The Hidden Gems of the Van Gogh Museum 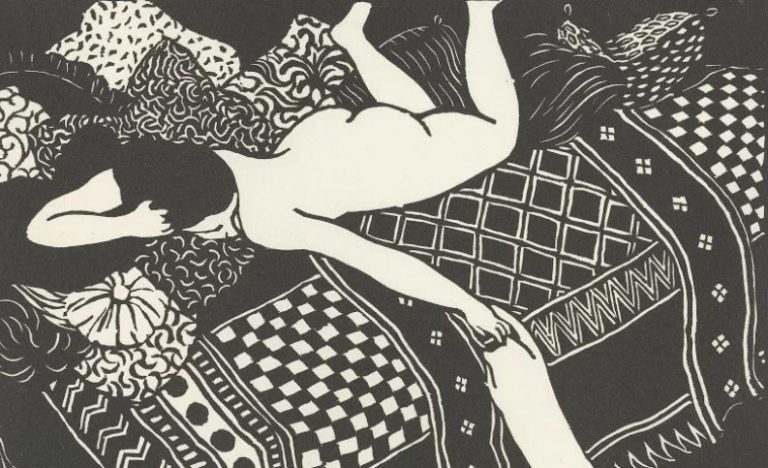 Every museum has its share of highlights. There are those that struggle with so many that it is difficult to make a list of reasonable length. The Van Gogh Museum in Amsterdam is one such case. But today we want to divert your gaze from the highlights, as you have already seen many of them before. Let us take a look at the hidden gems of the Van Gogh Museum. Some of them are amazing paintings, just overshadowed by others that have achieved more cultural recognition. Others are quirky, funny, or just very different in their own right, but still have very interesting perspectives. They shake us out of our complacent acceptance of what is considered a highlight. We can all have our subjective highlights lists, that is what’s so fun about art!

1. Vincent van Gogh, Head of a Skeleton with a Burning Cigarette

We all think of Vincent van Gogh as a tragic figure. An icon more than a human being. This painting shows he was more complex than that, prone to jokes as well. Van Gogh painted it in early 1886 while studying at the art academy in Antwerp. As much as drawing skeletons was a standard exercise in the art academies of the time, this example was probably painted during a break or after class. Van Gogh was bored to tears with such formal exercises, so he most probably did it to entertain himself and others. Although often interpreted as a criticism of smoking, Van Gogh was a keen smoker himself and continued to smoke until his death in 1890.

This is one of Van Gogh’s late works. Retaining the wavy lines of his other late works, it feels very different when we consider the colors. The focus on blue-white contrasts brings to mind the famous Delft pottery. (Delftware is one of the types of tin-glazed earthenware or faience in which a white glaze is applied, usually decorated with metal oxides, and in particular, the cobalt oxide that gives the usual blue color and can withstand high firing temperatures allowing it to be applied under the glaze.) It also forms part of the worldwide family of blue and white pottery, using variations of the plant-based decoration first developed in 14th-century Chinese porcelain, and in great demand in Europe.

Was Van Gogh really painting a vase of sunflowers when his friend Gauguin produced this portrait of him? No, he couldn’t have been: it was December and far too late in the year for sunflowers. But it is quite probable that Van Gogh painted a copy of one of his own sunflower pictures around this time. Gauguin liked to work from his imagination, a practice that Van Gogh disagreed with. They had many arguments about that. Gauguin urged Van Gogh to rely on imagination more and Van Gogh clung to the real world as the source of his art. A dilemma between being an observer passing on what they see filtered through their emotion and a creator using reality to feed their creative imagination.

This lovely painting shows Van Gogh’s keen interest in nature. Obviously, it is nearly impossible to paint a kingfisher from nature, so he had a mounted one. He dulled the bird’s typical blue plumage to explore the various shades it is composed of. In his eyes the bird becomes the synthesis of the green grass and blue water, combining perfectly both colors. The only thing preventing it from completely merging with the background is Van Gogh’s control of the brushwork, which gives it a very different texture. As if the shorter more nervous brushstrokes were reflecting the bird’s tendency for very quick movement.

Ok, so here we can argue, by all means, it is one of the most well-known paintings by Vincent van Gogh, once we are done with all the fields and self-portraits. But such a topic also stands out from his popular oeuvre like a sore thumb. It is ugly on purpose. It wants to be ugly, it means to be ugly.

Van Gogh bought the pair of shoes at a flea market. Then he walked through the mud in them until they were filthy. In his eyes that made them more interesting, and worthy of painting. It is a painting that, through the medium of an everyday worn-out thing, tells us about life. It instantly draws our minds to a person that would own such shoes. To how difficult their life must be. How poor they must be to be forced to keep using such old, damaged shoes. Those shoes tell a story.

Hiroshige was a Japanese ukiyo-e artist, considered the last great master of that tradition. He is best known for his horizontal-format landscape series The Fifty-three Stations of the Tōkaidō and for his vertical-format landscape series One Hundred Famous Views of Edo. The picture above is an example of the latter. The ukiyo-e artists produced woodblock prints and paintings of such subjects as female beauties, kabuki actors and sumo wrestlers, scenes from history and folk tales, travel scenes and landscapes, flora, and fauna, and erotica. The term ukiyo-e (浮世絵) translates as “picture[s] of the floating world.”

The subjects of Hiroshige’s work were atypical of the ukiyo-e genre. The popular series Thirty-six Views of Mount Fuji by Hokusai was a strong influence on Hiroshige’s choice of subject, though Hiroshige’s approach was more poetic and ambient than Hokusai’s bolder, more formal prints.

Van Gogh was a great admirer of Japanese art. He wrote that it made him happy and cheerful. This painting is based on Utagawa Hiroshige’s Plum Garden in Kameido. Van Gogh accurately reproduced the composition but made the colors much more intense. He replaced the black and grey of Hiroshige’s tree trunk with red and blue tones. He also added the two orange borders with Japanese characters for a decorative and exotic effect. If you compare the style with the previous paragraph print by Hiroshige you can almost touch the difference in the approach. Van Gogh is inspired by Japanese prints, but he does not blindly adopt the style, he makes it his own. Not for him the spider-web thin lines, or pastel colors. Van Gogh’s world is full of flesh and color, but he craves the order and composition of Japanese art.

There was a woodcut revival in France toward the end of the 19th century, in which the Swiss-French artist Félix Vallotton was the leading figure. Similarly, to Van Gogh, Japanese printmaking inspired him as well. For him, the focus what the decorative value of the image that drew him in. Here we see the stark contrast between the woman’s white body and the cat she lazily plays with, with the patterned couch and pillows. However, where Japanese printmakers tended to use lots of different colors in a single print, Vallotton worked exclusively in black and white. His French contemporaries also focused on color, making Vallotton’s work unique.

Van Gogh completed this painting in 1888 when he moved to Arles. He was hoping to found an artist’s colony there, renting the Yellow House and inviting Gaugin to join him. He expected more would follow. When he worked on this painting he was still staying at the Carrel Hotel. The woman we see is probably Elisabeth Garcin, the hotel owner’s mother-in-law. She was 68 years old at the time. The knotted black kerchief on her head was a typical part of a widow’s mourning dress. Despite the calmly cheerful palette of this painting, we cannot ignore the sadness in the woman’s eyes. Her life was difficult, she has been marked by it. But there is also calm and wisdom to it. Wisdom of resilience, of survival. Her life was hard, but she didn’t give up, she lived it, as she considered it her responsibility.

The Dutch painter Kees van Dongen married Augusta (Guus) Preitinger in 1901 and painted this almost life-sized painting of her the following year. She gazes provocatively through her eyelashes, her hand placed nonchalantly on her hip. How very different her life must be from the life of The Old Woman of Arles. Inequality is not a modern problem, it is becoming more and more pronounced, but there was no idyllic perfect time in human history when it wasn’t around.

Although this is a portrait of Van Dongen’s wife, it is her bright blue dress that steals the show. It contrasts strongly with Guus’s pale complexion and the red background, causing it to leap out of the canvas. The painting was directly inspired by Van Gogh’s bright colors and expressive brushwork.