The Sad Story of Vincent van Gogh and His Lovers 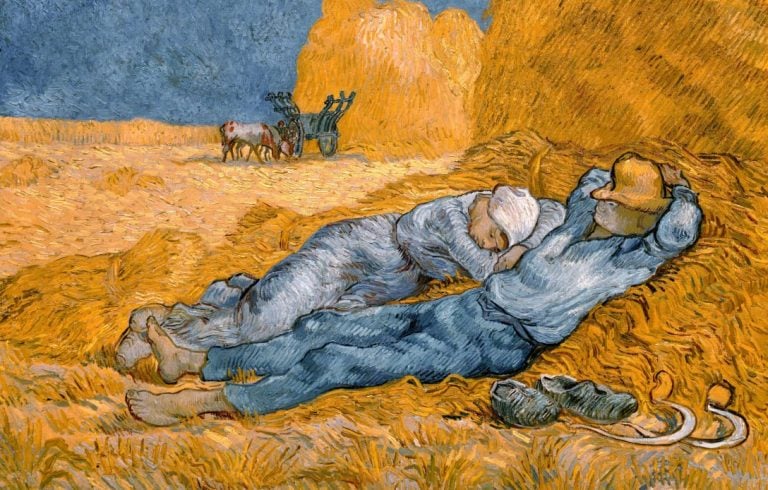 Vincent van Gogh’s love life was a really sad one. The list of the artist’s lovers is full of unsuccessful advances and rejections. This is the tragic story of Vincent van Gogh and his lovers: unfortunately, there will be no happy ending…

Van Gogh‘s choice of women was unconventional. Raised by a strict, protestant, pastor-father, throughout his life he oscillated between his respect for women as chaste, unattainable creatures, and his need for intimacy with women who were considered unsuitable. In most cases, the women he fell in love with were much older than him.

The young Vincent proposed to three women: Caroline Haanebeek in 1872, Eugénie Loyer in 1873, and Kee Vos-Stricker in 1881. Van Gogh was born in 1853 – so when he proposed for the first time, he was only 19 years old. All three women turned him down.

Caroline and her sister Annet were Vincent’s second cousins on his mother’s side. His love for Caroline went unrequited and she married another man. At the same time, Annet became a sweetheart of Theo (Vincent’s younger brother), but she fell ill and died.

Eugénie Loyer was the 19-year-old daughter of a principal of a boys’ school and Vincent’s landlady while the artist was living in London. The principal rented him a room when Vincent was taken on as a trainee in 1873 at Goupil art dealers. Vincent and Eugénie got on “like brother and sister”, but nothing more happened; Loyer was secretly engaged to Samuel Plowman, who used to live in a rented room before Van Gogh. Vincent became melancholic and began to act strangely.

The third woman, Kee Stricker, was also Van Gogh’s cousin. Vincent met her just after the recent death of her husband. However, Stricker’s answer to the marriage proposals was: “No, nay, never”. Yet, Vincent didn’t give up easily and even though both families opposed the relationship, the artist traveled to Amsterdam and turned up on the Stricker family’s doorstep. Everyone except Kee was sitting at the table. Vincent spoke with her father, Johannes Paulus Stricker, who tried to convince him to forget Kee. Van Gogh departed from the city, heartbroken.

There is no secret that Vincent was much attracted to “those women whom the clergymen damn so and superciliously despise and condemn from the pulpit” – as he wrote to Theo once. Of course, I mean sex workers. In 1882, he became involved with Clasina “Sien” Maria Hoornik (1850–1904), a pregnant sex worker he had met on the street. The family didn’t accept the relationship – not only because of Hoornik’s profession but also because she was Catholic.

Vincent would live with Sien Hoornik for more than a year and a half. This time was marked by physical and emotional instability for both of them. As Vincent became more and more involved with his work, she was pressured by her mother to return to sex work in order to earn a better living. Pushed by the family, Van Gogh left Hoornik behind in the city with her children. In spite of having promised to marry her, he would only see her one more time.

In 1884, Vincent moved back in with his parents in Nuenen. Margaretha “Margot” Begemann (1841–1907) was ten years his senior and the daughter of their neighbors. She responded to Vincent’s advances, but their proposed marriage was opposed by Margot’s sisters. Another problem was that Begemannfrequently suffered from nervousness and mood swings. On a walk in September 1884, she got so distressed by a gossip she heard that she had an anxiety attack, and Vincent discovered that she had attempted to commit suicide by swallowing poison. He forced her to vomit the poison out and consult a doctor.  The relationship ended then.

Years later, while living in France, Vincent asked his family how Begemann was doing. He also wrote in 1889 that he wanted her to have one of his pieces. She is known to have possessed two of Vincent’s early works.

Vincent had contact in Nuenen with a farmer’s daughter, Gordina de Groot, one of the “potato eaters“. When De Groot became pregnant, everyone was positive that Vincent was the father. He denied it, and it was later revealed that he indeed wasn’t the baby’s father. Whatever the case, the parish priest lost patience with all the tittle-tattle and promised to pay the villagers if they refused to pose for Vincent. Van Gogh made at least 20 studies of De Groot while in Nuenen, who, according to him, possessed “coarse, flat faces, low foreheads and thick lips, not sharp but full.”

What precisely went on between Vincent and Agostina Segatori, the Italian owner of the restaurant Le Tambourin, on the Boulevard de Clichy in Paris, remains unclear. The two had a relationship from December 1886 to May 1887.

According to Paul Gauguin, Vincent was “very much in love” with Segatori, but this lady friend too turned out to be a source of heartbreak. Émile Bernard later claimed that Segatori provided Vincent with free meals in exchange for paintings – mostly floral still lifes. Also, Segatori organized Vincent’s first exhibition at her Café Tambourin.

Segatori seems to be the last woman Vincent was in love with. After so many failed relationships, while staying in Arles in 1888, Vincent turned for comfort to sex workers and to his only “requited love” – art. His death occurred in the early morning of 29 July 1890, in his room at the Auberge Ravoux in the village of Auvers-sur-Oise in northern France. Van Gogh was shot in the stomach, either by himself or by somebody else, and died two days later. You can read more about his mysterious death here.