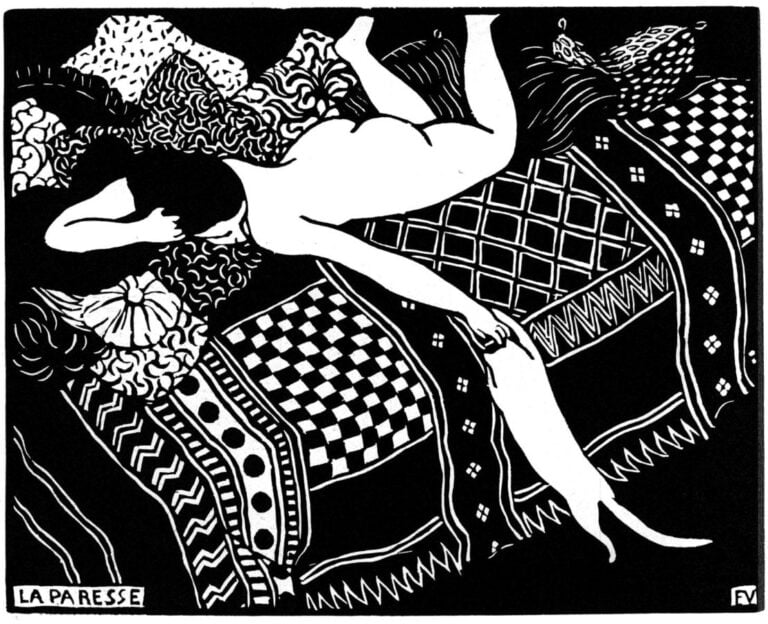 The Scenes You Might Know from Anime: Outstanding Prints of Hasui Kawase

Painting of the Week: Félix Vallotton, The Lie

Felix Vallotton is, in my opinion, one of the most underestimated modern artists. I haven’t heard about him in my art history lectures at university. He never gets to all those “best of classics”, “all art in the world you must know,” and other books or articles of this type. This is simply outrageous. Vallotton, a Swiss/French painter and printmaker, was associated with the Nabis. But, to be honest, it is very difficult to pigeonhole him into one style, or any particular style. Vallotton is Vallotton.

Here I want to introduce to you some of the prints Felix Vallotton was so famous for. Enjoy and tell us what you think about him in the comments!

In 1891 Vallotton executed his first woodcut. The many woodcuts he produced during the 1890s were recognized as innovative and established Vallotton as a leader in the revival of woodcuts as a true artistic medium. In his prints, Vallotton was always searching for visual elements with a ‘decorative appeal’ and La Paresse (Laziness) is a very good example. Vallotton created this seductive image using lines, surfaces, and contrasts in the block of wood; a naked woman and a cat were cut out in white surfaces, and he positioned them against a background of luxuriant patterns.

The naked woman and the cat! How cool is that!

Vallotton reached the highest point with his woodcuts in 1898 when he produced a series of ten woodcuts entitled Intimités (Intimacies), for the La Revue blanche, the French avant-garde art and literary magazine. This magazine was very important – it was published between 1889 and 1903 and had many influential contributors such as Toulouse Lautrec. The Intimités shows the tensions between men and women. It became so successful that it circulated in magazines and books all over Europe and the United States.

In Intimités, Vallotton disintegrates love between man and woman, blaming women for being insincere and scheming creatures, who often bring an element of spitefulness and dominance into relationships. Regarding his style, Vallotton’s influences were post-Impressionism, Symbolism, and especially Japanese woodblock prints. A large exhibition of Ukiyo-e prints was presented at the École des Beaux-Arts in 1890. Like many artists of his era, Vallotton was an enthusiast of Japonism and collected these prints.

His woodcut subjects included domestic scenes, bathing women, and portraits, as well as several images of street crowds and demonstrations – including several scenes of police attacking anarchists. He usually depicted types rather than individuals, eschewing the expression of strong emotion, and he used a lot of ironic humor.

During the 1890s Vallotton also became more politically engaged and communicated his sentiments through his prints. Examples can be found in Paris’s literary and political publications such as Le Rire, Le Revue blanche, L’Assiette au beurre, and Le Courrier français, as well as in Pan (Berlin), Die Jugend(Munich), and the U.S. publications Scribner’s and The Chap-Book.

Vallotton died of complications from cancer just one day after his 60th birthday, on December 29th, 1925. His woodcuts were widely disseminated in periodicals and books in Europe as well as in the United States. Furthermore, some suggest they were a significant influence on the graphic art of Edvard Munch, Aubrey Beardsley, and Ernst Ludwig Kirchner.