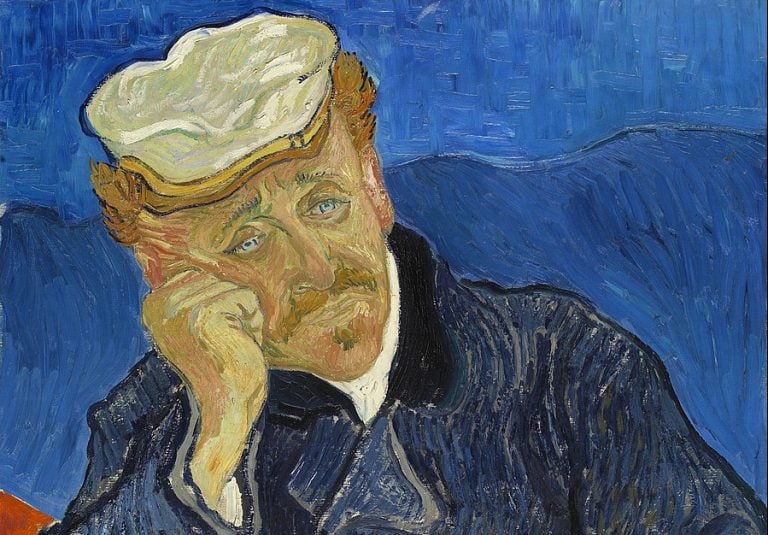 I know, it is a bit rude to discuss private lives of people. But when it comes to the Impressionists, knowing their relationships, connections, sudden twists of fate, and often difficult characters makes the whole story about them much more interesting. And we can see them as real humans, not superheroes from the artistic pedestal. They all knew each other, liked each other, loved each other. They were friends. Below we will tell you five Impressionist gossips that will make your jaw drop. Some of these stories are truly like a plot taken from some soap opera (Bold and Beautiful for example – but without all Ridge’s resurrections from the dead).

Disclaimer: all these stories are true, nothing was made up!

Claude Monet married his first wife Camille Doncieux in 1870 who gave birth to their two sons. But Camille got cancer and when she died – or shortly before her death – Monet began his relationship with Alice Hoschedé, the wife of his art patron. The situation was a bit twisted.

After Ernest Hoschedé’s bankruptcy in 1877, Monet was “swift to offer his support”, inviting the Hoschedés to live with him and his family. Two families – Monet and his two sons and Alice with her six children – lived together in the house in Vétheuil. When Camille died, Alice naturally took care of Monet and his sons. They lived in Vétheuil until April 1883. Monet looked out of the window of the little train between Vernon and Gasny and discovered Giverny in Normandy. Claude married Alice in 1892, when Ernest, from whom she was estranged, died.

It is said that after Camille’s death, when Monet and Alice where already together, Alice destroyed a lot of heirlooms left behind by Camille, which included some of Monet’s paintings of her.

As we have mentioned above, Alice’s and Claude’s children were raised together, firstly in Vétheuil and then in Giverny. When two of these kids grew up – Jean Monet and Blanche Hoschedé, they married each other. Btw. Blanche became an artist herself – she was the only Monet’s student and took care of him until his death.

Around 1869 Berthe Morisot, then still an art student, met Édouard Manet. They became close and there is a suspicion that the two were in love with each other. He painted her many times. A contemporary observed:

But in any case, he was married and she was careful. In 1874, at the age of 33 – late for a woman of that period – she married the 41-year-old Manet’s younger brother Eugène, who was also a painter. Eugène then set aside his own career to support hers. After the wedding, Édouard never painted Berthe again. I wonder how their Christmas parties looked like. Novelist George Moore, Édouard’s friend who found Morisot charming, remembered Édouard’s outrageous statement that: “My sister-in-law would not have existed without me.”

The last relationship gossip will be about the only American artist from the group, Mary Cassatt, and the famous Edgar Degas, who was obsessed with depictions of ballerinas.

Degas never married and little is known about his affairs, although it seems he didn’t have much of personal life and devoted himself to art. At the same time, he was known to have a horrible character and was also a harsh antisemite which caused him to break with most of his friends. Renoir remarked:

What a creature he was, that Degas! All his friends had to leave him; I was one of the last to go, but even I couldn’t stay till the end.

– attributed to Renoir, The Field.

Also, it seems that he deliberately cultivated his reputation as a misanthropic bachelor.

Despite everything, one person stayed with him – his fellow Impressionist Mary Cassatt. They had much in common: they shared similar tastes in art and literature, came from affluent backgrounds, had studied painting in Italy, and both were independent, never marrying. Degas and Cassatt were often to be seen at the Louvre, studying artworks together. Cassatt also frequently posed for Degas, notably trying on hats for his millinery series. He introduced her to pastel and engraving, while for her part, Cassatt was instrumental in helping Degas sell his paintings and promoting his reputation in America.

That is actually a very sad story. There were four female Impressionists. In addition to the already mentioned Berthe Morisot and Mary Cassatt there were also Eva Gonzales (who died young) and Marie Bracquemont.

Marie was very talented, at age 16 her painting was accepted at the Salon and she became a student of the great master Jean-Auguste-Dominique Ingres. That was something. But one day while copying at the Louvre she saw painter and etcher, Félix Bracquemond, who fell in love with her. They got married and she gave birth to their son in 1870. Marie withdrew from art and abandoned the artistic life almost entirely and unfortunately, it seems that it happened because of her resentful husband. Gustave Geffroy, a family friend and art critic, once described Félix as:

A terrible master, both argumentative and authoritarian, who was unwilling to cede any point. His temper disproportionately affected Marie – when she tried to appease him, he would reply, ‘Your sweetness crucifies me.’

According to their son Pierre, Félix brusquely rejected her critique of his work and refused to show her paintings to visitors. It is horrible, particularly because when we think about Berthe Morisot we know how supportive her husband, Eugène Manet, was. Mary Cassatt was associated with a supportive group of people: Edgar Degas, collector Louisine Havemeyer, and art dealer Paul Durand-Ruel, to name but a few. It was difficult to be a female painter in this epoch – but with good support it definitely didn’t have to be so oppressive.

If we compare the Impressionists to the Avengers, Gustave Caillebotte would be Tony Stark. Wealthy, a superhero himself, acting like a sponsor to some of his friends, and also a collector. Caillebotte was largely self-taught and made his debut very late, in the second Impressionist exhibition in 1876, showing eight paintings including now legendary The Floor Scrapers, his earliest masterpiece.

In 1881 Caillebotte was tired of the constant conflicts with the other members of the group and withdrew. He acquired a property at Petit-Gennevilliers on the banks of the Seine near Argenteuil, and moved there permanently with his brother Martial in 1888. His career slowed dramatically in the early 1890s when he stopped making large canvases. At the age of 34 he devoted himself to gardening and to building and racing yachts, and spent much time with Martial and his friend Auguste Renoir. He died at age 45 and for years he was forgotten as an artist and art history remembered him mostly as a collector and wealthy supporter of the Impressionists.

This is a gossip which doesn’t regard only the Impressionists – but it is a good one to. You probably recognize Dr. Paul Gachet – yes, the one who you may know from Van Gogh‘s work. Gachet was homeopathic doctor and artist with whom Van Gogh resided following a spell in an asylum at Saint-Rémy-de-Provence. He took care of Vincent during the final months of his life. And he also helped with giving birth of the second Monet’s and Camille’s son, Jean. He was also a friend of Renoir, Pissarro and Cézanne.