Masterpiece Story: Woman at Her Toilette by Berthe Morisot 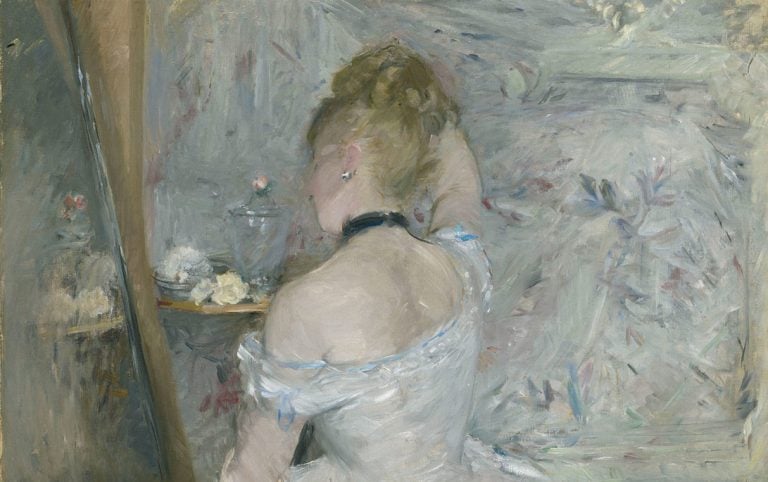 Berthe Morisot was closely associated with French Impressionism and actively participated in seven out of eight group exhibitions. She maintained close and creative links with Manet, Renoir, and Degas, sharing their interest in subjects derived from everyday life and in capturing the effects of light.

Morisot painted women and children set in many various scenes, as well as landscapes and still lifes. All display, in their poses, compositions, and painterly brushwork style, a sparkling spontaneity that inspired contemporary critics Paul Mantz and Théodore Duret to describe her as the quintessential Impressionist.

Berthe Morisot had very good art roots. She was the granddaughter of the famous Rococo painter Jean-Honore Fragonard (1732-1806). Berthe and her sister Edma had been enrolled in the École des Beaux-Arts, Paris, from 1856 to 1859. In 1868, Morisot met Edouard Manet, who became her advisor and a close friend. Morisot became a subject of many Manet’s paintings. She also married his younger brother Eugène.

The painting is like a visual poem, with all these shades of lavender, pink, blue, white, and gray. By denying us seeing the model’s face, Morisot broke with the convention of using the mirror as a means to double the voyeuristic pleasure of glancing at a woman unawares. Morisot’s women are usually like this – suggestive and delicate, implied by the nuance of color and lightness of touch.