The Grand Tour: Everything You Need to Know 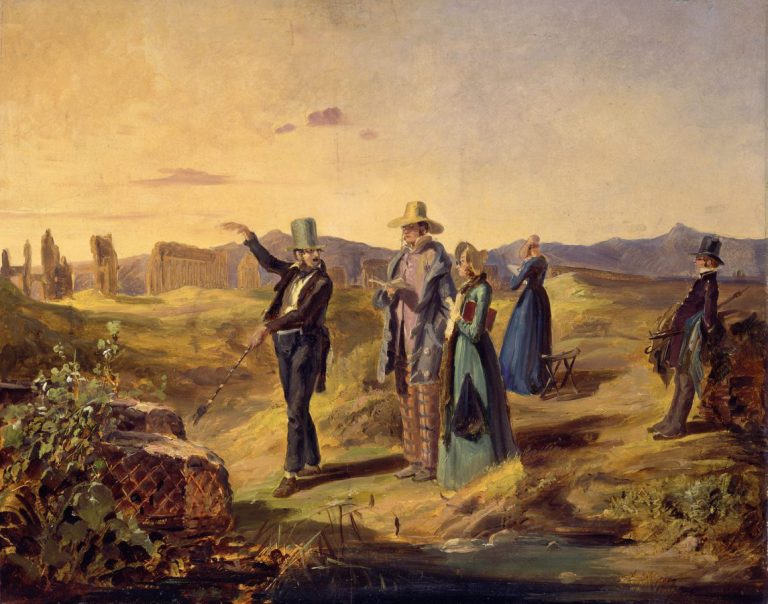 How to Do a 21st-Century Grand Tour According to Mr. Bacchus

Nowadays, it is very common to take a gap year before or after university studies to travel and expand your horizons. Dedicating a year or two before committing to a full-time job means you can experience different cultures, learn languages, and enjoy having a bit of fun before settling down. Back in the day, with similar objectives, many noblemen embarked on a journey across Europe before entering adulthood. It was called the Grand Tour.

The Grand Tour evolved between the 17th and 18th centuries as a custom of a traditional trip. The purpose of the Grand Tour was to provide male members of upper-class families with a formative experience. The term was first used by the Catholic priest and travel writer Richard Lassels in his guidebook The Voyage of Italy. The book came out in 1670 and described young lords traveling to Italy to see art, architecture, and antiquity. Lassels completed the Grand Tour five times during his lifetime.

In England, for example, the general view held by the aristocrats was that foreign travel completed the education of an English gentleman. However, some people were also quite skeptical about the tour. They feared the amount of money spent to make the Grand Tour possible could ruin the young nobility.

Although the Grand Tour was largely associated with English travelers, they were far from being the only ones on the road. On the contrary, wealthy families in France, Germany, Netherlands, Sweden, and Denmark also saw traveling as an ideal way to finish the education of their societies’ future leaders.

Itinerary of the Grand Tour

The traditional route of the Grand Tour usually began in Dover, England. Grand tourists would cross the English Channel to Le Havre in France. Upon arrival in Paris, the young men tended to hire a French-speaking guide as French was the dominant language of the elite during the 17th and 18th centuries. In Paris, they spent some time taking lessons in fencing, riding, and perhaps dancing. There, they became accustomed to the sophisticated manners of French society in courtly behavior and fashion. Paris was a crucial step in preparing for their positions to be fulfilled in government or diplomacy waiting back in England.

From there, tourists would buy transport, and if they were prosperous enough, they would hire a tutor to accompany them. The travelers would then get back on the road and cross the Alps, carried in a chair at Mont Cenis before moving on to Turin.

Italy was exceedingly the most traveled country on the Grand Tour. A Grand tourist’s list of must-see cities in Italy included Florence, Venice, and Naples. And then, there was Rome. Each Italian city offered immense importance in experiencing art and architecture, and Rome had it all.

Once arriving in Italy, noblemen traveled to Florence followed by Venice, Rome, and Naples. Florence was popular for its Renaissance art, magnificent country villas, and beautiful gardens. Young aristocrats were able to gain entry to private collections where they could observe the legacy of the Medici family. Venice, on the other hand, was the party city. There was, however, a second reason to visit Venice. During their travels, grand tourists often commissioned art to take back home with them. Wealthy ones brought sketch artists along with them. Others purchased ready-made artworks instead. Giovanni Battista Piranesi created numerous prints and sketches depicting the ancient ruins in Rome. The works of the Venetian artist were popular among noblemen.

Rome was considered the ultimate stop during the Grand Tour. The city had a harmonious mixture of past and present. One could experience modern-day Baroque art and architecture and ancient ruins, dating back thousands of years at the same time. It was lauded as home to Michelangelo’s and Bernini’s most prized works. Gentlemen visited spots like the Pantheon, the Colosseum, and Porta del Popolo. William Beckford described his feelings in a letter when he was on his Grand Tour:

Shall I ever forget the sensations I experienced upon slowly descending the hills, and crossing the bridge over the Tiber; when I entered an avenue between terraces and ornamented gates of villas, which leads to the Porto del Popolo…

The next stop on the route was Naples. When Italian authorities began excavations in Herculaneum and Pompeii in the 1730s, grand tourists flocked there to delve into the mysteries of the ancient past. Naples became a popular retreat for the British who wanted to enjoy the coastal sun. Travelers such as J. W. Goethe praised the city’s glories:

Naples is a Paradise: everyone lives in a state of intoxicated self-forgetfulness, myself included. I seem to be a completely different person whom I hardly recognize. Yesterday I thought to myself: Either you were mad before, or you are mad now.

Returning home, young gentlemen crossed the Alps to the German-speaking parts of Europe and visited Innsbruck, Vienna, Dresden, and Berlin. From there, they stopped in Holland and Flanders before returning to England.

With the introduction of steam railways in Europe around 1825, travel became safer, cheaper, and easier to undertake. The Grand Tour custom continued; however, it was not limited to the members of wealthy families. During the 19th century, many educated men had undertaken the Grand Tour. It also became more popular for women to travel across Europe with chaperones. A Room with A View, written by English novelist E. M. Forster, tells the story of a young woman who embarks on a journey to Italy in the 1900s.

Legacy of the Grand Tour

Grand tourists would return with crates full of books, oil paintings, medals, coins, and antique artifacts to be displayed in libraries, cabinets, drawing rooms, and galleries built for that purpose. The marble sarcophagus shown above was brought back from Italy to England by the third duke of Beaufort who found this item during his Grand Tour stop in Pompeii. Impressed by the European art academies on his Grand Tour, Joshua Reynolds founded the Royal Academy of Arts in London upon his return in 1768. The Grand Tour inspired many travelers to take a greater interest in ancient art. The British School in Rome was established to learn more about the Roman ruins and it still exists today.