The Veiled Christ: Art or Alchemy? 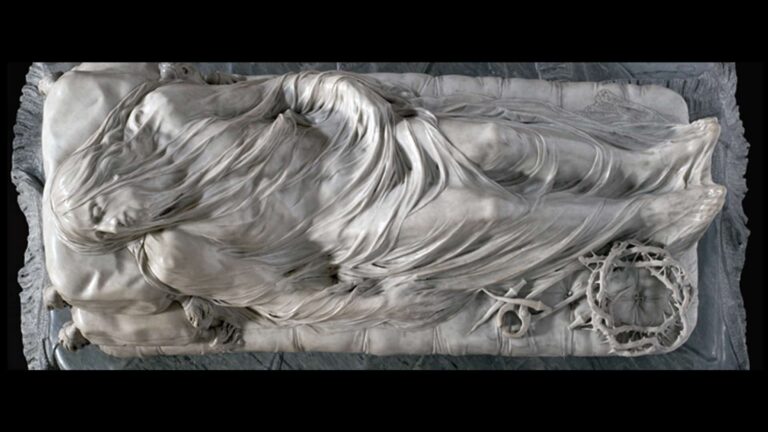 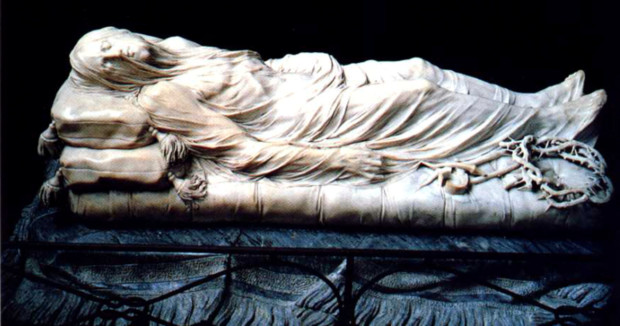 Giuseppe Sanmartino, The Veiled Christ, 1753, Sansevero Chapel[/caption] In the nave of the Sansevero Chapel in Naples is the Veiled Christ by Giuseppe Sanmartino. This is a sculpture of Jesus after his crucifixion, lying on his back, covered with a thin shroud edged with intricate embroidery. The shroud, although carved from the same marble slab as the statue is so transparent and thin, you can make out the tiniest details in the sculpture such as the nail holes in his feet and hands, his ribs, a swollen vein in his forehead, and his facial expression. Some claim that the shroud was created from alchemy. [caption id="attachment_8349" align="aligncenter" width="620"] 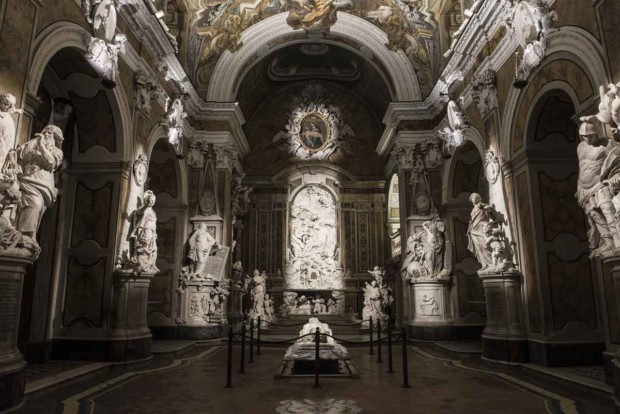 Giuseppe Sanmartino, The Veiled Christ, 1753, Sansevero Chapel[/caption] Prince Raimondo di Sangro spent much of his life and money meticulously renovating the Sansevero Chapel in the 1700s. He wanted a sculpture of Jesus after his death covered in a shroud that was carved from the same marble block. Originally Antonio Corradini was chosen to carve the statue and had already created a terracotta model to scale, but died before he could create the final work. The prince’s second choice was a young artist named Guiseppe Sanmartino. Sanmartino disregarded the model and created his own version of The Veiled Christ in 1753. The success of this sculpture helped launch Sanmartino’s career. [caption id="attachment_8347" align="aligncenter" width="620"] 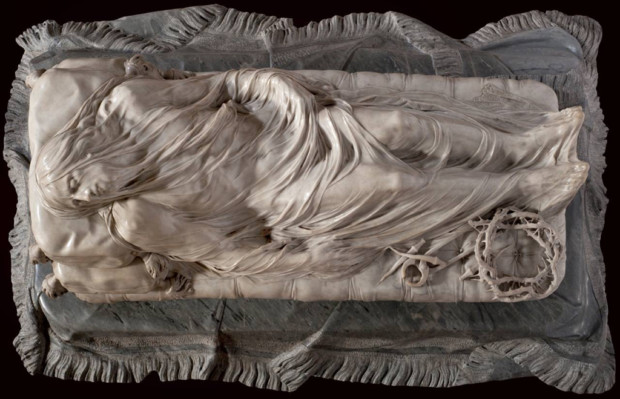 Giuseppe Sanmartino, The Veiled Christ, 1753, Sansevero Chapel[/caption] The Veiled Christ is so skillfully carved that viewers thought that alchemy by Prince Raimondo created the shroud covering the very life-like body of Jesus. The Prince was the Grand Master of the Neapolitan Masonic Lodge and a practicing alchemist. He had a brilliant mind and was a talented scientist and inventor. He was heavily involved in the creation of art in the chapel. The Prince invented paints for the chapel’s ceiling, which created the best-preserved fresco of the Baroque Era. He also invented a way to make an intricate labyrinth of continuous marble for the floor. While he hired artists to create the projects, his input and inventions heavily guided their work. Unfortunately, Prince Raimondo was not inclined to share his discoveries or inventions so there is a lot of mystery surrounding the chapel and his life. His family was also threatened to be excommunicated by the Catholic Church if they did not destroy all of his writings and scientific results after his death. [caption id="attachment_8351" align="aligncenter" width="620"] 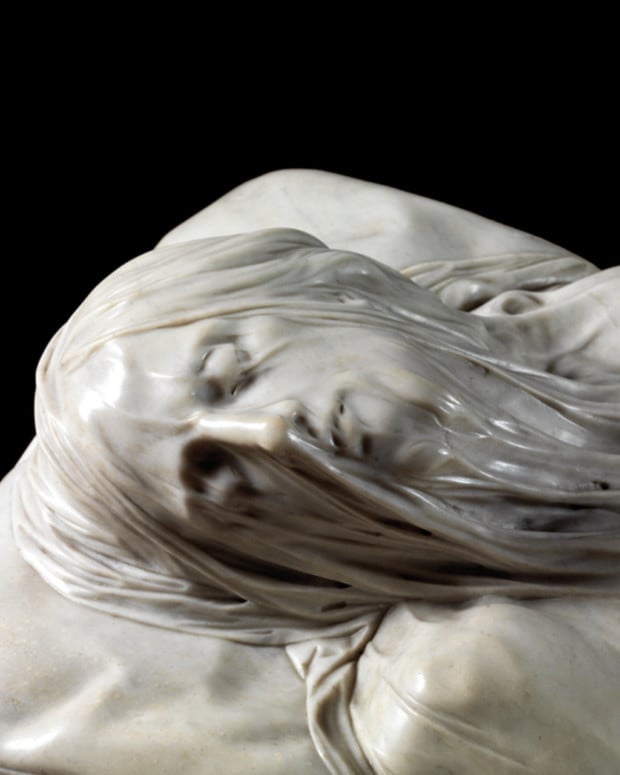 Giuseppe Sanmartino, The Veiled Christ, 1753, Sansevero Chapel[/caption] While much of his ingenuity is lost to posterity, Prince Raimondo left behind a chapel filled with awe-inspiring art. At the center is Guiseppe Sanmartino’s Veiled Christ, which is a moving and breath-taking work of art. It is at the top of my must see in person works of art. If you are keen on sculptures, maybe you will find this article interesting: "5 Fleshy Sculptures That Could Come To Life".