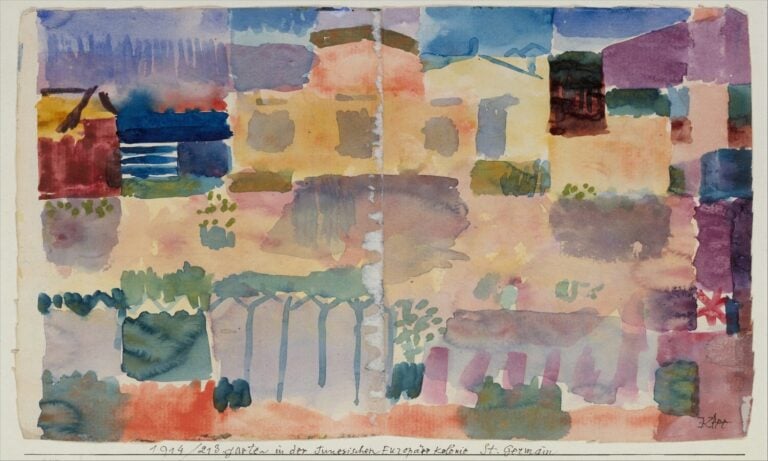 The summer months are coming soon; a time generally seen as an opportunity for traveling. A time for flying to far off destinations; a respite from our usual lives. Some of us want to experience the beaches; others, mountains or even the desert climate. While they may be lesser or well known travel destinations, below are listed several locations to consider for future travel based on favorite artists travel destinations.

Georgia O’Keefe had Hawaii. Many Impressionist artists had the north of France. Edward Hopper loved Cape Cod. Additionally, as you will see below, there were and are many other artists travel destinations around the world where they have found inspiration throughout history. Whether they lived in the location they depicted, or were merely passing through, these places left a lasting mark for a reason.

Travel Destinations by the Sea

The Austrian artist, known for his Art Nouveau style, found respite at Lake Attersee in Austria. While it is very much unlike his portrait paintings, it is a beautiful glimpse of the Austrian landscape.

This particular painting is of an island off the coast of Italy. Today, it is much less crowded than its counterpart, Capri, and offers beautiful beaches and thermal spas to enjoy.

Perhaps Munch’s most famous painting, The Scream, shows a glimpse of a fjord in Norway. Likewise, below is a closer glimpse of a similar landscape featuring a body of water late at night.

Friedrich painted this after a trip to the German island, where he spent his honeymoon. It is typical of Romanticism and the figures are dwarfed by the natural elements surrounding them. Above all, the focus is on the white cliffs overlooking the sea.

This Italian gulf is located just outside of Naples but maintains a life of its own. It is an frequent artists travel destination. That is to say, it is an area rich with history. As is seen below, Hackert depicted a scene looking towards the gulf, including steaming volcanoes in the area.

Ferdinand Runk was a German-Austrian landscape painter, etcher, and draftsman. The court artist spent a great deal of time in Český Krumlov. The city, which surrounds the Český Krumlov castle, was designated as a UNESCO World Heritage site in 1992.

Künl painted a portion of what is known as “Fish Market” in the capital city of Slovenia. The area is now filled with more charm, because the new merges with the old of the historical market. The Ljubljana Castle sits at the top of a hill in the background of the painting. Unfortunately, now it is closed due to recent events; however, the castle is usually open to the public to visit.

Travel Destinations to the Deserts of the World

The Dutch artist, actor, and director Jeroen Krabbé has traveled the world capturing landscapes and more with his paintbrush and camera. His painting below of the Salta region of Argentina showcases that the region offers more than meets the eye. While most people might look to Patagonia for their next trip, why not consider Salta? For example, the area is rich in history, dating back to the Inca Empire.

The Swiss-German artist visited Tunisia with two other artists in 1914 for a brief period. As a result of his trip, Klee found his way as an artist, because the country deeply inspired him. Tunisia sits on North Africa’s coast, with the Mediterranean to the north and the Sahara to the south, and is therefore perfect for anyone looking for adventurous travel destinations. Regardless, travelers often over-look the nation for the more well-known artists travel destinations such as Egypt and Morocco. The capital, Tunis, offers a little something for everyone, for instance, ruins, beaches, and beautiful architecture. Klee’s painting, however, is of the city of Kairouan, which is now a UNESCO World Heritage Site.