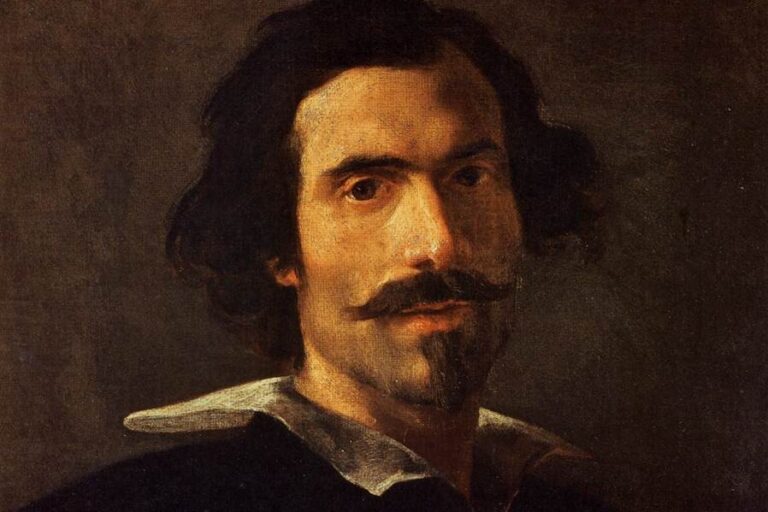 Bernini VS Borromini – The Greatest ‘Chisel Off’ in Art History

Gian Lorenzo Bernini was a multifaceted artist. He is mostly known as a sculptor and architect, but he was also a painter and a city planner. He didn’t invent Baroque art but he was groundbreaking and strongly affected the art of his time. The biggest name of Roman Baroque, he brought to his sculptures movement and sensuality never seen before.

Gian Lorenzo Bernini was born in Naples on December 7th, 1598. A young prodigy, Bernini first trained in his father’s workshop. He was the son of Pietro Bernini, a Mannerist sculptor who didn’t achieve an inch of his son’s fame. It was through his father that his talent caught the attention of important names who would later become his patrons.

In Rome, Pietro Bernini worked for years for Pope Paul V, who noticed the young boy’s talent. From 1618 to 1624, Gian Lorenzo worked for the Pope’s nephew, the Cardinal Scipione Borghese, marking the beginning of his work for religious figures.

The religious crisis that started in Germany with Martin Luther strongly affected Rome, the center of the Catholic Church. Bernini worked in the city during this time when the church needed to show its strength. Art was a means to this, being used to teach and inspire the faithful. One of the goals of Baroque art was to involve the viewer through feelings and the physical experience.

In this context, popes were some of the biggest patrons of the arts. They commissioned many public works and Bernini worked for several Cardinals and Popes. He was very religious himself, a devout Catholic. Bernini made sure that his religious art was intelligible and realistic, inspiring piety in the viewer.

Since moving there in about 1605, Bernini pretty much never left Rome. He only left the city once, in 1665, for a short trip to Paris by the invitation of Louis XIV. The architect was invited to redesign the Louvre, working on four different projects for the building. None of them was accepted but he did end up doing a marble portrait of the king. After these six months spent in France Bernini never left Rome again, dying there in 1680.

Bernini was very much in love with Costanza Bonarelli. One small problem: she was married to one of his assistants. They had an affair and Bernini even made a beautiful marble portrait of her. This work is clearly very personal and intimate (notice the buttons of her clothing slightly opened).

She later had an affair with his younger brother Luigi, though. Furious, Bernini nearly killed his own brother when he discovered their relationship. He then punished his lover by paying a servant to injure her face with several cuts, leaving a deep scar on her face. Even though he committed a crime by ordering Costanza’s face-slashing, under the protection of the pope he didn’t suffer any consequences. Pope Urban VIII even arranged his marriage with another woman after all this.

His rivalry with Francesco Borromini is another well-known gossip from the time.

Bernini’s Works You Must Know

The story of Apollo and Daphne is told by Ovid in Metamorphosis. Long story short, Apollo was amazed at the Nymph Daphne’s beauty and relentlessly pursued her. In order to finally escape Apollo’s unwanted chase, her father Peneus transforms her into a laurel tree. It is this exact moment that Bernini chose to represent: Daphne’s transformation. Her hands are turning into twigs and leaves meanwhile her legs are growing into the ground. The sculpture is pure movement, filled with life. It can be seen from all angles, an ever-changing work.

You’re probably familiar with Michelangelo’s David – standing in contrapposto, thinking before acting, the image of the High Renaissance. Bernini’s David takes a different approach, he is shown right in the middle of action. We can see the torsion of his body and his face is very expressive. Unlike the other placid David, this one invites us to read the emotions on his face and relate to them, feel what he is feeling. The sculpture displays movement, energy, tension, and drama. Fun fact: the model used for it was Bernini himself and it was completed in seven months.

Teresa of Ávila was a Spanish nun who wrote about the spiritual and religious visions she had. She was later canonized, becoming Saint Teresa. One of the circumstances she wrote about was being visited by an angel and, having her heart penetrated by his golden spear, being filled with sweet and intense pain, consumed by the love of God. This work is located in the Cornaro chapel. On either side of the sculpture, members of the Cornaro family are depicted in theater boxes (as if they were watching the scene displayed before them). This is very much related to the theatricality of Baroque art that involves the viewer.

This fountain’s name translates literally to “Fountain of the Four Rivers”. Located in Rome, in the Piazza Navona, it was designed by Bernini in 1651. Four different river gods are depicted, representing the four major rivers known at the time: the Nile, the Danube, the Ganges, and the Río de la Plata. This fountain is just one among many Bernini designed. Public fountains served as a water source, of course, but they were also monuments to papal patrons.

In Italian, a public square space is called a piazza. The one of the St. Peter’s Basilica was designed by Bernini to bring attention to the building. A complex and dynamic geometry was built to represent the arms of the church reaching out to embrace the faithful. Bernini’s structure frames the façade of the Basilica and reaches out into the city, creating a transitional space between the secular and the religious. The colonnade that frames the square is made up of 284 massive columns organized in four rows. Above the colonnade, there are 140 sculptures of saints that watch over the piazza.