The Dazzling Davies Sisters and Their Impressionist Art 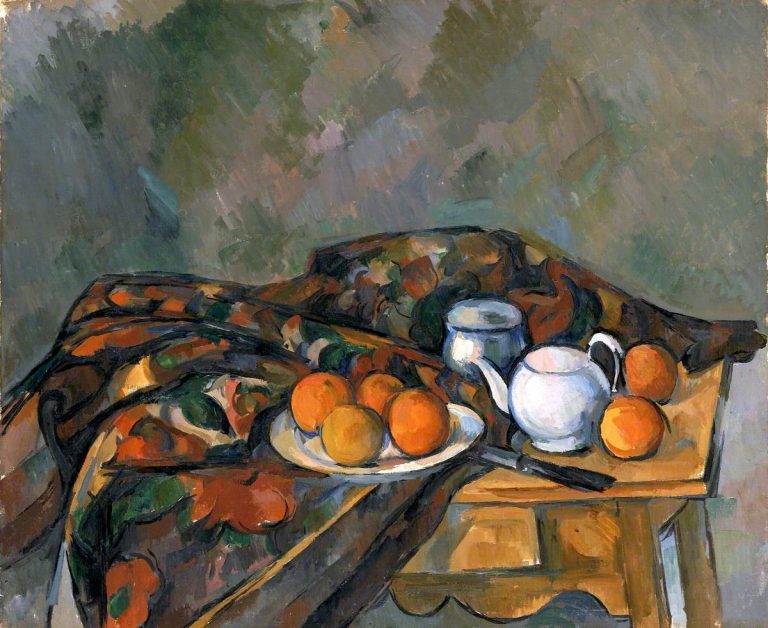 The Davies sisters grew up in a remote corner of Victorian Wales. They were religious, teetotal and never married. But these demure young women, with no previous art knowledge, managed to gather together probably the most important collection of French Impressionist and Post-Impressionist art in the UK.

The ‘ladies of Gregynog’ as they were known, were born in Llandinam in Mid Wales, UK. Gwendoline was born in 1882 and Margaret (or Daisy, as she was known) came along two years later.

Their grandfather, David Davies, was one of Wales’ greatest Victorian entrepreneurs. At the time of their father Edward’s death, the sisters were said to be the wealthiest unmarried women in the UK. But they had a strong social conscience, and along with their brother, David, they were very aware they owed their wealth to the labours of ordinary Welsh people. From an early age they felt that they had a duty to ‘give something back’, and the story of how they did this is fascinating.

In 1895, their governess, Jane Blakerthey, joined them. She was a well-educated and lively teacher, and a lover of the arts. Jane encouraged their fascination with French culture and art. Jane’s brother, Hugh, also became a friend, and he had a huge influence on their art purchases. Hugh was passionate about the new approaches to art developing in France at the end of the 19th century, especially Impressionism, which they began to collect. They obtained one of Van Gogh’s last works before his suicide:

For Gwendoline in particular, the central purpose of art was not to confront but to inspire. Over the years, the two sisters amassed almost 300 pieces of art, including works by Monet, Renoir, Pissaro, Manet, Cezanne and Van Gogh. Their Impressionist collection comprised almost entirely of landscapes, seascapes and a small collection of town / cityscapes. But they did gather some portraits as well, including this unfinished work by Renoir:

Their collection was extensive – containing 143 different artists! As well as Impressionists, they also collected a smattering of old masters such as Botticelli, Velazquez, Van Dyck, Gainsborough, and El Greco. Plus paintings by Turner, Whistler, Constable, Millet and 30 works by the Welsh artist Augustus John. They also had a fine collection of prints, etchings and sketches. Quite a haul! They even nabbed one of the few Impressionists who worked briefly in Wales. Alfred Sisley lived mainly in France, but visited Wales and married his wife Eugénie Lesouezec, in Cardiff. Sadly the artist and his wife were in failing health and both died a couple of years later.

At the Front in World War One

During the First World War, the sisters spent time at the front with the French Red Cross running a canteen for French troops, witnessing first-hand the terrible suffering of the soldiers. Margaret knew Rouen well after spending some of her war years there, and purchased this Pissarro in 1920:

The sisters’ war work began long before they went to France. Gwendoline, Margaret, and their brother David helped nearly a hundred Belgians to find refuge in Wales. In the early months of the war, thousands of Belgians fled their homes ahead of the invading German army. Among them were the painters Valerius de Saedeleer, Gustave van de Woestyn and sculptor George Minne. The Davies family found them and their families places to stay and supported them throughout the war. Consequently, the work of all three artists was profoundly influenced by their Welsh exile.

A Post-War Island of Peace

After the war the sisters felt urged to do something for the Welsh soldiers returning from the trenches. They supported lots of worthy causes, but they felt creative outlets were vital. At the same time, they were aware of a need to improve the standards of art, design, and craftsmanship in Wales. So, in 1919 they bought the family mansion – called Gregynog –  from their brother. Their dream was to build ‘an island of peace’ in Wales where all forms of the arts could flourish. It was to be a place of music, song, poetry, painting and printing. Over time it became famous as a venue for music festivals, concerts, and conferences. Rooms were filled with Arts and Crafts furniture, with paintings by Cezanne and Monet on the walls.

Help for Women and Girls

As well as returning soldiers they helped girls and women. Margaret was associated with the early Girl Guide movement and also ran summer camps for hundreds of girls from poor mining areas. She joined the girls under canvas sometimes, much to their amusement! Also she established a rest home for the wives of the miners who worked for them. She said that a few days of ‘food, fresh air and relaxation’ made a significant difference to their ability to cope on their return home. The sisters committed themselves to positive action that made a lasting difference to the lives of those they met. Gwendoline loved the domestic monochromatic style of Eugene Carriere and this family-focused painting was a particular favorite:

While Margaret was working on her women’s projects, Gwendoline was passionate about establishing a private press to print and publish limited edition high quality books. Over the forthcoming decades Gregynog became famous as publisher of some of the finest hand-printed books of the era.

By the 1930s, the sisters were recognised as astute collectors of new art, well ahead of their time. Many literary greats visited Gregynog, including George Bernard Shaw. Visitors to the house always praised the sisters for their modesty and lack of vanity in the face of such immense wealth.

Gwendoline and Margaret Davies are much more than the ‘two unknown spinsters’ of Welsh art history. Their determination to use their wealth for the wider good was remarkable. Their lives and work had an immense influence on the way the arts are viewed in Britain, and particularly in Wales.

Samuel Courtauld was instantly overwhelmed by Cezanne’s The Francois Zola Dam loaned by Gwendoline to the Tate for exhibition in 1922. This painting is considered one of Cezanne’s finest Provencal views, and he was one of Gwendoline’s favorite painters. Courtauld said that seeing it inspired him to collect similar works, now bequeathed to the Courtauld Institute of Art.

There was criticism, however. Some felt that their emphasis on buying French Impressionism adversely affected the growth of home-grown British Impressionism (such as Huw Wynstan Jones below), and unduly influenced national museum and gallery collection policies for years to come.

The legacy of the dedicated Davies sisters cannot be underestimated. They were courageous enough to take chances in their choice of purchases, and they travelled the world during a period when this was not necessarily the expectation for young single women. Unmarried life enabled them to pursue cultural and philanthropic activity that a husband could have curtailed. They are a fascinating pair – sophisticated yet naïve, restricted yet free, forward thinking yet inextricably part of their time. But there is no doubt at all that these two wonderful women gathered one of the great British art collections of the 20th century. Just as the Impressionists rebelled against the old-fashioned values of the French art world, so the sisters shone a bright, modern light on the stuffy British art world.

Gwendoline died in 1951 and Margaret died in 1963. In 1967, a Davies Memorial Gallery was built in Newtown, Wales, using a legacy left by the sisters. In January 2003, after major refurbishment, the Gallery re-opened as Oriel Davies Gallery. Oriel Davies continues with the ethics of the Davies sisters today, with a programme of innovative community projects. The 260 works the sisters generously donated to their country can be seen at the Museum of Wales in Cardiff.

Read more about art patrons and creators of great collections: