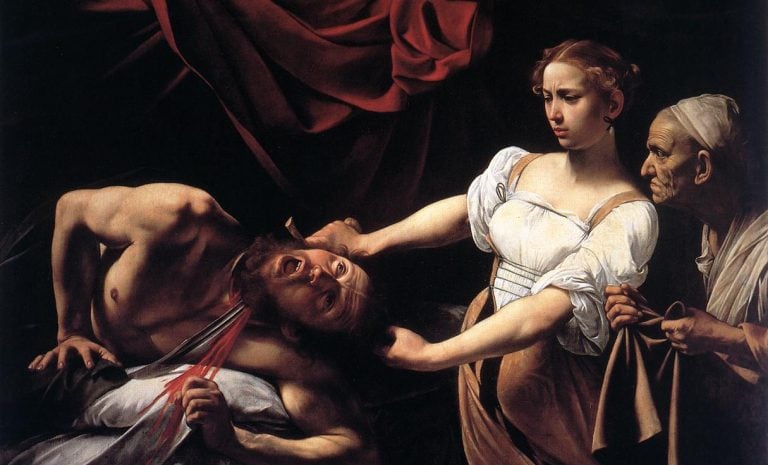 Was Nicolas Poussin a Baroque Artist?

Peter Paul Rubens, Caravaggio, Diego Velázquez, Rembrandt van Rijn and Nicolas Poussin – they were the five greatest painters of the 17th century. Baroque was a period of excellence that produced one of the most important and famous artworks in the history of Western art.

Few people are aware that the first of our Baroque painters, Michelangelo Merisi, better known as Caravaggio, was more famous during his life for his violent behavior rather than for his art. The Italian artist from Bergamo came to be known as a pioneer of tenebrism (tenebroso), the use of dramatic contrast between light and shade.

Caravaggio led a truly dramatic life, just like his paintings, and he is known to have committed serious crimes more than once in his lifetime. At the age of 38, he died under mysterious circumstances in Porto Ercole in Tuscany.

Bacchus was painted during Caravaggio’s 1595 sojourn in Rome with his first patron, Francesco Maria del Monte.

Rembrandt van Rijn, the eminent Dutch painter, was born in 1606 in the present Netherlands, and even though he never went abroad his pieces were inspired by foreign influences. When most people think of the most significant Baroque painters and the Dutch Golden Age, Rembrandt almost universally comes to mind. This is because his work was truly significant. Auguste Rodin once famously stated,

Compare me with Rembrandt? What sacrilege! With Rembrandt, the colossus of Art! We should prostrate ourselves before Rembrandt and never compare anyone with him!

Self Portrait with Two Circles is a mystic piece, painted in Rembrandt’s later years of life and one of his many self-portraits.

Peter Paul Rubens, known for being “the prince of painters and the painter of princes,” was a flamboyant Flemish grand master of art born in 1577. His work was highly influenced by historical and mythological ideas, and his unique painting style came to be associated with the Counter-Reformation.

The Garden of Love was a symbol of love for his second wife, the young and beautiful Helena Fourment. The painting depicts a scene of flirtation in a utopian garden filled with Renaissance elements.

Diego Velázquez was a prominent court painter of the Spanish King Philip IV. He represented the Spanish Golden Age being one of the best portraitists of his time. Velázquez was familiar with Italian art; his inspiration initially came from artists such as Raphael and Michelangelo. Later in his life, his work inspired the Realists and Impressionists.

The Rokeby Venus was strongly criticized by the Catholic Church. This painting is the only surviving piece by Velázquez that presents a female nude.

5. Nicolas Poussin, Landscape with a Calm

Nicolas Poussin was one of the famous French Baroque painters. He introduced the classical tradition which was often described as embodying the opposite traits of Caravaggio, and there is some truth to this. His works were very subtle and his compositions were meticulously staged, just as if on a stage. Poussin inspired other great painters in later centuries, such as Jacques-Louis David, Jean-Auguste-Dominique Ingres and Paul Cézanne.

Landscape with a Calm is an image of silent tranquility. Rather than telling us a story, the painting seeks to awaken our imagination.