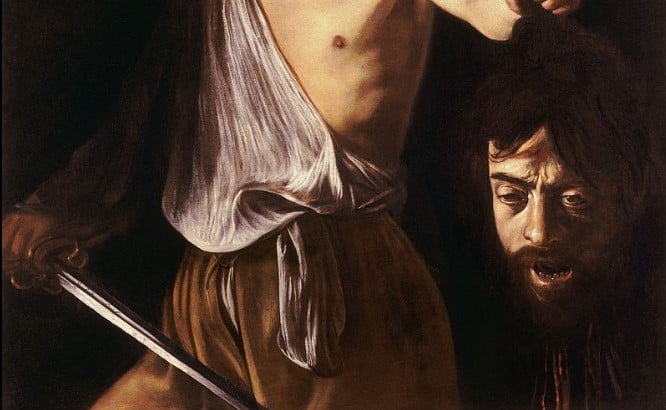 Caravaggio was a great artist, no doubt about it, but he was also rowdy. An early published notice on him, dating from 1604 and describing his lifestyle three years previously, recounts that “after a fortnight’s work he will swagger about for a month or two with a sword at his side and a servant following him, from one ball-court to the next, ever ready to engage in a fight or an argument, so that it is most awkward to get along with him”. In 1606 he killed a young man in a fight and fled from Rome with a price on his head. He was later involved in a brawl in Malta in 1608, and another in Naples in 1609, possibly a deliberate attempt on his life by unidentified enemies. This encounter left him severely injured. But how did Caravaggio die?

A year later, at the age of 38, he died under mysterious circumstances in Porto Ercole in Tuscany, reportedly from a fever while on his way to Rome to receive a pardon. There are a couple of theories explaining Caravaggio’s death, including those mentioning malaria and simple sunstroke. However, lately Italian scientists and researchers suggested new theories:

Italian scientists in 2010 said they are “85% sure” they found Caravaggio’s bones, thanks to carbon dating and DNA checks on remains excavated in Tuscany. This suspected skeleton contains levels of lead high enough to have driven the painter mad and helped finish him off. Lead poisoning won’t kill you on its own, but it is believed it helped to infect wounds and caused sunstroke that killed the great artist. What’s interesting, art historians already suspect that Goya and Van Gogh may have suffered from the ill effects of the lead in their paints too.

2. Murder by the Knights of Malta

In 2012, a new theory was put forward. According to professor Pacelli of the University of Naples, Caravaggio was killed in cold blood on the orders of the Knights of Malta to avenge an attack on one of their members. Professor Pacelli unearthed documents from the Vatican Secret Archives and from archives in Rome which suggest that the artist was instead murdered by the Knights of Malta. They then threw his body in the sea at Palo, near Civitavecchia, north of Rome. This “state-sponsored assassination” was carried out with the secret approval of the Vatican. This theory might also explain Caravaggio’s death.