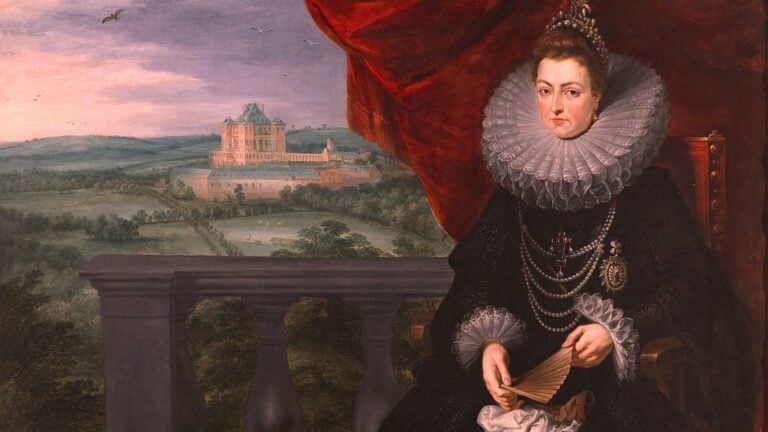 Peter Paul Rubens was a Flemish artist. Considered one of the greatest exponents of the Baroque, he is best known for his mythological, allegorical and religious paintings. He was born in Siegen (Holy Roman Empire, now Germany) in 1577 and died in Antwerp (Spanish Netherlands, now Belgium) in1640.

Here we present 10 things you should know about Peter Paul Rubens’ life, works and legacy.

1. He was an incredibly prolific artist

There is still uncertainty about the exact number of works he produced. However, it is safe to affirm that Rubens was a very prolific artist. The catalogue by Michael Jaffe (1989) lists 1 403 works attributed to him, excluding the ones made by assistants. Additionally, it is known that most of his early works have either been lost or are unidentified.

Rubens began his apprenticeship in 1591, was admitted into the painters’ guild in Antwerp seven years later, and died in 1640. So, those 1 403 works were done in approximately 50 years, which makes a surprising equivalent of 28 to 30 works per year.

2. He was a versatile intellectual

Even though he is best known as a painter, Rubens was also a polyglot, an art theorist and a connoisseur of architecture who drew the plans for the renovation of his own home in Atwerp. He also had a deep knowledge of Classical literature and the Bible, which he applied in his artworks. A telling example of this is the Marie de Medici Cycle, a series of allegorical representations of the life of the French Queen to which we shall refer in point 6.

3. He was an art collector

Contrary to what is often thought of artists, Rubens was well-off. And his wealth allowed him to buy works of art. Among the works owned by him there were antique sculptures, paintings by his Flemish predecessors and by the Italian masters that he admired, such as Titian, Tintoretto and Veronese. He kept this collection in a cabinet designed by himself.

4. He carried out diplomatic missions

Rubens carried out negotiating tasks in the context of
the Eighty Years’ War (1568–1648). In 1621, he represented the interests of Isabella
Clara Eugenia, ruler of the Spanish Low Countries, in the search for
peace with the Dutch provinces of the north, which professed the Protestant
faith and opposed Spanish rule. He also played an important role in the settlement
of peace between England and Spain in 1630.

There was often overlap between his artistic and diplomatic duties. During his stay in Spain, he made copies of works by Titian and met painter Diego Velázquez, who worked in the court of Philip IV. Before leaving England, he painted the Allegory on the Blessings of Peace and gave it as a gift to King Charles I.

Rubens’ style emphasized the robustness and vitality of the human body, as well as a sense of movement that he achieved through curve lines. His male figures were very muscular. His female figures were of voluminous complexion, as we see in The Three Graces or in the Nereids that appear in The Disembarkation at Marseilles.

If you are interested in the motives behind this particular way of representing human anatomy, see Jeffrey Muller’s analysis of Ruben’s theoretical writings.

6. He painted a series on Marie de Medici’s life

Rubens was commissioned by Marie de Medici, Queen of
France, to paint a series of 24 canvases representing episodes of her personal
and political life. These paintings, originally intended for the Luxembourg
Palace, are currently on display at the Louvre Museum.

In this series, called The Marie de Medici Cycle, Rubens represented the life of the Queen in allegorical fashion, including references to ancient literature. For instance, The Disembarkation at Marseilles shows the Queen arriving in France after having been married to Henry IV. In the composition we see the classical representation of Fame playing a trumpet, as well as an image of Poseidon accompanied by three Nereids and a Triton. Similarly, in The Apotheosis of Henry IV and the Proclamation of the Regency of Marie de Medici we see the recently deceased King being elevated to heaven by the God Jupiter. In both paintings, France appears personified as a figure wearing a helmet and a blue mantle with the fleur-de-lis.

7. He contributed to Catholic art

As the versatile genius that he was, Rubens contributed significantly to the artistic beauty of Catholic churches. Some of his most important religious works, such as The Elevation of the Cross and The Descent from the Cross, are found in the Cathedral of Our Lady in Antwerp. Those paintings were made after a long trip to Italy and reflect the stylistic influence of Venetian painting. Rubens was also responsible for the conception of a Theatrum Sacrum -an integration of architecture, sculpture and painting- for the church of the Jesuit order in Antwerp.

In the context of the Spanish rule and the promotion of Catholicism, engravings based on Rubens’ paintings arrived to the New World and, among other European sources, inspired colonial art.

8. He may have worked on the decoration of a theater curtain

In a recent book, Hans Ost affirms that Rubens was familiar with theater during his stay in Mantua, where he also met composer Claudio Monteverdi. In that context, the author argues that the painting The Council of Gods, currently found in Prague Castle, may have been done to decorate an aulaeum alla antica, a type of theater curtain which moves from top to bottom rather than to the sides.

9. The largest collection of his paintings is in Spain

The largest collection of Rubens’ paintings is at the Museo del Prado, in Madrid. There are found, for example, The Three Graces; the Equestrian Portrait of the Duke of Lerma, painted during Ruben’s first visit to Spain; and The Infanta Isabel Clara Eugenia, a portrait of the ruler of the Spanish Low Countries in which only the figure was painted by Rubens. The landscape in the background was painted by Jan Brueghel the Elder, another Flemish artist who worked at the court.

10. His stylistic influence extends over centuries

Rubens’ style, consisting mainly of dynamism, vitality and the importance of color over line, exerted a strong and long-lasting influence on painters. Flemish painter Anthony van Dyck, who was his pupil, and Spanish painter Bartolomé Esteban Murillo are among his early followers. Near the end of the 17th century, Poussinists (followers of Nicolas Poussin) and Rubenists debated in France about the relative importance of line and color. In the 19th century, French painter Eugène Delacroix was a great admirer of Rubens and it is argued that the main female character in his Liberty Guiding the People was inspired by a bellona -a Roman warrior goddess- which appears in Rubens’ Apotheosis of Henry IV.