Artistic Life in the Time of the Bonapartes. Ingres at Palazzo Reale 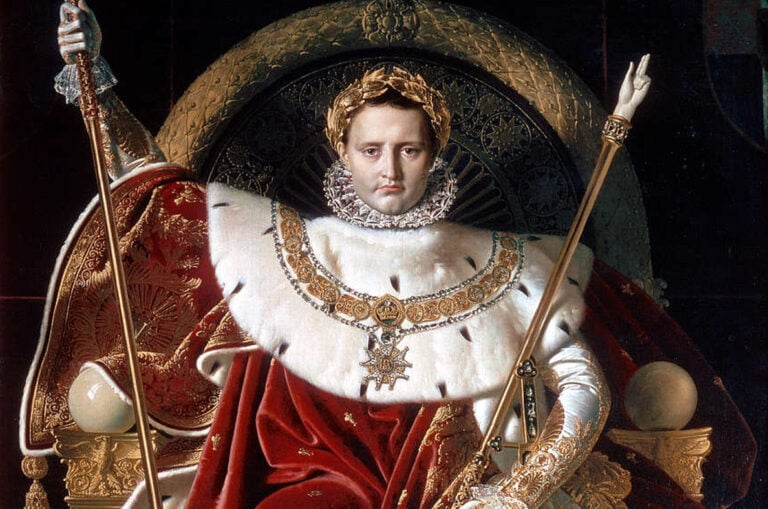 An artist impossible to classify, a revolutionary one, both realistic and mannerist, perceived as the heir of Raphael and a precursor of Picasso. Somewhere in between the master of beautiful forms and the master of no-form, Ingres at Palazzo Reale fascinates with his exaggerated expressions, passion for realism and ability to paint portraits with strokes of eternity. Ingres was the artist who conquered the French conqueror Napoleon Bonaparte.

In 1789, France was on the brink of its first revolution, while art was asking for clear-headed thinking and self-sacrifice to the ideals that fit the times, and neoclassicism arrived just in time with a new and more politically-charged spirit. Showing clarity of form, sober colors, and shallow spaces that render the subject timeless, neoclassicism presented itself as an existing style reiterated with a new twist, a revolutionary one, like the events during that period.

Napoleon Bonaparte is considered by many to be one of history's greatest military leaders, a genius, a tactician without peer. He crowned himself as the first emperor of France in a lavish ceremony, just like the coronations of the old kings, with one difference. Napoleon, the controller of his own fate, placed the crown, all 80 jewel-encrusted pounds of it, upon his own head. Above all else, he was a master propagandist and acutely aware of the power of image. He regularly commissioned portraits and sculptures to project an invincibility that made him seem a natural leader of men, and through the talent of Ingres he immortalized his figure.

Ingres is an integral part of these crossed stories, which are crucial to understanding today's Europe. The exhibition Jean-August-Dominique Ingres: Artistic Life at the Time of the Bonapartes at the Palazzo Reale (Royal Palace) in Milan presents to us Napoleon's favorite French artist. Ingres is compared with his masters and contemporary artists like David, Girodet, Vien, as well as female painters such as Élisabeth Vigée Le Brun.

With portraits and figurative paintings that oscillate between classical inspiration and a dreamy sensuality that anticipates romanticism and symbolism, the exhibition allows us to explore the historical and cultural panorama during the French Revolution and the subsequent Napoleonic domination campaign. We also see how art meets politics through the realistic portraits of political and society leaders performed by the perfectly smooth techniques that characterize this artistic movement.

More than 150 artworks, 60 of which were realized by Ingres, offer a complete overview of artistic life at the turn of the nineteenth century, but the famous portrait “Napoleon I on his Imperial Throne”, painted by Ingres himself, steals the show and constitutes the apex of the exhibition, enriched by several preparatory sketches by the painter.

Visit the exhibition at the Palazzo Reale in Milan until June 23.