Was Nicolas Poussin A Barouqe Artist? 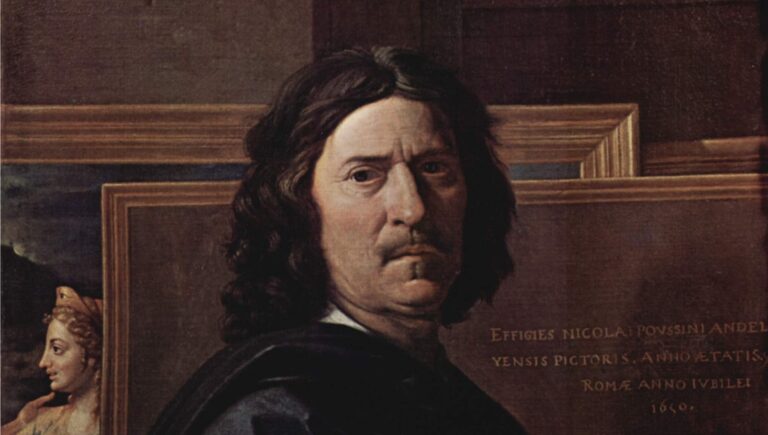 Nicolas Poussin is often considered a representative of French Baroque, as he worked in the first half of the 1600s. Yet, his paintings are so different from Rubens'... Can we still call Poussin a Barouqe artist, or should we rather call him a predecessor of Neoclassicism? 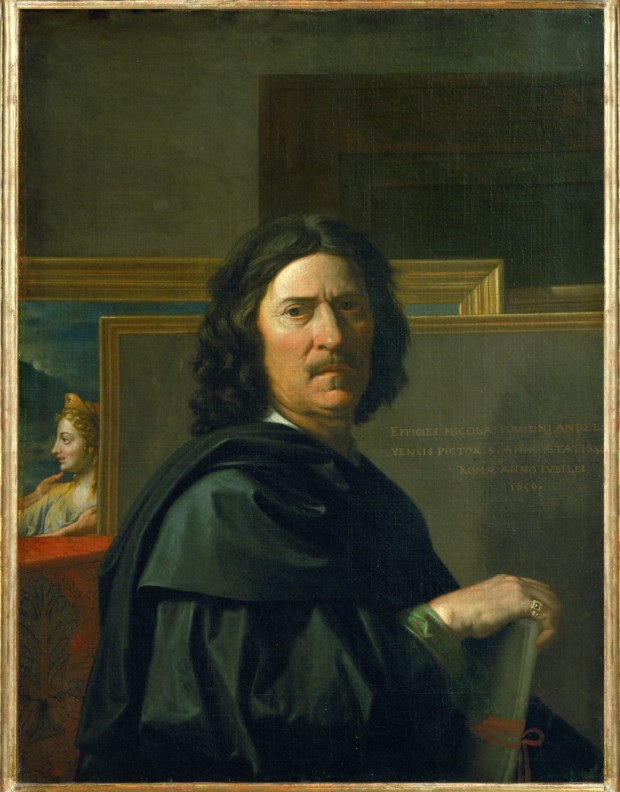 Poussin, Self-portrait , c.1650, Louvre, Paris[/caption] Poussin had an intellectual approach to art, which was adverse to the drama of Baroque. His classicising tendency was influenced by Italian artists: Annibale Carracci, Raphael and the Italian Renaissance masters, since Poussin spent most of his life in Rome. Doesn't this portrait remind you of Titianesque portraits?

Nicolas Poussin, Martyrdom of St Erasmus, 1628, St. Peter’s, Rome[/caption] This painting for St Peter's in Rome was a presitigious commission. Its large scale (320x186cm) added to its starking effect, which was enhanced by some typically Baroque devices, like composition based on the diagonal, or a gruesome martydom scene in its climax as the subject matter. And yet, if we compare Poussin to Caravaggesque Valentin de Boulogne, Poussin's work is still far more classicising in character (look at the use of colour and light!). [caption id="attachment_7387" align="aligncenter" width="545"] 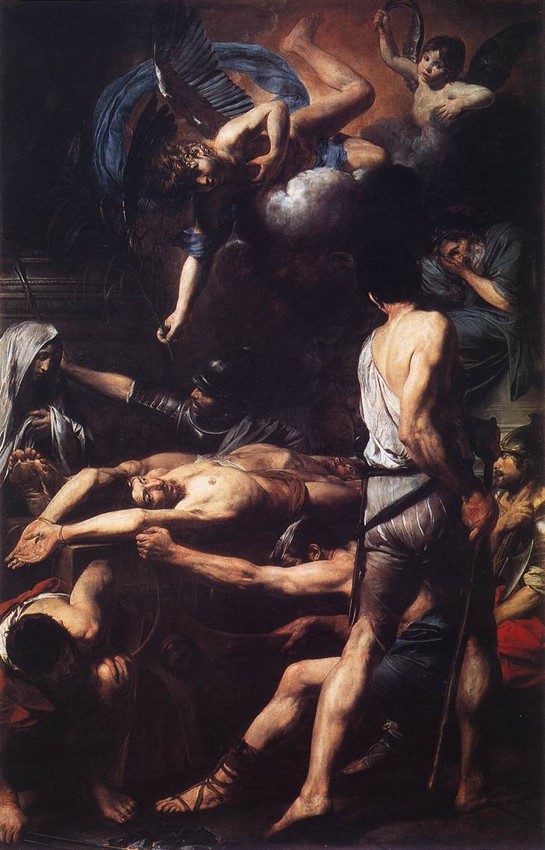 Fascination with the ancient 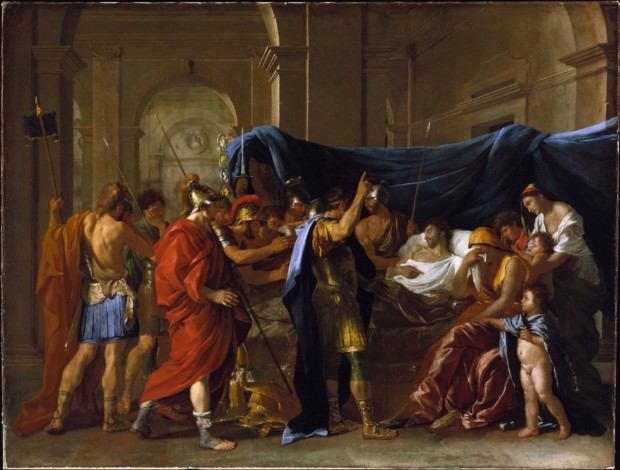 Poussin, Death of Germanicus, 1628, Minneapolis Institute of Fine Arts[/caption] Here Poussin presents a very original subject matter for Baroque, inspired by his studies in his patron's Cassiano dal Pozzo 'paper library'. The format of narrating the story through lucid composition, the affetti (different gestures expressing emotions), colour, and authentic detail indicate his fascination with the ancients, with the Meleager Sarcophagus and the depictions of the sacrifice of Iphigeneia as direct inspiration (compare the crying woman!). Exactly same references were made by the eponymous classicist, Jacques Louis David. [caption id="attachment_7390" align="aligncenter" width="488"] 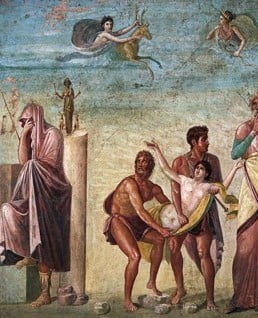 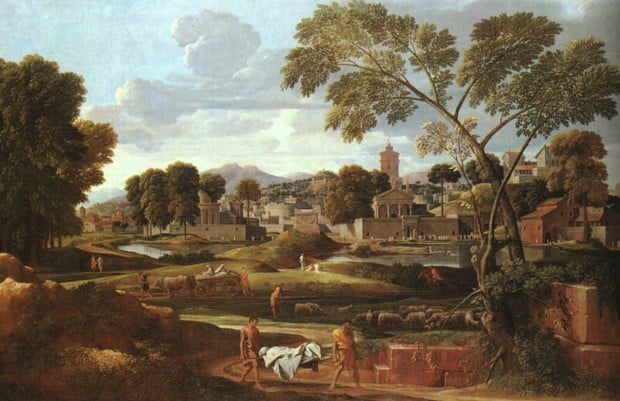 Nicolas Poussin, Landscape with the Body of Phocion Carried out of Athens, 1648, National Museum of Wales, Cardiff[/caption] Poussin's art was largely influenced by the Stoic philosophy, which emphasized the inevitability of death, which would come and strike randomly, even the most virtuous people. The scene subtly conveys this meaning, as it shows the funeral of an exemplary statesman Phocion who was assassinated, with the timeless classical arcadia of the landscape reinforcing this message even more. Poussanian landscape paintings are seen by some as the founding stone of the European landscape tradition. Yet, don't you see any resemblance to Carracci's landscapes? Poussin clearly followed his formula of framing trees, graduated colour and light, and stabilising architecture in the centre ground. [caption id="attachment_7408" align="aligncenter" width="763"] 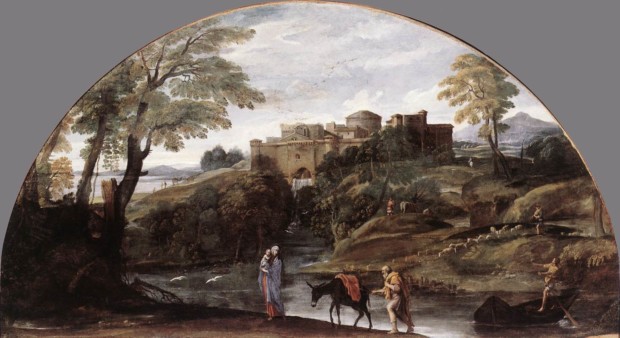 Annibale Carracci, Rest on the Flight into Egypt, c. 1604, Galleria Doria-Pamphili, Rome[/caption] Carracci was one of the fathers of Baroque, while the ancient inspiration was one of the main contributions to Neoclassicism. What do you root for: Baroque or Classicism? What did Poussin represent?

The Baroque movement, which characterizes much of the European art of the 17th century, is known for its dramatic flair. Gods, demigods, and saints...