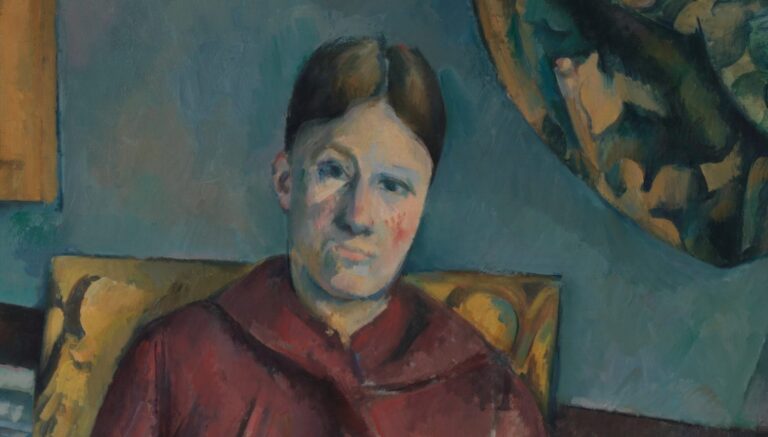 Paul Cézanne was a French artist widely acknowledged for bridging the late years of Impressionism and the early years of Postimpressionism. Cézanne’s Postimpressionist portraits number over 200, around 60 of which are currently on display at the Musée d’Orsay in Paris. Curated by John Elderfield, the exhibition lasts until September 24th, 2017 and is especially worthwhile visiting as Cézanne was undeniably the master of Postimpressionism, and this is the first in a series of exhibitions highlighting his works.

His portraits show some of the most personal aspects of his life and genius, making it worthwhile to take a close look at each of them to better understand the artist and the inspirations he enjoyed to creating great works of art.

The painter’s wife, Marie-Hortense Fiquet Cézanne, appeared in 29 of his works, mainly oil paintings, which we can see quite a few of at the current exhibition. After the couple separated, many observers noted that the portraits of his wife seemed to express something sad, which makes these pieces even more fascinating.

The Paris exhibition is a presentation of the great 19th century painter’s legacy, and shows his personal views of some of the people surrounding him during his life, as well as his uncanny talent in understanding alikeness. It is a wonderful journey of art, depicting people the way he saw them through his own eyes. Some of the portraits appear almost unfinished, but the master intended them to look that way.

The exhibition at the Musée d’Orsay – which is still on for about two weeks – also includes self-portraits of Cézanne, works depicting his uncle Dominique, as well as paintings of his garden helper, mostly portraits that were created shortly before the painter passed away in 1906.

If you don’t want to miss this significant exhibition, make sure to see it at the Musée d’Orsay by September 24.