10 Paintings for Which You Will Love Ca’ Pesaro in Venice 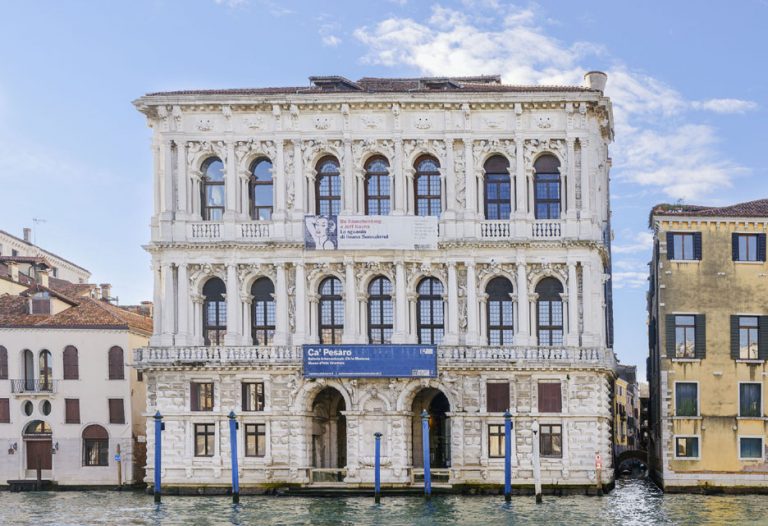 Tourists in Venice usually do a couple of typical things: they visit San Marco Cathedral and the Doge’s Palace, drink a glass of Aperol Spritz, sometimes have a gondola ride. But we have some good information for you – we’ve added another thing to your obligatory Venice bucket list. And this is… a visit to Ca’Pesaro – International Gallery of Modern Art.

The museum contains 19th- and 20th-century collections of paintings and sculptures, including masterpieces by Gustav Klimt and Marc Chagall, and remarkable works by artists such as Wassily Kandinsky, Paul Klee, and Henry Moore, as well as a rich selection of works by Italian artists like Umberto Boccioni, Filippo de Pisis, Mario Sironi, Giorgio Morandi, Giorgio de Chirico, Alberto Burri etc and an important section on graphic art. Feeling intrigued?

Here are ten reasons to fall in love with Ca’Pesaro:

The painting presents Judith, the Biblical heroine (read about Judith in art here). Judith’s sexualized femininity is interestingly and contradictorily combined with her masculine aggression.

2. Pierre Bonnard, Nude in a Mirror

The painting presents the much-repeated subject of Marthe, the artist’s wife captured in her dressing room. Those interior scenes, focused on the ritual of bathing or dressing in front of the mirror, were very important to Pierre Bonnard.

Echoing the Surrealism that was an early influence on the sculptor, this compact bronze merges mechanistic form with animistic feeling. The shape suggests a Nazi helmet, unsurprising given Moore’s deeply humanistic response to the sufferings caused by the World War II.

After having long looked at the history of art and the Old Masters, de Chirico turned to introspection, and with this painting he returned from his original metaphysical period of 1915-1917.

This painting documents the period when the artist moved from the lyrical abstraction to the subsequent geometrical period.

This is a very interesting painting from the pre-Futurist period of Umberto Boccioni, when he became interested in the fin de siécle style of graphics and poster design.

This is a typical example of Symbolist poetics, it shows a women’s face, intended as enigma.

Around 1907 color became Nolde’s preferred medium of expression. This floral mix echoes the Impressionist tradition and pushes the subject to the limits of abstraction.

When I first saw this painting, I was stunned. It was created in 1912 but it looks so contemporary! Casorati here stages an improbable contemporary allegory of different female characters.

Tancredi paid a tribute to the city he had studied in with this painting. It is a combination of light and color in local Venetian tradition, the Tachiste ideas, and American Abstract Expressionism.