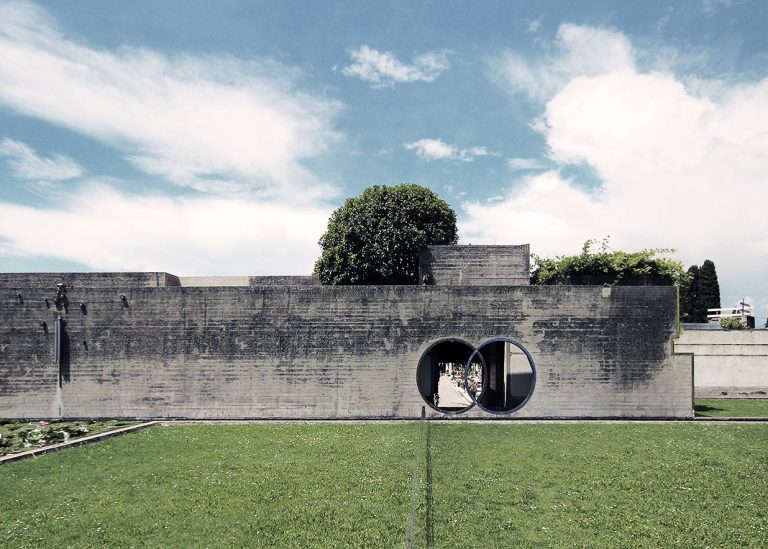 When you think of Venice you probably first see the Piazza San Marco in your mind’s eye. Then some canals and gondolas, or maybe the other way around. At some point, you may think of the world-famous Biennale or Peggy Guggenheim Museum. But really Venice is very much associated with lavish palazzos and churches and with times of La Serenissima (The Most Serene Republic of Venice). Despite the Biennale, modern art is not necessarily the first thing that comes to mind when thinking of Venice, and modern architecture is probably the last. Yet Venice was the city of Carlo Scarpa, one of the most enigmatic and underappreciated modernist architects. Explore with DailyArt Magazine his most famous works and change your perception of Venice forever.

“I want to see things. This is the only thing I can relate to” – Carlo Scarpa

Carlo Scarpa (1906-1978) was an architect that was not an architect. This contradiction is one of many in his life. Born in Venice, he spent most of his life in Veneto but he also traveled to Japan a lot. Those travels influenced his approach to architecture. He studied architecture at the Royal Academy of Fine Arts in Venice but refused to take the national exam, hence he wasn’t officially an architect. Not that it stopped him from doing anything.

He had no qualms about crossing the borders between architecture and design, in fact he found them complimentary. From 1932 until 1947 he was the director of Venini Glassworks, on the isle of Murano. During that time his task was to revamp the island’s stale image. He dealt with all the aspects of the business, often working directly with glassblowers and exploring the material’s characteristics. This deep focus on the material will become one of the main factors in his designs throughout his career. He always showed an uncanny sensitivity towards the materials and their features. This grew into mastery in exploiting them in his architecture in a very conscious way. Scarpa always appreciated the hand-made over machine-made, and that was what often distinguished him from other representatives of the international style.

Interestingly Scarpa frequently focused on the renovation of existing buildings. The play of the new with the old always carries with it a risk of damaging what exists. However, it also has the thrilling possibility of unlocking new ways of experiencing the old. This is what Scarpa’s designs often achieve. Let’s take a look at a few of them.

Renovation of the Fondazione Querini Stampalia

The renovation of part of the ground floor and the back garden started in 1949 and was completed ten years later. Scarpa made water the main element around which his design revolves. He let the canal water into the building, built a copper basin in the garden, and led it in multiple streams throughout the garden.

The museum, based in a huge Medieval castle, was renovated between 1958 and 1974. In his design Scarpa made numerous decisions balancing the old and the new. He removed some of the layers added to the castle during its long history to establish an authentic historical experience. He used the new to bring out the best in the historical. The interiors he designed in the finest detail (down to the fixtures used to display works of art) are at the same time non-intrusive, aimed solely at bringing attention to the art. Meanwhile, he is not afraid of making a striking statement with the bridge over the old moat. But again the goal is to bring the focus to the sculpture exhibited here.

While started his work on Museo Civico di Castelvecchio, Adriano Olivetti of the famous Olivetti company, approached Scarpa to design the company’s showroom. The location could not be more prestigious – Piazza San Marco in Venice.

Scarpa opened the long space to the exterior with windows. He used the best materials in a masterful way. We see a perfect combination of concrete, mosaics, metal, marble, and wood, that comes together in balance, order, and clarity. The quality of materials gives it a lavish feel, but the clarity of design gives it an extreme elegance.

The showroom has changed hands several times, but since 2011 it is once again a display of Olivetti’s products. Although in reality, it is more of an exhibition of Scarpa’s design abilities that is on display here.

Onorina Tomasi Brion, widow of the founder of the Brionvega company, commissioned the Brion Tomb and Sanctuary 1968. It is such a unique project that we will let Scarpa talk about it in his own words:

I would like to explain the Brion Cemetery… I consider this work, if you permit me, to be rather good and which will get better over time. I have tried to put some poetic imagination into it, though not in order to create poetic architecture but to make a certain kind of architecture that could emanate a sense of formal poetry… The place for the dead is a garden… I wanted to show some ways in which you could approach death in a social and civic way; and further what meaning there was in death, in the ephemerality of life – other than these shoe-boxes.

Carlo Scarpa, Can Architecture Be Poetry, in: P. Nover, The Other City Carlo Scarpa: The Architect’s Working Method as Shown by the Brion Cemetery in San Vito D’Avitole.

Here Scarpa expertly contrasts the severity of concrete with the softness of nature, also adding the calming fluidity of water. After Scarpa died in 1978 in an accident during one of his many visits to Japan, he was buried next to his masterpiece.

So far we have seen Scarpa’s renovations and more public designs, but he dabbled in more private commissions as well. He designed several private residences. In those designs, while he remains faithful to his love of materials and the interplay between them, he also uses color more radically. Furthermore, he unleashes the full power of his imagination, not constrained by the requirements of public functions.

I wrote at the beginning that Carlo Scarpa is an underappreciated architect. This is not completely true, as he is widely recognized within circles of architecture aficionados. However there is still a lot of work to do for this great talent to take his rightful place in the popular imagination.