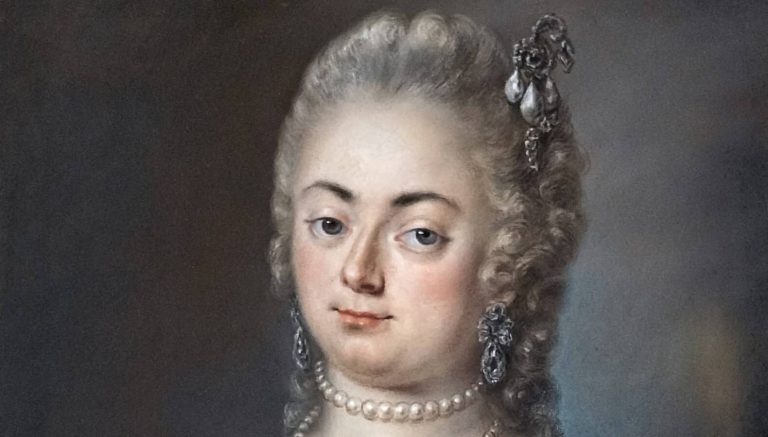 Soon, the historical female artists of Venice will finally get their due! A new initiative, Women Artists of Venice, aims to restore artworks by at least three such women in Venetian public art collections. A series of paintings and pastels have already been selected for conservation and art historical study.

The program comes from Save Venice, an organization that has already sponsored conservation of over 1,000 artworks. Save Venice came about in response to a devastating flood in 1966 which damaged many artworks and monuments. Recipients of the organization’s 50 years of efforts have ranged from master paintings to majolica floor tiles, churches to synagogues.

Once a prosperous maritime republic with far-reaching trading connections, Venice has long been a great center of artistic production. It was home to masters such as Titian, Tintoretto, and Veronese, who were celebrated for their colorful and expressive works. It has also boasted a number of talented female artists. The first three to receive attention from Women Artists of Venice will be Giulia Lama, Rosalba Carriera, and Marianna Carlevarjis.

After centuries of erasure, scholarship has shown that Giulia Lama (1681-1747), a painter of religious and mythological scenes, was a significant force in 18th century Venetian art. The fact that she received commissions to paint for several Venetian churches, as well as her works’ continued presence in their original locations, certainly back up the idea that the Venetians have long valued her. Conservation has already begun on her ‘Evangelists at the Church of San Marziale’. These four lunette paintings sit in the spaces above two arches. They appear alongside works by several other Venetian painters that also have been, or will be, restored.

Two pastel portraitists, Rosalba Carriera and Marianna Carlevarjis, are in line behind Lama. Carriera is already well known for her charismatic and skillful pastels depicting visitors to Venice on the Grand Tour. Carlevarjis, meanwhile, was Carriera’s student and also quite talented. Although the pupil did not receive as much attention as her teacher, the two women worked in very similar styles. In fact, art historians have sometimes misattributed Carlevarjis’s work to Carriera. Women Artists of Venice will restore a selection of their pastels, now owned by the Ca’ Rezzonico Museum and Galleria dell’Accademia.

Women Artists of Venice will make a lovely addition to the ever-growing efforts to better celebrate the works and careers of historical female artists. It follows the trend- set by Advancing Women Artists in Florence and carried out by museums and scholars around the world- to resurrect the forgotten legacies of female Italian artists in particular. Up until now, Venetian women have not shared much in this conversation, but it seems that’s about to change.

Women Artists of Venice continues to seek contributions towards its efforts, as does Save Venice more generally. Learn more on Save Venice’s website.