The Many Rebirths of Venus 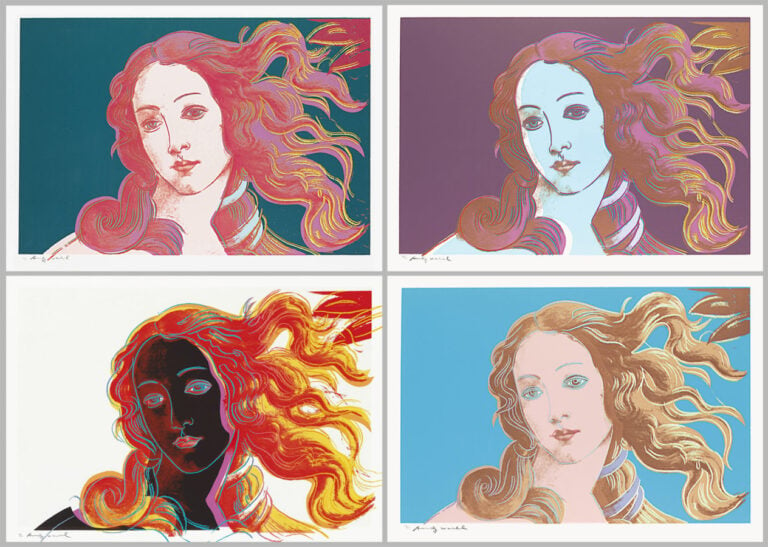 Sandro Botticelli's The Birth of Venus is iconic in western art. Alongside the Mona Lisa, it is probably a contender for "most famous painting." Unsurprisingly the renowned Renaissance picture has inspired reconfiguration, reproductions, and references in artworks ever since. So, let us explore some rebirths of Venus.

The Renaissance of Venus by Walter Crane

Walter Crane (1845 - 1915) was an English artist and book illustrator. During a honeymoon in Italy he developed an interest in the Renaissance and later produced this work, using the title to specify Botticelli as the influence.

The Birth of Venus by William-Adolphe Bouguereau

William-Adolphe Bouguereau (1825 - 1905 ) was a 19th century a French painter. His work tends to show interpretations of classical subjects and also forefronts the female nude.

At the 1939–40 New York World's Fair Spanish Surrealist Salvador Dali (1905 - 1989) envisioned this fantastical playhouse. Patrons would enter through a pair of female legs and then find themselves cavorting with topless mermaids, nymphs and even lobsters. Right above the entrance, of course, was our Botticelli Venus. The event organizers modified the plans and in protest Dali created a pamphlet called “Declaration of the Independence of the Imagination and the Rights of Man to His Own Madness.” Once again, our Venus was drawn at the top.

The American born British screen-writer, Terry Gilliam (b. 1940), who is famous for Monty Python, also has a view on the Botticelli Venus; one of which involving the seventeen year old Uma Thurmann bringing that captivating gaze to life!

French artist, Alain Jacquet (1939-2008), who is often associated with the American Pop Art movement, humorously reimagines Venus and her shell as a shell-gas pump.

ORLAN (b. 1947) is a French artist and a pioneer of "carnal art", a form of self-portraiture that uses body modification.

The first one of these striptease photos is quite posed. I am a kind of Madonna. Then, as I undress, I am using my body to express the history of art – by emulating The Birth of Venus by Botticelli. Finally, you are left with a pile of sheets on the floor, like a chrysalis from which you don’t know what will emerge.

The artist ORLAN, speaking for the guardian in 2016, article here.

The Birth of Venus by Vik Muniz

Vik Muniz (b. 1961) is a Brazilian photographer known best for how he re-purposes everyday materials when creating recreations of canonical artworks.

Venus, after Botticelli, by Yin Xin

Chinese artist Yin Xin (b. 1959) dyes the hair dark and metamorphoses the Botticelli into an Asian image, focusing just on the head and shoulders of Venus. The piece combines Western and Eastern elements to stress how the observer’s perception of artistic value is determined by cultural context.

Rebirth of Venus by David LaChapelle

David LaChapelle (b. 1963) is an American photographer, whose work regularly references art-history and makes socio-political comment. What do you think his rebirth is saying about our sexualised modern society?

If you want to read more about the Renaissance painting then click here for three things you might not already know. To learn more about Venus herself why not check out our article on Venus' in art.