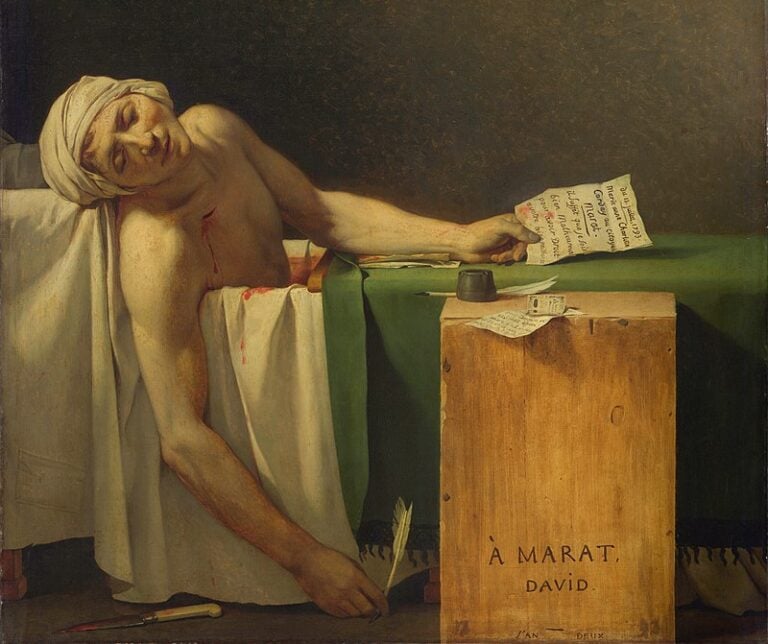 If you’re planning a trip to Brussels, make sure you save some time to visit the magnificent collection of the Royal Museums of Fine Arts in Belgium. Through over 20,000 artworks and six museums, the collection tells an extensive story of art from the 15th to the 21st century. To celebrate our partnership with the museum, here’s our selection of the collection highlights!

The Royal Museums of Fine Arts in Belgium

The Royal Museums of Fine Arts in Belgium are a group of six art museums located in Brussels, Belgium. This must-visit cultural institution is comprised of the Old Masters Museum, the Modern Museum (main collections), the new Fin-de-Siècle Museum, and three collections devoted to specific Belgian artists such as Antoine Wiertz, Constantin Meunier, and the famous surrealist Rene Magritte.

Together they provide a vast overview of western art, with masterpieces of Belgian or former Southern Netherlands artists such as Pieter Bruegel the Elder, Peter Paul Rubens, Jacques-Louis David, Rene Magritte, Leon Spiliaert, and many others.

The Fall of the Rebel Angels, Pieter Bruegel the Elder

The highlight of the Old Masters Museum collection, The Fall of the Rebel Angels by Pieter Bruegel the Elder is a definite must-see. The painting was previously attributed to Hieronymus Bosch, until Pieter Bruegel the Elder’s signature was found in the bottom left corner, hiding behind the frame. This dramatic painting is divided into two tonal and horizontal sections, representing heaven and hell, and portrays the first confrontation between the biblical Good and Evil. The Fall of the Rebel Angels depicts Lucifer along with other fallen angels that have been banished from heaven after rebelling against God. While gawking at this true masterpiece, make sure to pay special attention to the array of hellish, ungodly (and indeed Bosch-like) creatures – I promise every single one of them is worth the hype.

The Census at Bethlehem, Pieter Bruegel the Elder

Another old masters highlight and another Pieter Bruegel the Elder – this time with a perfect representation of the artist’s particular style. The Census at Bethlehem is a million paintings in one, and a true pleasure to a sharp eye. While the main subject, as suggested by the title might be the biblical nativity tale; as often with Bruegel, there are many side stories and possible interpretations of this piece.

Interesting fact: it’s one of the first paintings in western art focusing on a snowy landscape.

This unbelievably emotional Pieta – a depiction of the Virgin Mary holding the dead body of her son, Jesus Christ; was painted by Flemish master Rogier van der Weyden in around 1441. There are numerous imitations in several museums in the world (such as The National Gallery or Prado), but only the Royal Museums of Fine Arts version is suggested to be painted by van der Weyden himself, with the rest being creations within his workshop. Remember the specific pose of Christ’s elongated body; a simple hack to recognize works by van der Weyden and his workshop.

The Death of Marat, Jacques-Louis David

The first must-see from the Modern and Contemporary Art collection of the Royal Museums of Fine Arts in Belgium; The Death of Marat is a 1793 painting by Jacques-Louis David, one of the leading painters of Neoclassicism. The painting shows Jean-Paul Marat, one of the leaders of the Montagnards; the radical faction in French politics, lying dead in his bath after being murdered by Charlotte Corday. Corday was a figure of the French Revolution, which believed that Marat was threatening the Republic and inciting violence throughout the nation. As she famously said, “I killed one man to save 100,000”. Quite a gruesome, yet beautiful portrayal of a political murder story.

This painting by the Pre-Raphaelite artist Edward Burne-Jones shows a selected part of the mythological story of Cupid and Psyche. Here, Psyche – the Greek goddess of the soul is being led to her sad destiny of being wed away to an ugly monster. The gloominess of the colors and quite a “funerary” wedding procession hints that it’s not a fun story. Poor Psyche! But don’t worry – even though Cupid and Psyche’s story is full of obstacles, tears, and drama, love persists and everything ends well.

Head of a Young Peasant in a Peaked Cap, Vincent van Gogh

Head of a Young Peasant in a Peaked Cap belongs to the group of works that Vincent van Gogh prepared while working in Brabant, at that time a province in Belgium. Sketches and oil paintings like this one were Van Gogh’s way of preparing for larger-scale compositions, such as The Potato Eaters. The artist specifically looked for the “peasant” type of model, bags under his eyes with a rough, tired face and a low forehead. Personal opinion? Very handsome – would swipe right and happily eat some potatoes with.

Still-Life with Bouquet of Flowers and Plums, Rachel Ruysch

Something that can’t be missed here in DailyArt Magazine is the devotion to highlighting more women artists, such as Netherlands-born Rachel Ruysch. This fascinating artist achieved an international reputation thanks to her beautiful flower compositions. Don’t be fooled – there’s much more meaning in this painting than just pretty flowers. Some of the flowers fresh, some past their prime, when interpreted from a still life symbolic point of view, the composition can be read as an allegory of life and death. Try to notice the insects surrounding the vase: Ruysch is known for populating her floral arrangements with all kinds of critters.

The Green Christ by Paul Gauguin is considered to be one of the main works of Symbolism. Just like The Yellow Christ, it was painted by Gauguin during his time in Pont-Aven, Brittany. It depicts a Breton woman sitting at the feet of a calvary sculpture, possibly praying or just taking a few minutes of rest. This kind of stone calvary is a distinctive type of devotion site, typical for the Breton countryside, and the portrayed statue is actually identifiable as a moss-covered stone calvary at Nizon near Pont-Aven.

Here’s a highlight from the Fin-de-Siècle Museum, part of the Royal Museums of Fine Arts of Belgium devoted to the 1900s. During that time Brussels was one of the leading places charmed by the beautiful Art Nouveau. Leon Spilliaert‘s The Bather portrays a woman sitting on a street staircase, gazing at the arabesque waves of water in front of her. Is she deep  in nostalgic thoughts, resting in-between swimming laps, or just finished taking some spiritual advice from the black street cat – you make up the story while you get lost in this symbolist piece.

The Musée Magritte is a separate museum of the Belgian collection, worth being called a highlight by itself. It holds the largest collection of works by the famous Rene Magritte, focusing on his “vache” period. The French word “vache” (cow) can also be used as “dirty” or “mean”, these words Magritte jokingly used to describe his Impressionist-satire paintings. If you’re a fan of Surrealism, jokes, allegories, and top hats – the Musée Magritte has to be a crucial stop on your journey through the Royal Museums of Fine Arts of Belgium collection.