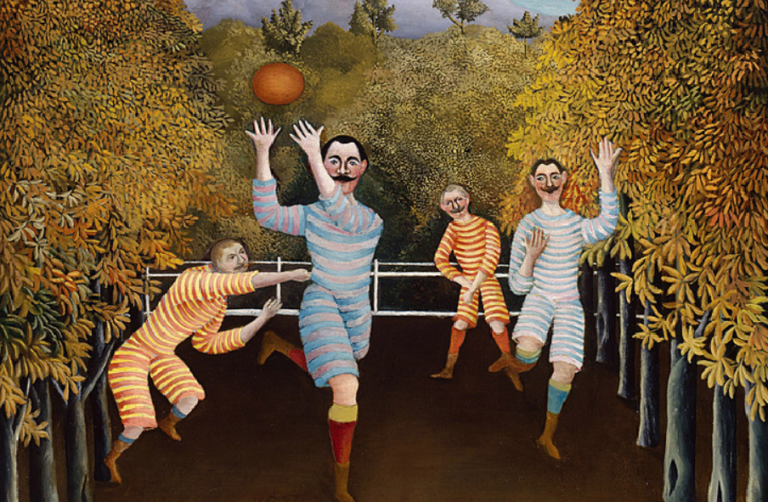 6 Highlights from the Alte Nationalgalerie in Berlin

The Clark Art Institute, often referred to as “The Clark,” was founded in 1950 to house the extensive art collection of Sterling and Francine Clark. The galleries opened to the public in Williamstown, Massachusetts in 1955. The museum has since expanded its original collections through new acquisitions, gifts, and bequests. It houses European and American paintings, sculptures, prints, drawings, photographs, and decorative arts from the Renaissance to the early 20th century. It is best known for its collection of 19th century European and American paintings, along with its collection of American silverware. Equally important to the galleries are the research and academic programs. Thus making the Clark a leading international center for research in the history of art. Let us explore some of The Clark’s highlights!

A violent storm has erupted on the English coast. Flares flash in the sky to warn steamboats of the shallow water. On the left, the citizens of the town, astonished – and probably horrified – stare at the sea.

J.M. Turner is often hailed as a precursor to Impressionism. In his paintings, he wishes to evoke a mood rather than realistically depict the subject. On the canvas, the rain and the wind have become a mix of blues and greys, bringing forth the devastating force of nature. Turner lived during the Industrial Revolution. During that time, Man believed he had tamed the elements for the first time. However, Turner’s work issues a word of caution; Man is insignificant before the environment.

This playful group of nymphs are playing a dangerous prank on the satyr: they are dragging him towards the lake. According to legend, satyrs are unable to swim. The nymph on the top right raises her hand. She calls their companions that loom in the darkness.

In academic painting, classical subjects with a female nude have always been a staple. Mythology and legend became an outlet in a time when it was deemed unethical to present a real life nude. In this piece, Bouguereau flaunts his craftmanship, depicting the naked nymphs from multiple viewpoints and in various poses.

Dreams of the Orient fascinated Westerners during the 19th century. Orientalism became an art movement presenting mainly constructed scenes from life in these exotic worlds. As a term, “the orient” was very disparate in its meaning. For Western Europeans, “the orient” meant North Africa and the Middle East, but also Greece.

Sargent presents us with an oriental ritual scene. A young woman lifts her intricate robe over a censer of smoking ambergris. Ambergris is a substance extracted from whales and used in perfumery.  The finished composition combines various North African elements for an exotic result. The numerous shades of white show an interest in aestheticism as well.

Renoir, A Box at the Theater

The love of Sterling Clark for the work of Pierre Auguste Renoir is evident in the thirty-two paintings of the French master in The Clark’s collection. Renoir created many paintings about the theatre, the height of modern life in 19th century Paris. The French bourgeoisie packed theater boxes with an equal need to see and to be seen.

Two young women sit in the theater box, dressed in fashionable clothing. The relationship between them is unknown. The one on the left holds a piece of sheet music.  Her unabashed gaze towards the viewer explores the theme of seeing and being seen. The girl on the right holds a bouquet of pink roses. Perhaps the flowers come from an admirer. Progressively through his career, Renoir tried to integrate more traditional elements in his impressionistic technique. On the canvas, he painted the girls’ faces meticulously while handling their dresses and background more freely.

Monet, The Cliffs at Étretat

The dominating rock formations of the Porte d’Aval, a natural arch and a tall needle-like pillar on the coast of Normandy, fascinated Claude Monet. In the span of just two months, from October to December 1885, he painted the coast of Normandy almost fifty times. As with his Haystacks, he depicted the same subject at different times of the day, from different viewpoints, and in diverse weather, often changing canvases according to the natural conditions. In this piece, we see the cliffs in the evening as the sun begins to set and bathes them in its golden light. The viewpoint is a bit unusual, approachable by boat, or a steep path.

A group of men attends the show of a snake charmer. The little boy is completely naked apart from a large snake wrapped around his body.  He seems to have dazzled both the python and his audience. On the left, an older man plays the flute.

Eroticism was an integral part of Orientalism. Jean-Léon Gérôme creates a fantasy for Western eyes. He mixes and matches elements from various ‘’Eastern’’ cultures. The nude body of the boy is offered for scrutiny equally to the viewer and to the men in the painting. The painter’s highly detailed style gives the scene a false realism; as if he has witnessed the show himself and public nudity was a common occurrence.

The beauty and force of nature filled Winslow Homer with awe. In addition, the coast of Maine presented a truly American subject, removed from the traditions of Europe. Homer painted the crashing waves many times. Nonetheless, he considered this version of Prout’s neck to be among his best paintings.

The setting sun plunges into the ocean, illuminating the grey water with reds and yellows. The waves crash on the rocks and a column of sea spray rises to meet and mingle with the clouds in the sky. The absence of human figures makes nature the true protagonist on the canvas.