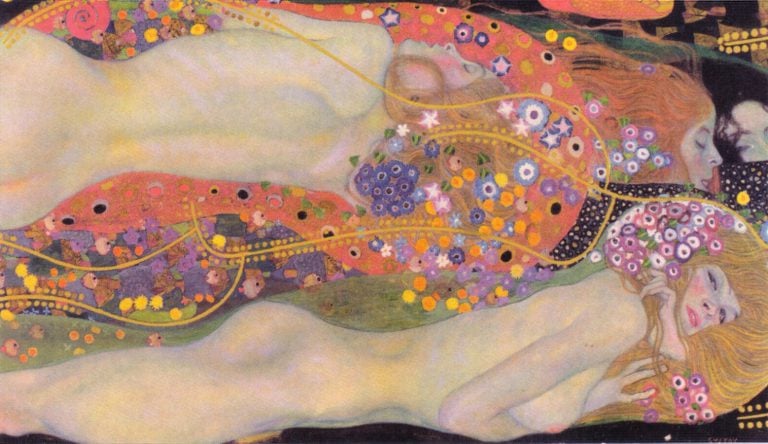 Art Nouveau is one of the most distinguished styles in art. Even though its duration was brief, it quickly became a fetish of the elite. It spread through all social groups and classes. It was an urban phenomenon that expanded to the provinces. Art Nouveau is often associated with Art Deco, but despite their similarities they are actually two different things. It applied to every aspect of life such as architecture and urban planning, visual and decorative arts, clothing, and even utensils. Get to know about the Art Nouveau movement, read its history, see its characteristics, and the impact it had on society. Behold, Art Nouveau explained!

When, Where, and by Who

Art Nouveau is a style that emerged in the 1880s and lasted up to the beginning of the World War I. It spread through all western European and American countries with a significant level of industrialization. Despite its general unity, it had slight local differences but always remained modern and cosmopolitan.

Art Nouveau first appeared as a term in the 1880s in the Belgian journal L’ Art Moderne to describe the work of Les Vingt. Les Vingt was a group of twenty painters and sculptors who sought reform through art. They opposed the separation of the fine arts, such as painting and sculpture, from the so-called lesser decorative arts. This group was influenced by the teachings of William Morris and the Arts and Crafts movement. That is, Art Nouveau designers wanted to combine art and craft and to create a Gesamtkunstwerk, a total work of art, which included a variety of media.

The movement was particularly associated with France where it was called by many names: Style Jules Verne, Le Style Métro (after Hector Guimard’s iron and glass subway entrances), Art belle époque, Art fin de siècle. The 1900 Exposition Universelle in Paris showcased it to a large audience.

As aforementioned, Art Nouveau reached many places and thus it had various names. In Belgium, it became known as Style nouille or Style coup de fouet and in Germany as Jugendstil, meaning “young style”. Meanwhile in Barcelona, Art Nouveau was part of the broader Modernista movement. The most distinctive artist was the architect Antoni Gaudi. He designed La Sagrada Familia, Park Güell, Casa Batlló, Casa Milà, and other famous buildings.

Nature was the primary source of inspiration. Plants from botanical studies, animals, and deep-sea organisms are present in a wide variety of Art Nouveau works.

At the time, Japanese art, such as gravures, engulfed the western art trade. Art Nouveau found great inspiration in its visual patterns.

Both the Arts and Crafts movement that occurred during the 19th century in England and the Aesthetic movement had huge impacts on Art Nouveau. More extensively, the former movement stood for the return to hand-craftsmanship and traditional techniques. Meanwhile the latter was similar to the notion of “art for art’s sake”. That is the provision for non-narrative paintings and the focus on the beauty and ambiance of an artwork.

Another characteristic is the curvy shapes of the arabesques. Straight lines contrast with shaped curves, and spirals to create a sense of harmony and beauty.

At first, decoration was just an element, an addition to an object. As the Art Nouveau style evolved, decoration became one with functionality. It was a mirror of how society tended to see itself through its possessions. In fact, this narcissism later became the morality of Art Nouveau. It relieved society from its labor and provided an idealized and optimistic self-image.

Finally, the result of each artwork, whether a building or a chair, had an obvious intention to create flexibility, tranquility, optimism, agility.

Art and fashion magazines, merchandise and advertising, global exhibitions, and events altogether promoted these characteristics to a broad audience.

Despite the beauty and lightness of Art Nouveau, there was also a dark side to it. It tried to hide the submission to the capital, the economic and moral humiliation, even the terrible condition of the labor class. Overall, the enthusiasm for this new “spring” of climbing flowers in business centers stopped at the end of the metropolitan city where the suburbs, the factories, and the ghettos of labor houses began.

So, Art Nouveau was associated more with the social and economic situation, rather than the technological evolution. The movement wanted to use the artists’ work in the frame of capitalism. Therefore, Art Nouveau remained an elite form of art whose by-products only were available to the masses. Furthermore, this is the reason why Art Nouveau disappeared so quickly. The deterioration of the social classes, which led to the World War I, proved in fact that Art Nouveau was based on a false utopia.