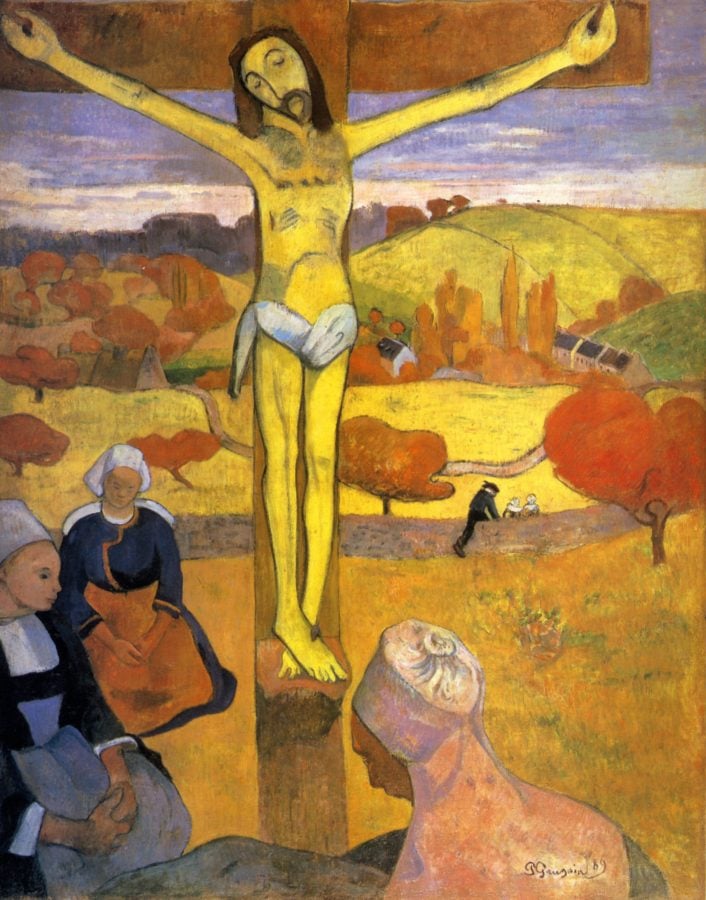 Yellow Christ is a painting created by Paul Gauguin in 1889 in Pont-Aven. Now it is owned by Albright-Knox Art Gallery. [caption id="attachment_4169" align="aligncenter" width="620"] 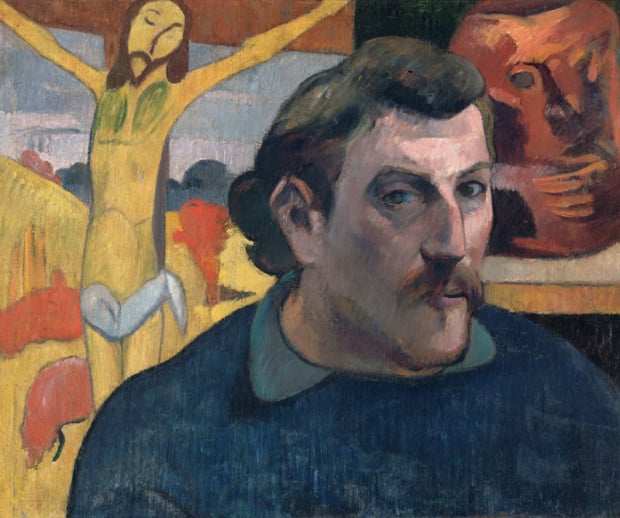 Paul Gauguin, Self-Portrait with a Yellow Christ, 1891, Musée d'Orsay, Paris[/caption] Pont-Aven was a very important place for Gauguin's oeuvre. He first visited it in 1886 and became fascinated with its history, folklore, and rituals. He returned to the village in early 1888 to stay until mid-October, when he left to join Vincent van Gogh in Arles, for little more than two months. Early in 1889, Gauguin was back to Pont-Aven to stay there until spring 1890. It was only for a short visit in summer 1889 to Paris to see the Exposition universelle and to arrange the Volpini Exhibition that Gauguin interrupted this sojourn. Soon after his return to Pont-Aven he painted The Yellow Christ. Together with The Green Christ, it is considered to be one of the key works of Symbolism in painting. [caption id="attachment_4171" align="aligncenter" width="620"] 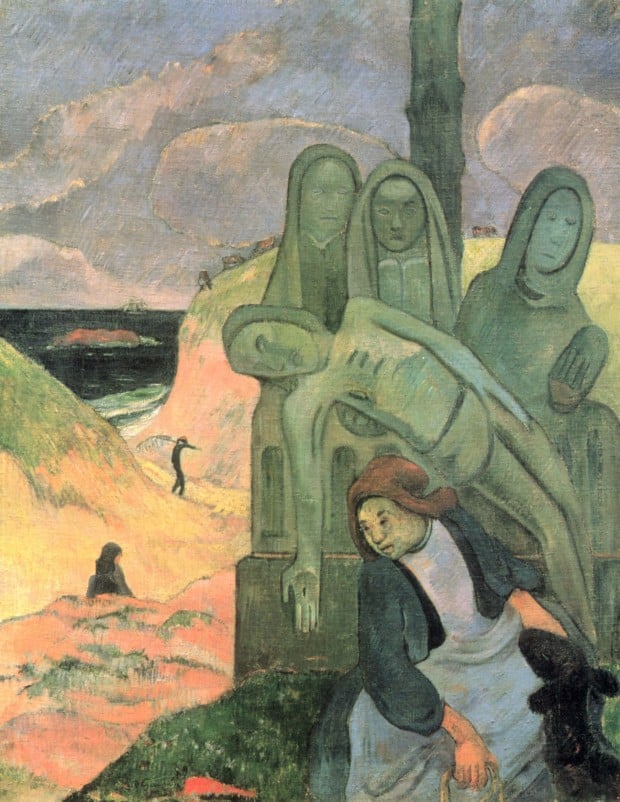 Paul Gauguin, The Green Christ, 1889, Royal Museums of Fine Arts of Belgium[/caption] The Yellow Christ shows the crucifixion of Christ taking place in nineteenth-century northern France as Breton women are gathered in prayer. The bold outlines and flatness of the forms in this painting are typical of the cloisonnist style. We know that the figure on the cross is closely derived from a seventeen-century Crucifixion in the church of Tremalo not far from Pont-Aven. He wrote later in his Intimate Journals, "study color exclusively, but without freedom, always shackled by the need of probability. For them the ideal landscape, created from many entities does not exist. . . . They heed only the eye, and neglect the mysterious centers of thought, so falling into merely scientific reasoning." [caption id="attachment_4172" align="aligncenter" width="620"] 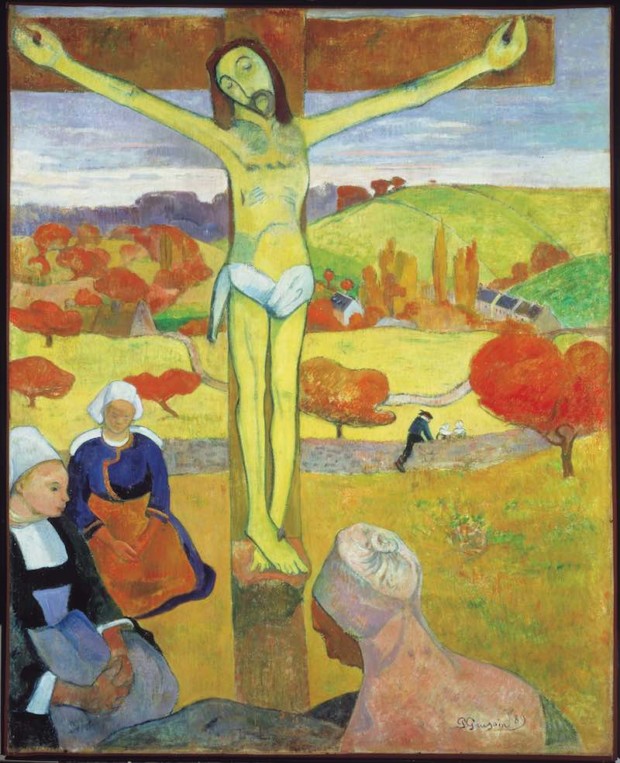 Paul Gauguin, The Yellow Christ, 1889, Albright-Knox Art Gallery[/caption] Gauguin said he chose yellow to convey how he felt about the isolated life and piety of the peasants, several of whom are pictured here dressed in their distinctive regional costume and kneeling at the foot of the cross during the evening hour of Angelus—a Catholic prayer recited daily at 6 am, noon, and 6 pm. The simplicity and primitive directness of the region’s peasants greatly appealed to Gauguin, who made his famous protest against Western sophistication by exiling himself to the South Seas not long after completing this painting. A study for The Yellow Christ in pencil is preserved in the Thyssen-Bornemisza Museum, and a version in watercolor is in the collection of the Art Institute of Chicago. [caption id="attachment_4173" align="aligncenter" width="620"] 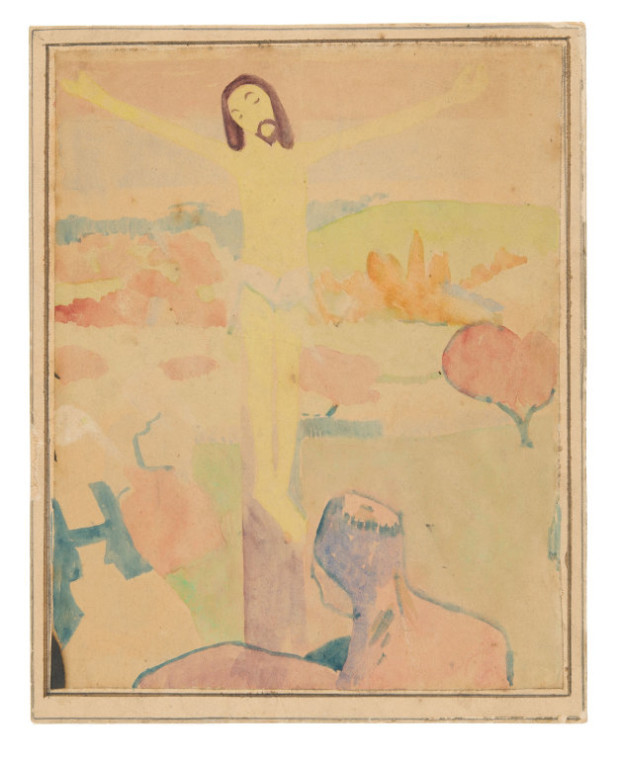