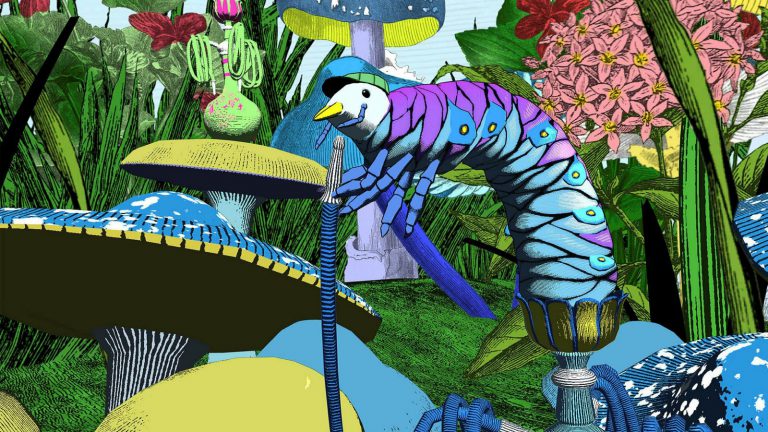 Girl Power: Six Online Exhibitions by Female Artists That You Can View from Home

The summer is here already, and many countries are lifting their Covid restrictions. Apart from vacations, I am sure that all art lovers out there miss plunging into a hall full of beautiful works of art. Museums have long been waiting for visitors to come back, so they have already prepared temporary-itinerant exhibitions. Depending on your favorite destination, here are a couple of must-see exhibitions for summer 2021.

The exhibition Mythological Passions. Tiziano, Veronese, Allori, Rubens, Ribera, Poussin, Van Dyck, Velázquez, which will be in room C of Museo del Prado, from March 2nd to July 4th, is an unrepeatable occasion to contemplate one of the best selections of European mythological paintings from the 16th and 17th century.

Mythological Passions brings together 29 works: 16 from the Museo del Prado and 13 loaned from other institutions. Particularly notable is the fact that the exhibition makes it possible, for the first time in Spain since the 16th century, to see the mythological paintings created by Titian for Philip II between 1553 and 1562 and known as the poesie.

Mythological Passions offers an unrepeatable survey of mythological love through the work of the greatest representatives of European painting. In Greek and Roman mythology, love, desire, and beauty are closely interconnected and rule the lives of gods and men. The texts that refer to those themes, including Homer’s Iliad and Odyssey, Ovid’s Metamorphoses, and Virgil’s Aeneid, were highly esteemed by Renaissance and Baroque artists, who aimed to represent them with profound feeling. The works in the exhibition represent the culmination of a way of understanding painting, making them the object of veneration for centuries.

This exhibition offers a complete survey of Georgia O’Keeffe’s career, ranging from the works produced between 1910 to 1920. Her celebrated flower paintings and views of New York, which led to her recognition as one of the key figures in modern American art, as well as her paintings of New Mexico that arose from her fascination with the landscape and cultural mix, characteristic of that remote region, made her a pioneer of abstraction.

The most expensive painting by a female artist Jimson Weed/White Flower No. 1 (1932), which sold at an auction, is present in the exhibition, along with a selection of approximately 90 works, representative of 20th-century American art. Museo Nacional Thyssen-Bornemisza, which owns five paintings by O’Keeffe, has the largest number for an institution outside the US.

Since you’re already in Madrid…

Do not miss Velazquez Tech Museum, an immersive experience in art through Velázquez and his Las Meninas. A hologram of Velazquez himself will invite you to travel through 8 rooms with dozens of projectors and the highest technology, where you can experience infinite ways of experiencing art through your five senses.

Velazquez Tech Museum is a 360 ° sensory experience where you can enjoy interactive installations of sculptures by Meninas projected with video mapping. The projections are accompanied by baroque music and contemporary rhythms.

Slavery in Rijksmuseum
From 5th June to 29th August 2021

The Slavery exhibition covers 10 personal stories of slavery in the Dutch colonial period and transatlantic slavery in Suriname, Brazil, and the Caribbean. This era, spanning 250 years, is an integral part of the history of the Netherlands. It was a time when people were reduced to property, to objects, to items in the accounts. The exhibition tells 10 true stories from people who were involved in slavery in one way or the other. The voices of both people who were enslaved and people who kept slaves.

To tell a story that is more complete than ever before, Slavery presents items that were cherished by enslaved individuals and tools used on plantations. This exhibition displays objects, paintings, and archival documents. You will also hear oral sources, poems, and music. On the Rijksmuseum website, you can also see ten video stories of these people, alongside ten intriguing animations to spark your curiosity.

Since you’re already in Amsterdam…

Do not miss Hansken who was the most famous elephant in the 17th century. The only elephant in Europe at that time, she traveled to markets, fairs, and courts. When Hansken was in Amsterdam, Rembrandt saw her and drew her a number of times—a perfect reason for The Rembrandt House Museum to bring Hansken’s story to life again in this exhibition for young and old.

“Rembrandt’s drawings of Hansken really show him observing closely and with great interest: he drew her “afterlife”, with attention to every detail including her short hairs, skin folds, and the movement of her feet and trunk.”

How did Hansken actually wind up in Europe, and what happened to her? You’ll have to visit the exhibition to learn the answers.

David Hockney: The Arrival of Spring, Normandy in Royal Academy of Arts
From 23rd May to 26th September 2021

David Hockney traveled to France two years ago with the express intention of capturing the arrival of spring in the rural landscape of Normandy. Hockney observed the richness of the season from the garden, scrutinizing it daily to detect and record the subtle changes in the plants and light as spring emerged and took hold with all its drama and glory.

This exhibition marks Hockney’s third interrogation of the subject, returning to the medium of the iPad once again. This new body of work – 116 works in total – has been ‘painted’ on the iPad and then printed onto paper, with Hockney overseeing all aspects of production, including adapting and developing the new app he is using to his specific requirements.

Alice: Curiouser and Curiouser in Victoria & Albert Museum
From 22nd May to 31st December 2021

Take a mind-bending journey into Wonderland with this immersive exhibition, exploring the origins, adaptations, and artistic reinventions of Alice’s Adventures… across time and media.

Exploring its origins, adaptations, and reinventions over 157 years, this immersive and theatrical show charts the evolution of Alice’s Adventures in Wonderland from manuscript to a global phenomenon beloved by all ages.

“Alice: Curiouser and Curiouser reflects the global impact and legacy of the Alice books across creative disciplines. Since their creation, the Alice books, with their mind-blowing ideas and concepts, have been a source of inspiration for new technologies from silent film to CGI. It has been an extraordinary adventure to work with HTC Vive Arts and Preloaded to take our exhibition into a playful new dimension of VR.”

According to the V&A museum press release, Curious Alice is an extended version of the V&A’s new VR experience for the exhibition, which is available to download. It features enriched animation, additional scenes, and narrative elements, including the presence of the iconic white rabbit as your own personal companion

Curious Alice is now available to download through VIVEPORT and experience at home. Visitors to the Alice: Curiouser and Curiouser exhibition will be able to experience a shorter version, A Curious Game of Croquet, via VR headsets within the gallery.

Yayoi Kusama: A Retrospective in Gropius Bau
From 23rd April to 15th August 2021

Yayoi Kusama is one of the world’s most important contemporary artists. In spring 2021, the Gropius Bau devotes the first comprehensive retrospective in Germany to Kusama’s work.

The retrospective will focus primarily on tracing the development of Kusama’s creative output from her early paintings and accumulative sculptures to her immersive environments, as well exploring her lesser-known artistic activity in Germany and Europe.

Her work is aimed to overwhelm the senses. Infinity and self-obliteration are both recurring themes in Kusama’s work. Obsessive patterns of dots and nets cover the surfaces with ceaseless repetition. She is seeking universal expansion into infinity.

Away from the Easel: Jackson Pollock’s Mural in Solomon R. Guggenheim Museum
Until August 30th 2021

In 1943 Jackson Pollock created what would be his largest-ever painting: Mural. Although Pollock was not yet consistently working with canvases on the floor—pouring and dripping paint from all sides, as he would by 1947—Mural represents a pivotal moment in the evolution of Pollock’s artistic style.

“Peggy Guggenheim commissioned Pollock to paint a mural for the entrance hall in her New York townhouse. The mural was to be installed in the entrance of PG apartment, where any number of art world professionals would encounter it. PG really left Pollack free to choose how he would go about making this wall mural.  It was really bold of her to have that leap of faith in this artist that she would only recently encounter. The legend goes that he completed it in a single frenetic night. We now know that is not indeed the case. He completed it between the summer and perhaps early fall of 1943. […] Certainly, there was a new energy, a new confidence. We know that the initial layer was painted against the wall, and Pollock was certainly experimenting as he worked. Pollock was very much influenced by the Mexican muralists. […] At the Guggenheim, we are so pleased to have this opportunity of bringing the mural back to its NY origins where it all began.”

Alice Neel: People Come First is the first museum retrospective in New York of American artist Alice Neel in 20 years. This ambitious, career-spanning survey at The Met positions Neel as one of the century’s most radical painters, a champion of social justice whose longstanding commitment to humanist principles inspired her life as well as her art, as demonstrated in the survey’s approximately 100 paintings, drawings, and watercolors. Alice Neel: People Come First will be on view from March 22nd through August 1st, 2021.

“I love to paint. In fact, I feel as though I am living for a purpose, that life is not just empty. One of the reasons I painted was to catch file as it goes by, hot off the griddle. After all, I represented the 20th century. I was born in 1900 and I have tried to capture the Zeitgeist. I lived in Spanish Harlem for 25 years. I wanted to show the environment plus the people that were living there. I do not feel either that there is a definite female painting. I do not think there is an iconography that goes especially with women.”

The exhibition spans the entirety of the artist’s career. It shows her professional launch in Cuba in the 1920s, her work as part of the W.P.A. in the 1930s, her resolute commitment to centering the figure in her painting at a time when abstraction was ascendant, in the 1940s and 1950s, her resurgence in the 1960s and 1970s, and the emergence of her “late style” in the 1980s.

Alice Neel: People Come First presents and interpret the artist’s work in eight sections that highlight her engagement with key subjects that recur over her career.