The Art of Ekphrasis: 5 Novels that Deftly Describe Art 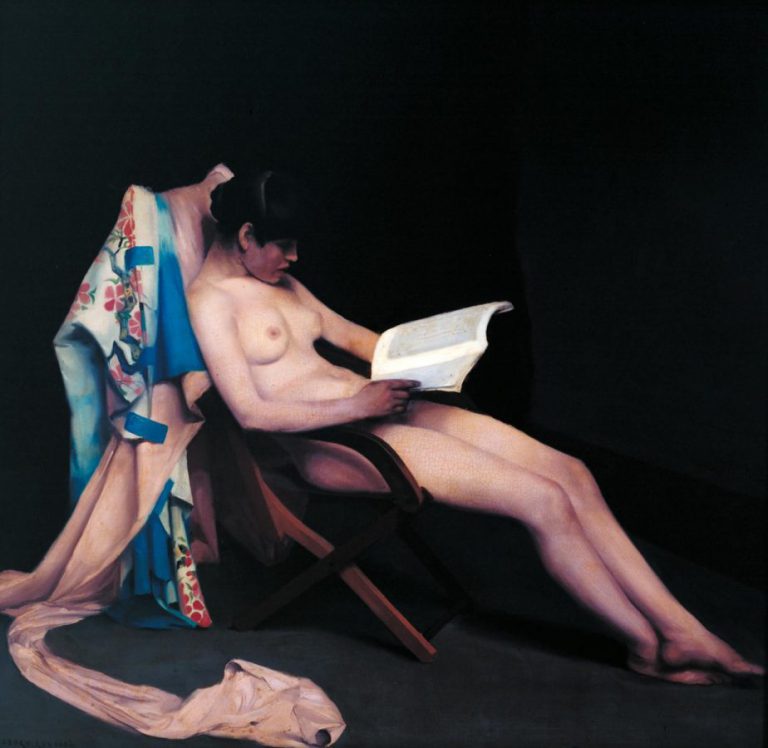 Describing works of art is an essential part of art history and even as a research method in itself. And yet, description is also often dismissed as tendentious. The technical term for describing a work of art is ‘ekphrasis’ and for art lovers, the rendering of art into words is a magical and artistic process in and of itself. Without any spoilers, here is a check-list of five novels you absolutely must read if you love reading (as well as looking at) art!

“Art history … is nothing other than ekphrasis.”

It may not be a modern day novel but the final lines (468-617) of chapter 18 of the Iliad is the founding instance of ekphrasis! It is a description of the shield that the Greek god Hephaestus is crafting for the hero Achilles. The vivid description of a work of art (albeit a fictional one) is totally absorbing and you can read a translation online for free!

“On it he showed the earth, sea, sky, the tireless sun and the full moon, and all the constellations that crown the heavens, the Pleiades, Hyades, great Orion, and the Bear, that men also call the Wain, that circles round in its place, never bathing in Ocean’s stream, while gazing warily at Orion.”

The poem goes into effusive detail describing the scenes: from the constellations, a marriage, a siege and ambush, ploughing, reaping, the grape harvest, cattle-herding, sheep flocks, dancing, and, finally, the ocean around the edge of the shield.

Artists have always enjoyed trying to depict the fictional shield. For example, a literal rendition by Philip Rundell (1822) to the more abstract version by Spencer Finch (image above).

Mantel’s incredible historical saga of the rise and fall of Thomas Cromwell in the court of Henry VII (the Wolf Hall trilogy) is filled to the rafters with wondrous descriptions of art.

In the Mirror and the Light (the third in the series), the character of the artist Hans Holbein appears and is busily painting away – resulting in numerous descriptions of his paintings. You can find a comprehensive list of the paintings discussed here!

3. If Pictures Could Talk: The Improbability of Love by Hannah Rothschild

In this romantic comedy and satire that romps around the galleries of London, a (fictional) lost painting by the 18th-century painter Jean-Antoine Watteau is the main character! That is to say, the picture wryly chats to the reader and makes snobby comments on the main characters, London galleries, and other paintings.

Amongst the various narrations from the fictional Watteau painting are wondrous ekphrases of well-known works of art and evocations of London’s art world.

4. The Goldfinch by Donna Tart

This Pulitzer prize-winning novel is entirely about The Goldfinch, one of the few surviving works by Rembrandt’s most promising pupil, Carel Fabritius. In the story, the work survives an explosion at the Metropolitan Museum of Art in the hands of the novel’s protagonist, Theo. The coming of age novel traces the entwined lives of Theo and the chained Goldfinch.

“It was a direct and matter-of-fact little creature, with nothing sentimental about it; and something about the neat, compact way it tucked down inside itself – its brightness, its alert watchful expression – made me think of pictures I’d seen of my mother.”

Our final novel is particularly different from the rest. Like Homer, it’s all about narrative (but in a modern way) and like Mantel, it’s about history (or at least how history is made). Unlike Rothschild and Goldfinch, art is not the central focus. However, 10:04 makes it onto the reading list of beautiful descriptions of art for its analytical ekphrasis. For example, the fantastic scene that describes the concept of a gallery for damaged (and therefore UNvaluable) artworks:

“What I was holding were the pieces of a shattered Jeff Koons balloon dog sculpture, an early red one. It was wonderful to see an icon of the art world commercialism and valorised stupidity shattered… this was a reversal of the recontextualisation associated with Marcel Duchamp.”

Equally riveting is the whole section of the novel set in Marfa, and around the Donald Judd Foundation. The high point (for art lovers) being the ekphrasis of, and reflection on, Judd’s permanent installation (p.179ff).

The opening of Ben Lerner’s Leaving the Atocha Station is also a beautiful ekphrasis worthy of checking out.

If those five novels aren’t enough to top-up your reading stack why not also add some books that feature artists as characters (like in Wolf Hall):