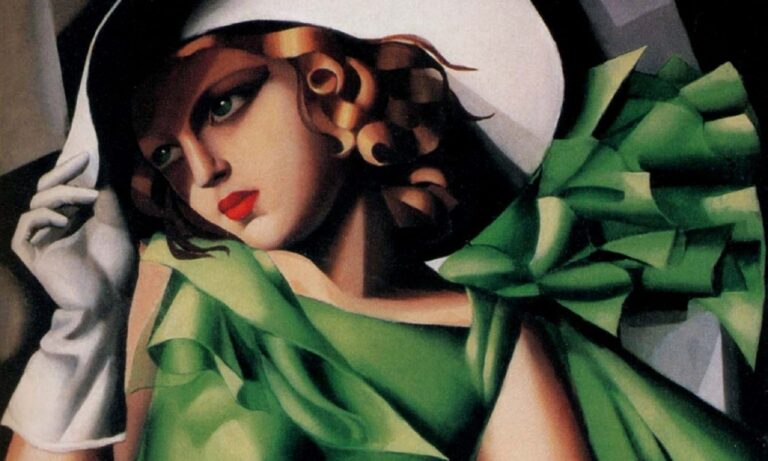 Tamara de Lempicka, star of the Art Deco world, was described by her Hollywood clients as the “Baroness of the Brush.” If one wanted to enter the socialite circles, one needed his or her portrait made by Tamara de Lempicka.

Independent Woman Who Asserts Herself

Tamara de Lempicka was born into a well-off and prominent family. Her father was a Russian Jewish attorney and her mother a Polish socialite. She was an educated and well-traveled young lady who had seen Italian masters, the French Riviera, Swiss landscapes, and opera shows in St. Petersburg, where one day she noticed a handsome gentleman she became determined to marry. It was Tadeusz Łempicki, a lawyer and a Casanova.

In 1917, when the Bolshevik Revolution broke out in Russia, the newlywed couple moved to Copenhagen, then to London, to finally settle in Paris where de Lempicka began studying at the Académie de la Grande Chaumière under the instruction of Nabi painter, Maurice Denis, as well as the Cubist André Lhote. Their influences, especially Cubist ones, are well evident in her bold geometric style. Her paintings are the epitome of the elegant Art Deco and the Roaring Twenties: solid volumes of idealized women against the backdrop of industrial cities or the latest technology.

Her first exhibition took place in 1925 in Milan, and two years later, she won her first major prize at the Exposition Internationale des Beaux-Arts in Bordeaux, France. She lived a bohemian lifestyle which at the time was considered scandalous because her life was filled with parties and lovers, both male and female, such as Gabrielle D’Annunzio, Austro-Hungarian Baron Raoul Kuffner von Diószeg, or Colette, a French writer.

At the outbreak of WWII, she moved with her second husband, the Baron von Diószeg to the United States where she became the favorite artist of the stars again. She also began decorating apartments for her New York friends. However, the advent of Abstract Expressionism halted her career and her following paintings ended up in the attic and warehouses.