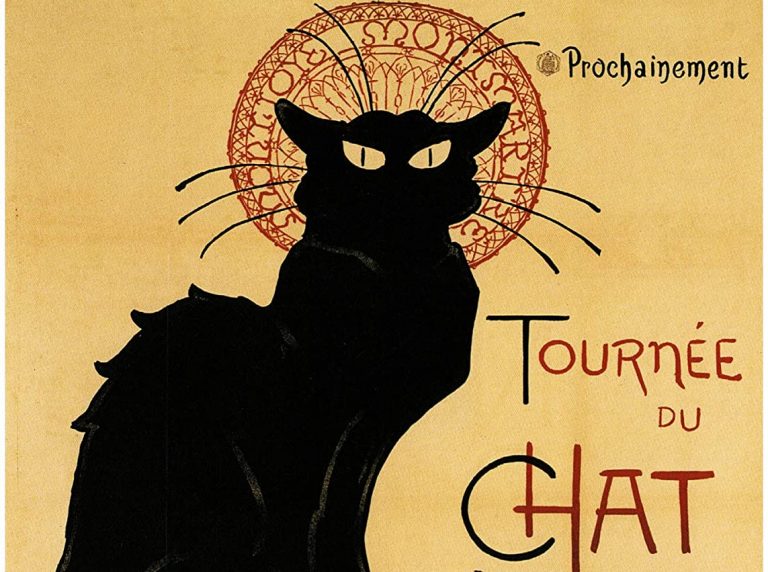 Parisian advertising posters have proven to be an essential element of the retro aesthetic. Reminiscent of the lifestyle of its time, this form of visual expression tells the tale of society and its evolution. Vintage Parisian posters are rare promotion materials that have stood the test of time and are today the art par excellence to sublimate interior decoration. Tableaus of the scintillating Parisian life from the late 19th century through the 20th century form the soul of the imagination that was about to take over the world of advertising of everyday brands and products.

The Belle Époque is a chrononym designating the period marked by socio-economic, cultural, and technological progress, mainly in France and extending from the end of the 19th century to the beginning of World War I. Interestingly, parallel to that time in 1880-1890, the French art scene was dominated by the Impressionists. The introduction of colored lithography remodeled art and its perception during this Golden Age, the reference coined retrospectively in comparison to the horrors of the war. This also coincides with the beginnings of mass production, and therefore with the need for new manufacturers to promote their products in order to stand out from the competition.

Vintage Parisian posters become not just a publicity tool but an object of art and adoration, the everlasting symbol of the Belle Époque. For the majority of the population, these illustrated posters on sidewalks were their first contact with art. Several artists, like Henri Privat-Livemont, saw in this not only a considerable source of revenue but a new means of expression to reach a larger audience. The Cercle Artistique de Schaerbeek and the daily journal La Réforme became vectors of propagation of this Art Nouveau.

Let us meet the three grand masters that incarnate this era’s new art form in France!

Decorative arts during the Belle Époque reflected both change and also nostalgic beauty. In France in the mid-1860s, Jules Chéret (1836-1932) transformed the streets of Paris with the creation of his color lithography printing technique. Chéret created vivid poster ads for the cabarets, music halls, and theaters such as the Olympia, the Folies Bergère, Théâtre de l’Opéra, the Alcazar d’Été, and the Moulin Rouge. The decoration of spaces, delectable imagery, and the arrangement of representations were influenced by the 18th-century Rococo and Neoclassical movements, mixed with modern techniques. In 1866, Chéret opened his first lithography workshop in Paris, where he produced hundreds of posters that stand witness of the times to this day.

Théophile Alexandre Steinlen (1859-1923) was a Swiss-French painter, engraver, illustrator, and an anarchist. Different from the work of Jules Chéret, dazzling in grace, color, and frivolity, Steinlen’s posters adopt a more serious and realistic tone, not only by the themes addressed but also by its sober, square, even austere style.

Steinlen’s love for cats (similar to Henri Matisse) showcases itself in many of his works. It was not until 1885 that his career as a poster designer began. One of his first works was Le Rêve, which is a testimony to the awe of the time for Japan and more generally for the Asian world. Although the tone and colors remain sober, Steinlen rather evokes the universe of Jules Chéret in his first posters.

The impossible-to-miss Tournée du Chat Noir vintage Parisian poster can be found on all kinds of merchandise today. Created in 1896, it embodies the Chat Noir, the bohemian Montmartre cabaret founded by Rodolphe Salis. Poets such as Verlaine, painters like Toulouse-Lautrec, and songwriters like Aristide Bruant frequent the locale and make it one of the first artistic cabarets of Paris.

On this poster, the cat has the distinction of being haloed: a decorative element that is not trivial, because it transforms the pagan figure into a sacred animal and erects it into a Gothic-Byzantine icon. The cat, proud and brusque, poses ceremoniously like a saint. Coupled with the abstract simplicity of style, the technical choice of delving in red and black is a symbolic charge, being widely used by anarchists.

Disabled due to bone fragility from birth, Henri de Toulouse-Lautrec (1864-1901) took on being a draftsman, painter, lithographer, poster designer. Held in certain contempt by the institutions when compared to Paul Gauguin or Vincent van Gogh, it was he however in 1891 who set the future of the famous French poster industry with his enticing poster for the Moulin Rouge.

In 1887, he moved to Montmartre and quickly became the painter of nightlife, cabarets, and bars. A great admirer of dancers and singers, he drew and painted the movements of the legs and the expressiveness of the bodies in the cheerfulness of the evenings at the Moulin Rouge or the Moulin de la Galette. The status of the simple advertising poster was elevated to fine art and the poster craze proudly followed. Exquisite vintage Parisian posters have now become highly sought after and valuable collectors’ items.

In 15 years of a meteoric career, he painted with furious energy, animated by the deep will to render the truth and not the ideal. Rather than portray anonymous or fictitious figures, the artist preferred to depict real-life individuals – among whom, Jane Avril, his favorite model and muse. Incredibly, he left behind more than 700 canvas paintings, 350 prints and posters and 5,000 drawings.

Gunjan Gupta is a professor of French, Francophone literature and European art history based out of New Delhi. She frequently holds seminars and specialized courses on art appreciation and inter-cultural dialogue at the Delhi University.