The Ten Most Romantic Artworks About Love 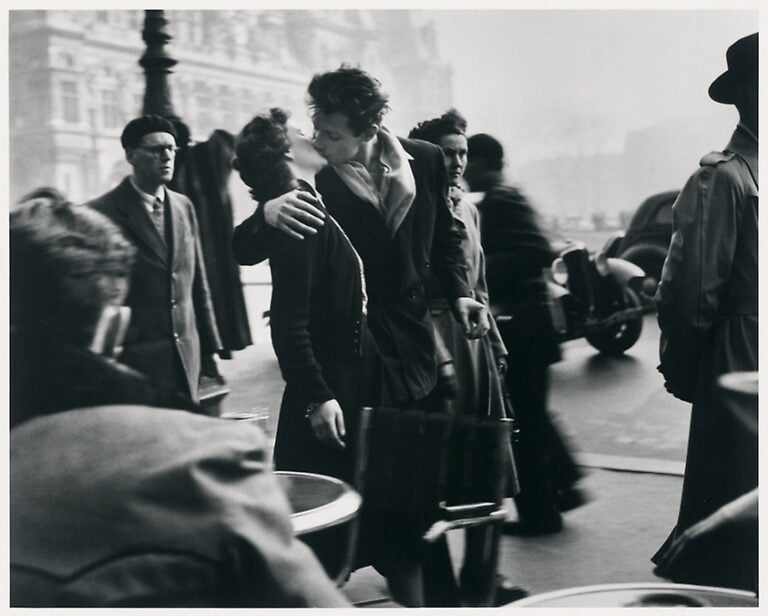 Buried and cozy beneath a blanket, while sleepily gazing at your lover sounds like the best way to start the weekend. Beginning at the end of 1892, Henri de Toulouse-Lautrec began to spend a lot of time at a Parisian brothel, even living there for periods at a time. He was commissioned to decorate the brothel salon. He did, with sixteen oval shaped portraits of the woman who worked there. But he also worked on hundreds of paintings related to the work of the brothel. Le Lit, or The Bed, is the best-known painting of the series.

4. Radha and Krishna Walking at Night, folio from the Tehri Garhwal series of the Gita Govinda

"Clouds thicken the sky. /Tamala trees darken the forest. /The night frightens him. /Radha, you take him home! /They leave at Nanda’s [Krishna’s stepfather] order, /Passing trees in thickets on the way, /Until secret passions of Radha and Mandava /[Krishna] Triumph on the Jamna riverbank." ~ Jayadeva

This nighttime stroll with your lover sounds pretty nice, right? These verses, inscribed on the back of this 18th-century painting, come from a 12th-century Indian poem, Gita Govinda. They provide the source of inspiration and set the scene of private love between the god Krishna, and Radha the gopi (or cow herder). The couple's love seems to almost brightly illuminate them within a dark landscape as they gaze into one another's eyes.

Tenderly clasping hands, lovingly leaning towards one another, while finding relaxing peace in each other's company underneath a honeysuckle bower. Such is the scene that Peter Paul Rubens, the foremost baroque Flemish artist, paints of himself and of his new bride, Isabella Brant. The calm and content emotions seen on their faces, emanating from the countryside as well, speaks of the somewhat unappreciated quiet joy which love grants to couples.

In an exceptional moment of romantic love, we see Cupid as a young deity, lightly hovering over and gently embracing his lover, Psyche, who in turn encircles her arms around him, awakened from receiving his kiss. This is one of the most celebrated romantic artworks about love. If it has Cupid in it, you know it’s going to be romantic, but the devastating story of Cupid and Psyche seals the deal. Based on the story from the 2nd-century text Metamorphoses, by Lucius Apuleius Madaurensis, Cupid falls in love with the mortal Psyche - but we won’t ruin the whole story. Antonio Canova executes the delicate, beautiful figures in true Neoclassical style, and beautifully portrays the beauty of new love.

7. The Kiss on the Sidewalk, Robert Doisneau

A couple too intent on one another to notice anyone, or in fact anything else around them. Sure, this famous couple kissing whilst walking down a Parisian 1950 street amidst uncaring passersby were actually friends of Doisneau who knew they were being photographed. Doisneau asked his friends to just act natural, while he slowly followed. But even though this could be construed as “staged” romance, the eye-for-no-one-else aspect of the photo is strong. It’s a photo of blissful love in the city of love.

Golden tones throughout, a field of wildflowers, and a flower crown and vine crown. These all accompany one of Gustav Klimt’s - the famous Austrian symbolist artist - most famous paintings, and one of the most romantic artworks about love of all time. An embracing couple kneels in a field of flowers. The male figure tenderly holds the face of the female figure, who closes her eyes as she receives the kiss, which transmits a state of peaceful bliss to the viewer, making this one of the most tender romantic paintings of all time.

Heart palpitations and deep sighs of longing: some of the physical sensations that may happen when looking at this painting. At the very heart of the piece, an unrecognizable couple participate in a passionate kiss. The female figure leans back, the better to kiss her lover as she embraces him and tilts up. The male figure grounds her with his body and cups her face as they kiss. His leg is placed on a step, implying that this is a kiss goodbye, and he may leave at any given moment.

This painting, by Italian artist Francesco Hayez, was his most famous work and encapsulates Italian Romanticism perfectly. But it also may have a political connotation, showing patriotism and urgency of the Risorgimento—the Italian unification social and political movement of the 19th century. But for whatever the reason for his flight, the urgency and passion behind the kiss easily transmits, placing it among the most romantic artworks about love.

Stay in the romantic mood and check out: