World’s Most Beautiful Libraries You Should Know 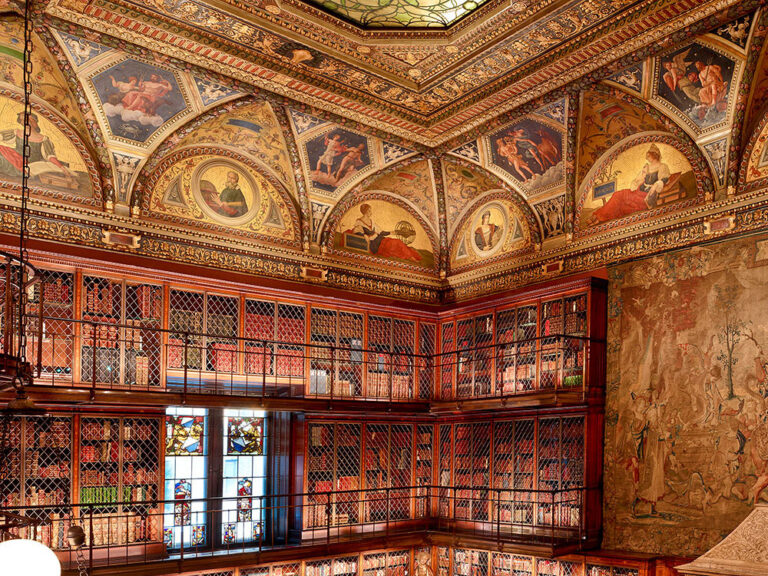 Around this time of year, most schools and universities welcome back their students as a new semester begins. As we all know, the past year has been challenging for all students due to numerous lockdowns and restrictions preventing them from going back to their campuses and libraries. This article brings some new hope for the upcoming semester with a dose of the world’s most beautiful libraries that you should know! Who knows, maybe this semester you will finally get to study for your exams in one of these…

Sad story to begin with… This library was designed by Charles Rennie Mackintosh, a front architect of the Glasgow School, a style which had a lot in common with Symbolism and Secession in continental Europe. Sadly, this masterpiece was damaged in a freak fire in May 2014. If that wasn’t enough, another fire ripped through the library in June 2018, as a major restoration was nearing completion… As of 2021 the library is still under ongoing restoration and… fire investigation.

Cool libraries seem to be cursed… Why are books so vulnerable when it comes to fire? Ech, the same fate doomed the library of Alexandria, Egypt—the biggest library of the ancient world—which housed 40,000 to 400,000 scrolls and papyruses! It is believed to have survived several fires, yet we don’t know exactly by whom or when damaged it for good. However, its destruction has become a universal symbol of loss of public knowledge.

The Jedi archives of the Jedi Temple in the movie Star Wars: Episode II – Attack of the Clones look a lot like the Long Room of this stunning library in Dublin. It hosts Ireland’s national treasure, the Book of Kells, which is a beautifully illuminated Gospel produced at a Columban monastery around 800 CE. The library itself came into being in 1592, as the university was founded. It is the biggest library in Ireland.

When talking about movies, we should mention this one, as its reading room served as the stand-in for the Hogwarts library in the Harry Potter movies! Yet not only Harry Potter studied there, but also J. R. R. Tolkien, C.S. Lewis, and Oscar Wilde. And it’s Oxford, so except for five kings, 72 Nobel Prize winners, and 28 prime ministers, who have all studied there, we can expect more to come!

El Escorial was the historical residence of the king of Spain, and it was Phillip II (reigned 1556-1598) who added the library, which is now a World Heritage Site, and donated to it his own collection. The frescoes on the vaulted ceilings represent the seven liberal arts: rhetoric, dialectic, music, grammar, arithmetic, geometry, and astronomy.

The Morgan Library was first designed by Charles Follen McKim, and its original purpose was to serve as a private library for financier Pierpont Morgan. It’s Renaissance interior is richly decorated with frescoes, stained-glass, tapestries, and a prominent Istrian marble-carved mantlepiece. Pierpont Morgan’s collection is comprised of numerous Old Masters’ drawings, medieval and Renaissance manuscripts, photography, art objects, and of course rich archives…

The name Cuypers Library comes from the famous Dutch architect Pierre Cuypers, whose designs of Rijksmuseum and the Amsterdam Central Station are the symbols of the city. This library is the largest and oldest in the Netherlands, and it currently functions as the research library of the Rijksmuseum. It had been open for use for art history lovers as well as professionals, but is currently closed due to renovation.

The content of this library comes from the collections of Abbey of Saint Genevieve in Paris—founded in the 6th century by Clovis I, the King of Franks. The library has therefore a long history, but the most exciting part of the building is the 19th century reading room equipped with an innovative iron frame supporting the roof. It was built between 1838 and 1851 by architect Henri Labrouste, one of the most prominent French architects of the time. Currently, the library has a collection of 2 million documents and is a part of the University of Paris (Sorbonne).

This pearl is our last example of the most beautiful libraries in the world. The Austrian National Library (Österreichische Nationalbibliothek) is located in Hofburg, the formal imperial palace in the historic 1. District of Vienna. Its vast collection comprises of some 12 million objects, which makes it the largest library in Austria. The library was established in the Middle Ages by the Habsburgs. In the above image, you can see the famous state hall (Prunksaal), a central part of the old imperial library. The constructions of this part were initiated in 1721 by famous architect Johann Bernhard Fischer von Erlach and later finished by his son Joseph Emanuel Fischer von Erlach. The state hall can be considered as a Gesamtkunstwerk, as the entire construction was elaborately designed with frescoes and sculptures of emperors symbolizing the power and virtues of the Habsburgs.

How did you like our selection of the world’s most beautiful libraries? These impressive temples of knowledge and history are truly breathtaking!