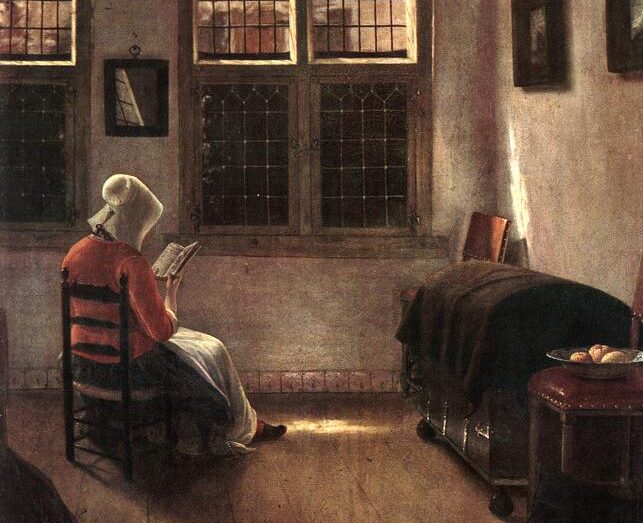 I like a good listicle, so this month I decided to write about some of the most important art-related books you should read. Written in the previous century, they have been massively influential for artists, art historians, and art theorists. Some of them have been almost prophetic and feel relevant to this day.

These books influenced not only art history but also architectural theory, cultural studies, and media theory. They aren’t always linked directly with art but comment on the development of technology and mass media so important for the art in the 20th and 21st centuries.

People who are skeptical towards contemporary art often say that they don’t understand it. They see an abstract painting and look for some hidden ideas. This is when thoughts of Marshall McLuhan come to my mind. To ‘get’ a work of abstract art is often not about ‘understanding’ it but rather considering it in its entirety, responding to its form and composition in an intuitive, sensual, non-intellectual way. This is one of the concepts presented in McLuhan’s influential Medium is the Message, where he claimed that the way we send and receive information is more important than the information itself. Written in the 1960s, it talked about the power of technology and form in shaping our experience. It had a huge impact on visual art, especially minimalism and it influences many artists to this day.

2. Walter Benjamin, The Work of Art in the Age of Mechanical Reproduction, 1936

The Work of Art in the Age of Mechanical Reproduction by Walter Benjamin laid idle on my shelf for many years before I finally picked it up. I was glad when I finally did because it is one of the most important works of cultural theory ever written and it still seems prophetic. It explains how in the age of mass media, audiences can see a work of art repeatedly. It explores what the implications of this are, namely the lack of so-called aura. The work is taken out of tradition, its original surroundings. It suddenly can be experienced from the comfort of our sofa but is then automatically stripped out of its uniqueness, replaced with a social and political significance.

John Berger drew from the themes of Walter Benjamin’s essay, first in the television program Ways of Seeing (1972) and then in the influential book of the same name. Benjamin’s ideas are translated and expanded upon by Berger in a very accessible way. Ways of Seeing was one of the first books I read for my art history course and it still is a key read for many art students. The ideas explained the way we look at art and how images have layers of deeper meaning beyond what they show on the surface. This heavily illustrated, short book is full of brilliant thoughts that will change your thinking about art and images.

This is one of the most popular books on the subject of photography and yet another position on this list exploring how a reproduced image has affected contemporary society. On Photography is not a book on the history or techniques of photography but an incredible critique of the medium. Sontag forces us to reconsider the simple act of “snapping” and reveals further meanings, such as the idea that as soon as a photograph of somebody is taken, we’ve witnessed a moment of their life expiring, hence we participate in their mortality.

The Story of Art by Ernst Gombrich is considered to be a classic introduction to art history that has sold millions of copies. It does not, however, tell the ultimate history of art, but its Eurocentric version, stripped of women artists (the only exception is Käthe Kollwitz). It is perfect if you are a complete beginner and want to learn about artists and movements that are considered the art historical canon. I would only recommend reading it if from the outset you involve some critical thinking, followed up with books like The New Art History: A Critical Introduction or 50 Women Artists You Should Know.

Also, I encourage you to visit my YouTube channel and see my video where I explain the books mentioned in this article is more detail: