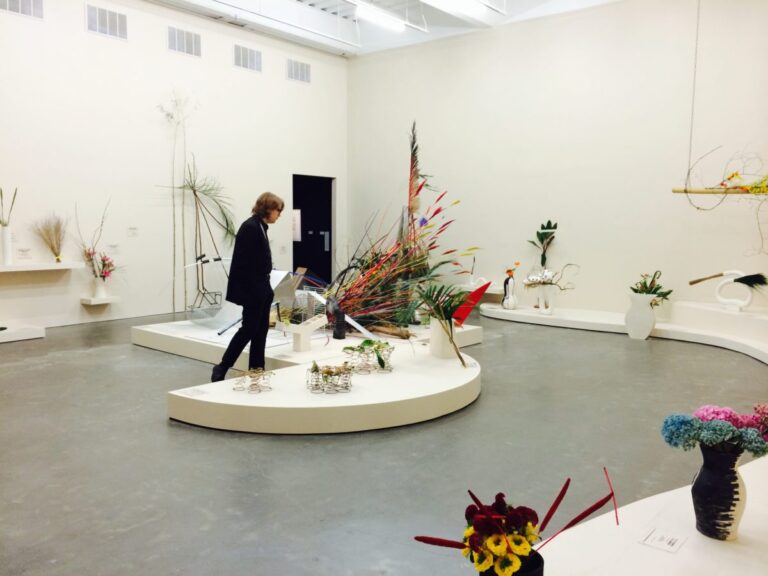 What would you take if you were going to move to the other side of the globe? French artist Camille Henrot apparently brought a little. But she was unwilling to turn her back on the past completely. When she left Paris, she was an artist with a quite established life. Few years after graduation she had a couple of shows in galleries and museums. When she moved to New York, one of the things she left at home was her book collection. A universe of thought that shaped her sensibility, her art, and her mind. Instead of taking them with her, she decided to somehow recreate them using… flowers. [caption id="attachment_2368" align="aligncenter" width="620"] 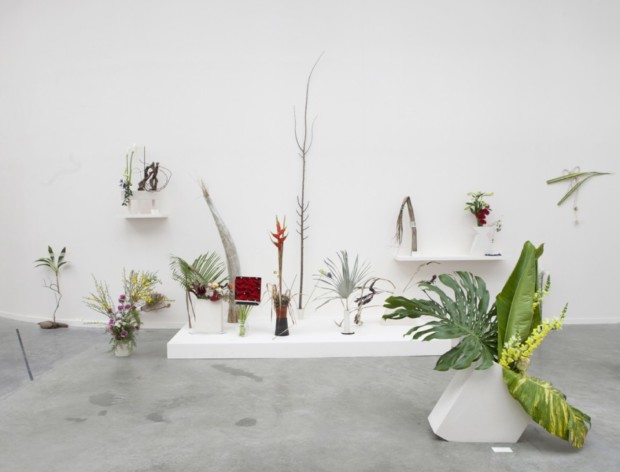 Camille Henrot, Is it possible to be a revolutionary and like flowers?, Installation view, 2012 La Triennale "Intense Proximity", Palais de Tokyo, Paris, 2012 © Camille Henrot Photo. Fabrice Seixas. Courtesy the artist and kamel mennour, Paris[/caption] Not some ordinary bouquets, though. Flower arrangements made by Henrot are rooted in Japanese ikebana tradition. But, once again, it's not that straightforward. Like other elements of traditional Japanese culture ikebana arrangements represent a certain philosophy. A certain way of perceiving the world and mankind’s place in it. There are three branches in every arrangement: one for heaven, one for earth and one for humans. As you might imagine, there are strict rules to it. Though their strictness depends on which ikebana school one chooses to follow. Among them there is a fairly young one, which was established in the 1920s, called Sogetsu School and its founding father was a man named Sofu Teshigahara. It still sticks to three-branch principles yet remains far less orthodox. Especially when considering material usage. In following decades it was further developed in Sogetsu Art Center, along with avant-garde music and visual arts. Just take a look at this elegant modernist building from the late 1950s, designed by Kenzo Tange. That itself shows the fascinating interference of traditional and modern, eastern and western. [caption id="attachment_2371" align="aligncenter" width="620"] 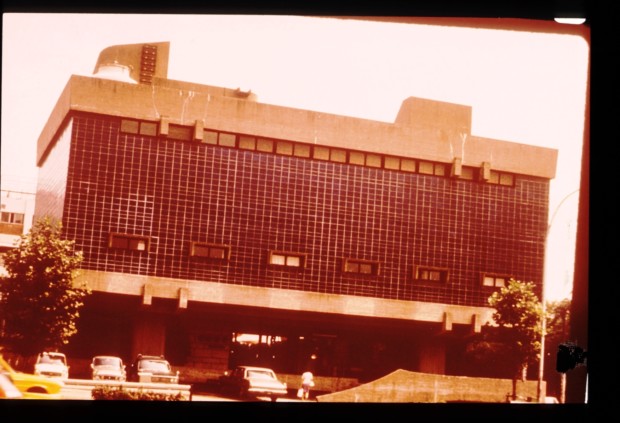 Sogetsu Art Center, photographer unknown, 1955-1956, North Dakota State University Institutional Repository[/caption] No wonder that Sogestsu school's story appealed to Henrot. She took that liberating approach for the face value and playfully arranged her compositions. Here’s the one representing Jean Genet’s „The Thief’s Journal”. Humorously reflecting its protagonist’s outsider character, the artist laid the flowers on the vase instead of putting them into it. [caption id="attachment_2372" align="aligncenter" width="620"] 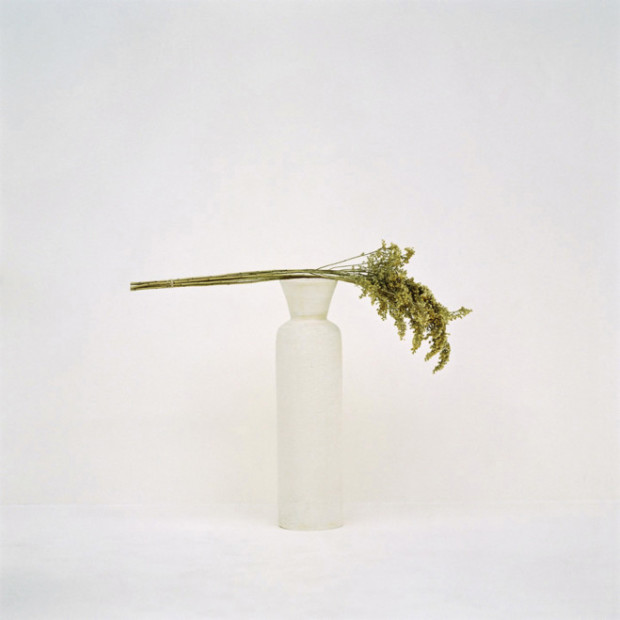 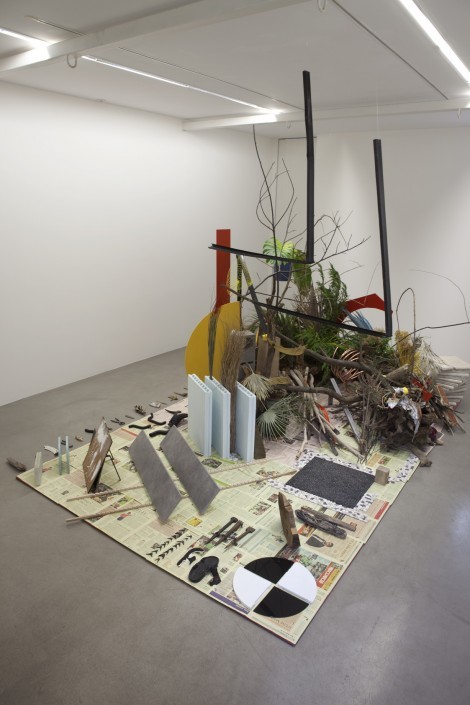 Camille Henrot, “Robinson Crusoé”, Daniel Defoe (serie “Is it possible to be a revolutionary and like flowers?”), 2012, View of the exhibition “Is it possible to be a revolutionary and like flowers?”, kamel mennour, Paris © Camille Henrot Photo. Fabrice Seixas Courtesy the artist and kamel mennour, Paris[/caption] What attracted Henrot in the medium she utilized was its cross-cultural backbone. But not less important was the lure of odds, that is collision between text and plain flower arrangement. Between something intellectually dense and sensually appealing. That sort of fascinations return in Henrot’s whole body of work. It culminates in her stupendous video entitled „Gross Fatigue”. In this piece she tells the ultimate story of the world, putting various scientific, religious and mythological narratives side by side. https://vimeo.com/86174818