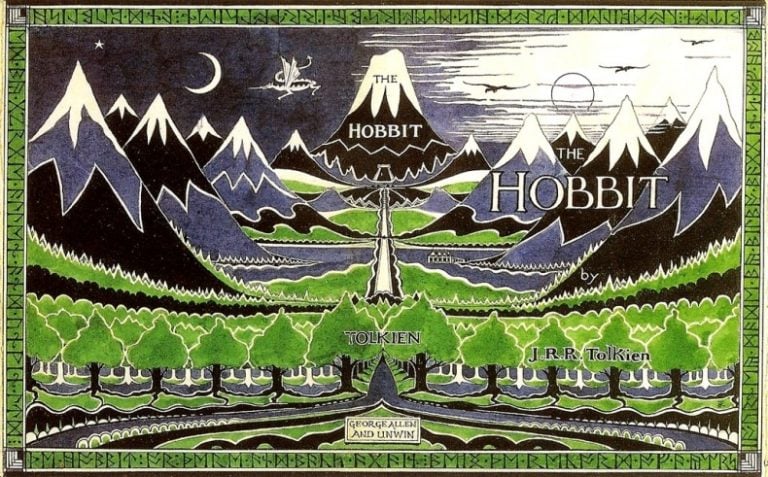 J.R.R. Tolkien’s written works have influenced many around the globe. However, perhaps less known than his books are his illustrations that he began as a young child. These illustrations further enhance the reading process of The Lord of the Rings series, as well as offer an insight into the mind of a literary genius and his creation of Middle Earth. Here is art made by Tolkien!

If you are one to immerse yourself in an artist’s or author’s life’s work, then this is for you. J.R.R. Tolkien’s artistic process was very much intertwined with his writing process. The two, together in tandem, offer a unique light into the man’s mind.

John Ronald Reuel Tolkien (1892-1973), an English author and professor, was born in Bloemfontein, South Africa. After his father’s death in 1896, the family moved back to England, and after his mother’s death in late 1904, Tolkien and his brother were orphaned. They spent the rest of their adolescence being tended to by their local priest, various family members, and living in boarding houses.

Throughout all these years, Tolkien never stopped writing, painting, or drawing. He continued in his academic search for knowledge, excelling in languages and classic literature. He also met his future wife, Edith, in one of the boarding houses, though they would not marry for several more years.

World War I began while Tolkien was enrolled at Oxford. Even during his brief stint as a soldier, he continued to write. Battle features largely in his stories. It is no surprise that the war had left an impression on him. Later, when he began his teaching career, he brought these stories and illustrations with him and published The Hobbit (1937).

Much of Tolkien’s early art is focused on the rural English countryside where he spent his childhood. Using his surroundings, he created watercolor paintings and sketches of the world around him.

Later, with his children, Tolkien used the illustrations to further enhance the stories he wrote. None were meant to be seen except perhaps those for The Hobbit‘s original publication. Even then, the entirety of that collection was unknown for many years. Not only was the author and professor proficient in drawing and watercolor, he also mastered the art of calligraphy. Within this area, Tolkien created new languages for his stories, as shown below. Readers and admirers of his work have even taken to learning these languages.

The Art of Middle Earth

What began as illustrations to accompany stories for his children and his own concept art later turned into some of the most beloved fantasy works of all time. However, a large portion of Tolkien’s illustrations stayed hidden in the Bodleian Library’s archives for years. They were later released as part of the 75th anniversary of Tolkien’s book, The Hobbit.

While the original publication contained Tolkien’s illustrations, it was not known at that time how many drawings and paintings the author and illustrator completed. Over 100 illustrations are now available for the general public to view, whether that be online or in various museums. Together with his stories, Tolkien’s own personal illustrations help to elevate the process of reading his books. As a result, they are capable of fully immersing us into that very special world filled with hobbits, elves, orcs, and dragons.

Legacy in Art and Literature and Beyond!

The legacy that J.R.R. Tolkien left behind after his death in 1973 is not surprising. However, it stretches through many genres and avenues. His fantasy writing and art have influenced many generations through activities such as Dungeons & Dragons, other books such as Harry Potter or A Song of Ice and Fire, and much more not limited to other artists.

From the landscapes to the characters to the storyline, inspiration can be found just about anywhere when examining the world of Middle Earth. Tolkien, himself, received inspiration through his own art, using it as the backbone of his stories.

I wisely started with a map, and made the story fit (generally with meticulous care for distances). The other way about lands one in confusions and impossibilities, and in any case it is weary work to compose a map from a story.

Oxford and Leeds Universities are a large part of Tolkien’s legacy. His involvement with both learning and working at the institutions shaped him as an adult and aided in furthering the creation of Middle Earth. It is partially because of his years at these institutions that we owe our thanks as his admirers. He escaped into his art and writing and we all followed.