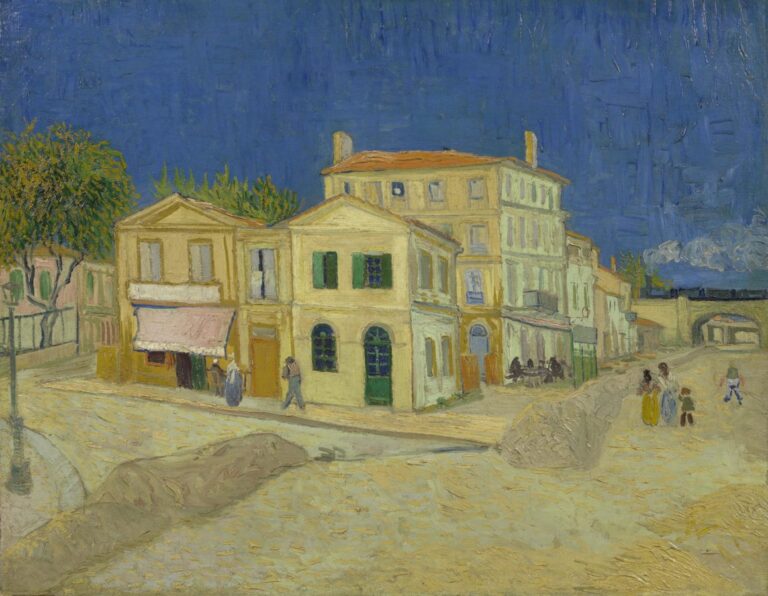 Are you still undecided on where to go for your vacation? Have you visited all the summer destinations from our previous painting-inspired list and are looking for inspiration? Here comes a selection of artsy places you can visit!

At first glance, Worpswede may seem a quiet, tiny town in Lower Saxony. However, since the end of the 19th century it has been an artists’ hub; over 130 artists and craftsmen have been working there. It was established 128 years ago by three young painters from Düsseldorf. They were so enthusiastic about the place after spending a summer there that they resolved to move there permanently. This decision had equivalents all over Europe, other artists of their day also turned their backs on big cities in order to create nature-inspired art.

In 1810 William Wordsworth, a major English Romantic poet, published a Guide to the Lakes, more fully A Guide through the District of the Lakes simply because he needed money. Following the idea of Reverend Joseph Wilkinson, who saw the potential in the growing tourist industry in the area and had executed a series of views of Lake District, Wordsworth put together text accompanying the engravings. It was well known that he actually hated the engravings which apparently went seriously wrong when the publishers tried to color them. Wordsworth told Lady Beaumont that she would receive from them that sort of disgust which he did from bad poetry and that they would please many who in all the arts were most taken by what was worthless. However, the beauty of the Lake District is indisputable, no matter what you think of the engravings.

Vincent van Gogh had an idea of creating an artists’ community, based on his ideas of Buddhist communities of monks. He found Arles, a town in southern France, a perfect place for that. Light there had this amazing warm quality, perfect for his vibrant paintings. He rented four rooms at 2 Place Lamartine on May 1, 1888 and invited his friend Gauguin to live with him. Sadly, the house did not survive WW2 as it was heavily damaged by Allied bombing in 1944 and later demolished. However, you can still see a café that van Gogh went to to eat almost every day.

In 1933 an experimental art school Black Mountain College was founded. It was open for only 24 years, but during this time it saw the biggest artists of the post-war era grow and learn. There were such great teachers as Willem de Kooning, Josef and Anni Albers, John Cage, and Walter Gropius. Meanwhile promising students such as Robert Rauschenberg, Cy Twombly, or Kenneth Noland attended it. Today you can visit its art center: https://www.blackmountaincollege.org/