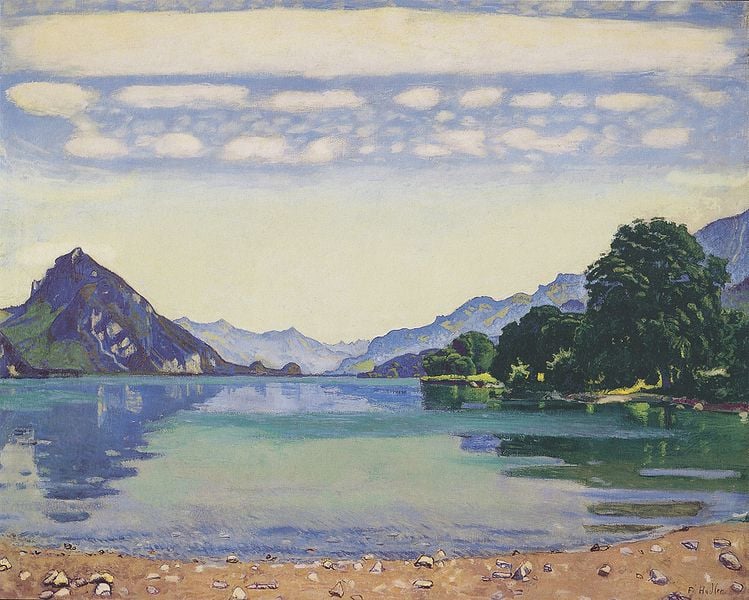 Ferdinand Hodler was the most influential Swiss artist in the late 19th and early 20th centuries. Hodler’s beautiful mountain landscapes were, in his own words, to bring out “nature’s essential beauty”. Sadly, he saw himself primarily as a figure painter, and made his reputation through large, figurative compositions with cosmic symbolic themes that preoccupied many late 19th century European artists. See Ferdinand Holder’s magnificent vistas of the Swiss Alps!

In the mid to late 19th century, the Swiss landscape was overrun by tourists for the first time, and the country began to experience the full effects of industrial development. Hodler’s landscapes were, in contrast, pristine, without a trace of the Industrial Revolution. The Hodler’s nature is ideal.

For Hodler, landscape painting had a philosophical dimension. Painter’s goal was to reveal the laws of nature and of the world through a patient, structured study of the location.