The Story of Raphael’s Lost Portrait of a Young Man 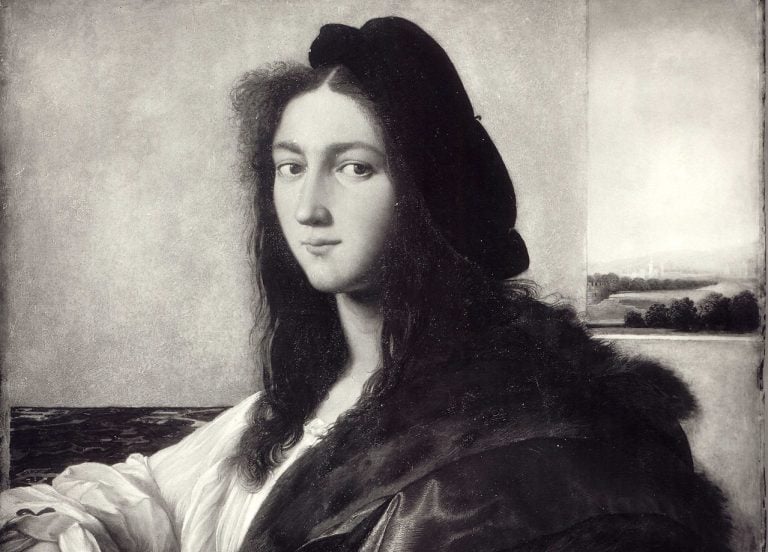 Have you seen this painting? It is currently missing; in fact, it has been missing since 1945. Let’s explore the story of one of the most important paintings lost during World War II, Raphael’s Portrait of a Young Man.

Portrait of a Young Man was created by Raphael probably in 1513-1514. By many, it is considered the most important painting to go missing during World War II. It was most certainly stolen from the Princes Czartoryski Museum in Poland by the Nazis.

The collection had three highlights – Leonardo’s Lady with an Ermine, Rembrandt’s Landscape with the Good Samaritan, and Portrait of a Young Man. When the Nazis entered Poland in September 1939 all three paintings were hidden – walled up in the outbuilding of an aristocratic residence in the small Polish town of Sieniawa.

Unfortunately, two weeks later the Nazis discovered the hideaway. The hidden paintings and the masterpieces first decorated Hans Frank’s (the governor of the General Government) residence in Krakow. Later they were sent to Berlin and Dresden, to become part of the Führer’s own collection in Linz. In August 1944, Leonardo and Rembrandt were moved to the palace in the Lower Silesian town of Sichów, which was the headquarters of Hans Frank at the time. Was Raphael with them? It wasn’t confirmed in any reports.

Today nothing about this story is certain. What happened to Raphael’s painting? Was it taken by Hans Frank when he fled from the Allies in 1945? Or was it taken by someone else? The Allies arrested Frank in May 1945. Leonardo’s and Rembrandt’s paintings were found in his villa and luckily came back to Poland. However, Raphael’s portrait wasn’t there.

The 2014 film The Monuments Men tells the story of an Allied forces group from the Monuments, Fine Arts, and Archives program. They were given the task of finding and saving pieces of art and other culturally important items before the Nazis destroyed or stole them. In the film, the painting is shown being destroyed by the Germans in an unidentified cave or mine that German troops then set on fire with flamethrowers. There is no evidence that this event ever happened though.

On the other hand, every so often some new information about the portrait pops up; there is a chance that the painting is in some mysterious private collection in Germany, the United States, Switzerland, or Russia. Nothing has officially been confirmed and the whereabouts of the painting remains unknown.

What about the portrait itself? The subject’s identity is unverified. Many scholars have traditionally regarded it as Raphael’s self-portrait, although there is no proof of this. The young man is richly-dressed and confidently poised. It is probable that Raphael’s studious approach to the idealized representation of human proportion was based on his studies of ancient athletic and military heroes in classical sculpture such as Doryphoros and Augustus of Prima Porta. The only photos of the painting are in black and white. We don’t know exactly what colors Raphael used in it.

I need to add one more thing: I mentioned that the painting was in the Princes Czartoryski Museum collection. This collection remained in private hands until 2016 when the Polish state bought it for €100 million. The price includes the rights to Raphael’s Portrait of the Young Man.

According to some art market specialists, if found the painting itself would be worth in excess of $100 million today. The collection found its place in Krakow, as part of the National Museum in Krakow. On the wall of the Princes Czartoryski Museum, there is one empty frame. It is the original frame of the piece, still waiting for the painting to come back to its rightful place.