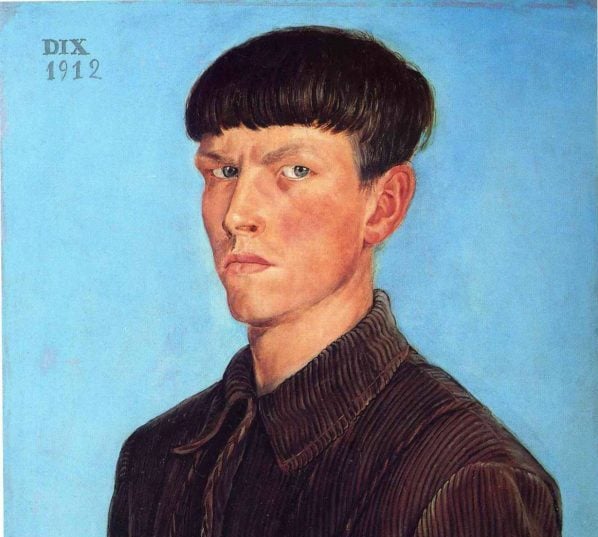 The Art of Adolf Hitler: Idyllic Paintings of a Monster

As a person who considered himself an artist, Hitler was very sensitive to aesthetics. He hated people who did not fit into his imagined world of ideally proportioned men with Aryan features and German upbringing. The same applied to artworks: if something looked too modern, it was discarded as un-German, Jewish, or communist. In effect, virtually all German Avant-Garde artists faced sanctions, lost their jobs, or even had to flee the country. Here are four of Hitler’s least favorite “degenerate artists.”

In the year when Hitler took power, 1933, Ernst Ludwig Kirchner’s art was already branded as “degenerate”. This talented Expressionist printmaker, painter, and sculptor, was very disturbed by the situation. He wrote:

There is a war in the air. In the museums, the hard-won cultural achievements of the last 20 years are being destroyed, and yet the reason why we founded Die Brücke was to encourage truly German art, made in Germany. And now it is supposed to be un-German. Dear God. It does upset me.

In 1937 over 600 of his artworks were sold or destroyed and he was expelled from the Art Academy in Berlin. A year later, Kirchner committed suicide by shooting himself.

Fortunately Max Ernst left Germany for France already in 1925. However, his German origins caused Ernst some problems. In 1939 he was interned as an ‘”undesirable foreigner” in Camp des Milles, near Aix-en-Provence. His friends Paul Éluard and Varian Fry interceded and Ernst was released a few weeks later, but when Germany occupied France in 1940, he was arrested again, this time by Gestapo. He escaped and with some help from his friends, Peggy Guggenheim and Fry, he fled to the US.

In 1933 the Nazis called Max Beckmann, an artist associated with the New Objectivity movement, a “cultural Bolshevik”. He was dismissed from his teaching post in the Frankfurt Art School and in 1937 over 500 of his works were confiscated by the government. A day after Hitler’s speech about “degenerate art” Beckmann left Germany for the Netherlands and stayed there until the end of the war. Then he moved to the United States.

Otto Dix was also sacked from his teaching position at the Dresden Academy because of being one of the “degenerate artists”. However, he remained in Germany and kept painting. As the other practicing artists, he was forced to join the Reich Chamber of Fine Arts and promise that he would paint only landscapes. He was conscripted into the army and captured by the French at the end of the war. They released him in 1946. Dix returned to Germany and regained his recognition and good name.