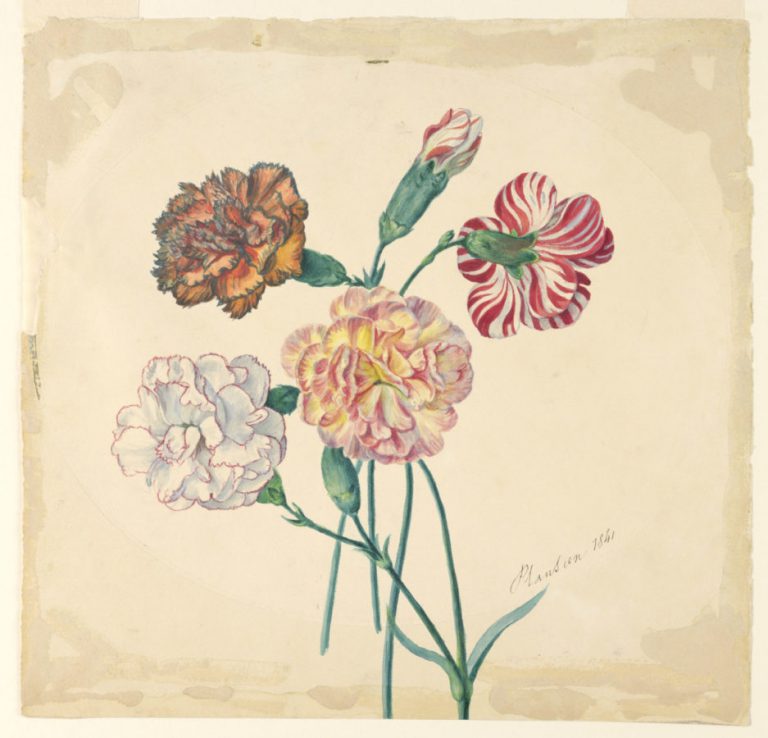 Carnations have been called the flower of the gods and have a long history that dates back thousands of years. This beautiful flower has many meanings and stories associated with it in different corners of the world.

For example, some of its significant roles include: being the symbol of the labor movement, the official flower of Spain and Slovenia, first anniversary flowers, remembrance of World War II veterans in the Netherlands, a wedding flower in China, a funerary flower in France, and the revolutionary flower of the proletariat in the Soviet Union!

The first carnations were shipped to the US from France in 1852. Since then, they have become the most popularly gifted flower after roses. Apart from their captivating beauty, the flowers have been used for many purposes. For instance, carnation oil is used in beauty products. The flowers can be brewed into tea, something known to help restore energy and reduce stress. Additionally, carnations have captivated the hearts of many artists across different media and continents.

Diana, Goddess of the Hunt

According to an early legend, Diana, the Roman goddess of the hunt was returning home one day, angry after an unsuccessful hunting trip. She stumbled upon a shepherd, who was playing Diana's flute. As a result, this deeply enraged her and she was prompted to attack the poor shepherd, ripping out his eyes. However, after a while, when she had calmed down, Diana regretted her actions. Consequently, where the eyes of shepherd had fallen, red carnations emerged.

In 1907, the Mother of Mother's Day, social activist Anna Jarvis, chose her mother's favorite flower, the carnation, to be the emblem of Mother's Day. She chose the color white to represent the purity of a mother's love. Over the years, the tradition of giving carnations continued though different meanings evolved. For example, A red carnation now represents a mother who is still living, while a white carnation symbolizes a mother who is deceased.

It is believed that Anna Jarvis may also have chosen the carnation because in the Christian tradition, carnations are associated with the Virgin Mother.  According to the legend, when Mary saw her son Jesus carrying the cross she shed tears. These tears turned into carnations when they touched the ground -  making them a symbol of a mother's undying love.

Carnations have inspired many poets, artists, and authors. The inspiration for this painting by John Singer Sargent came from the following verse of Joseph Mazzinghi's popular song Ye Shepherds Tell Me.

Ye Shepherds tell me,
Tell me have you seen,
Have you seen My Flora pass this way?
In shape and feature beauty’s queen,
In pastoral, in pastoral array.
A wreath around her head,
around her head she wore,
Carnation, lily, lily, rose,
And in her hand a crook she bore,
And sweets her breath compose.

If you want to look at more beautiful flowers, have a look at: