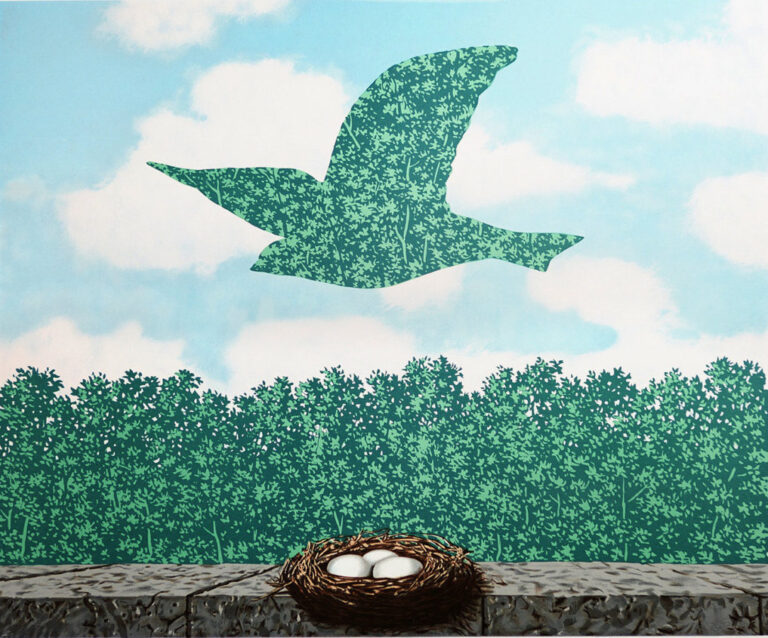 Around the World in Spring Through Paintings

Spring is my favorite season and it seems to have been a favorite season of many artists throughout art history. Is it for its blossoming flowers, singing birds, and longer days? Or is it rather for its many symbolic connotations, such as ideas of rebirth, resurrection, an awakening of life and desires, which have been perpetuated across cultures, religions, and nations for centuries?

Eternal will to shock

Ach, Rodin and his fondness for shocking… In the 1900s such explicit scenes reinforced by the stark realism of technique were a real novelty in sculpture. Here Rodin alludes to the meaning of spring as the season of lovers. The arched back of the woman’s body which is at the same time perfectly balanced by the man’s pose intensifies our sensation of their passion which seems to be so strong to last eternally.
(Imagine, however, to be obliged to continue kissing forever…Pretty breathtaking, isn’t it!)

Perhaps not the best beginning of the season

This young girl seems to be reflecting on the events of the previous night, when she lost her virginity. Who with? Was it right here, in the countryside, or was it in a village from which she ran away? Are a small bird and a dog, or is it a wolf (?), trying to comfort her, or are they just her usual companions? Who are the people in the background? Gauguin, as always doesn’t give us enough clues to guess. This work, from his first Tahitian period, is full of unsettling, contrasting colors and unanswered questions. Yet, the girl’s tense face does not proclaim anything good…

Have you seen Hitchcock’s Birds? This late Magritte painting, painted two years before his death brings me back to the atmosphere of this film. At first gaze, everything seems to be fine: the clear spring sky, a bird, trees… Yet, if we look closely, we can see that the bird’s shape is suspiciously very generic and moreover it repurposes the pattern, also very generic, of the forest. The only real object here is the nest, riskily placed on the brink of this wall. Is the bird protecting the eggs, or is it in fact going to steal them? I’d better go to watch BBC’s Natural World to calm my nerves.

The primary influence for this work is most probably Sigmund Freud‘s The Interpretation of Dreams, in which he argued that people’s fears, desires, and neuroses were the results of their childhood experiences. Dali placed a photo of himself as a child in the center of this canvas, in the middle of the highway, suggesting that various images around it relate to his own childhood. Strange figures, which seem to be totally disconnected from each other in this grey wasteland, are in reality all united by the free associations of Dali’s dreams and memories.

Renewal of a woman is a renewal of life?

Here, Galileo Chini follows the trend started by Klimt and other Art Nouveau painters who associated the figure of a woman with concepts of primordiality, life, and nature. Here, spring is personified as the figure of Primavera, a woman of beauty and eternal youth who, every year, renews herself after winter. Look at the decorative technique of this work which is a direct reference to Klimt’s paintings.