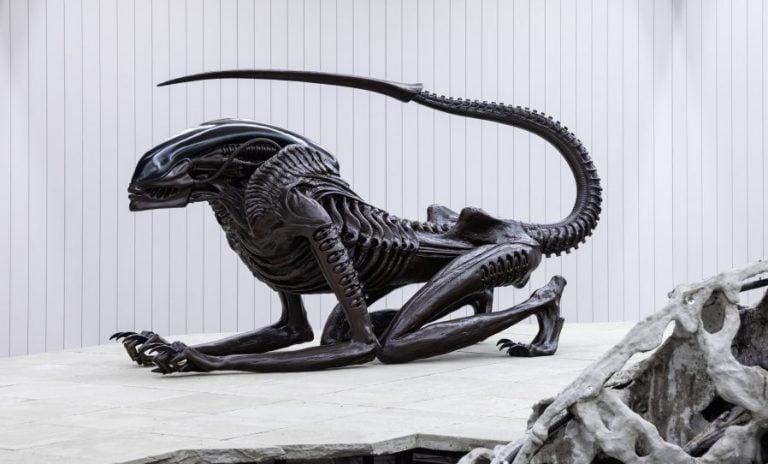 H.R. Giger is the pioneer of Fantastic Realism. His artworks are iconic and define the very notion of sci-fi horror. His biomechanical dreamscapes are known for being nightmarish and eerie. Giger was a troubled soul, with many anxieties and fears, which he portrayed perfectly in his artworks. He became widely popular for making the concept for Alien, Ridley Scott’s horror movie in the late 70s. However, Giger was not only that. He was a creative genius. Many people worked with him because of his ability and talent to give life even to the most obscure sceneries. Yet the artist felt tied up, so he created a museum in Switzerland that would fully express his art.

The Fermentation of an Artist

Hans Rued Giger was born in 1940 in Churs, Switzerland. In 1962 he moved to Zurich to study Architecture and Industrial Design in the School of Applied Arts. Two years later, he was already producing his first artworks, which were ink drawings and oil paintings, which he exhibited in his first solo exhibition in 1966. Despite this early success, he gained the recognition of a wider audience in 1969, when one of his paintings became a poster.

Not much later, he discovered the airbrush that would help him find his personal and distinctive style. So the artist gave birth to surreal biomechanical dreamscapes, full of nightmarish creatures, cramming, agonizing. He was always fascinated by mummies, skulls, and all things creepy, even as a little child.

According to Andreas Hirsch, a curator and close friend to Giger, the artist started drawing at an early age, as a means to cope with his recurring nightmares. In addition, the artist grew up during World War II. He lived near Nazi Germany and the fear of those times did not leave him unaffected. As he stated,

I could feel the atmosphere when my parents were afraid. The lamps were always a bluish dark so the planes would not bomb us.

After WWII the Cold War came and with it, the new fear of atomic warfare. This was another situation that affected the artist deeply, and he tried to ground it by painting.

The Xenomorph Comes to Life

One of Giger’s biggest inspirations was Salvador Dalí. He was deeply fascinated by his Surrealism and the way he distorted figures. Dali introduced the Swiss artist to Alejandro Jodorowsky, a movie director. Jodorowsky hired him to create the concept for his version of Dune, in 1965. However, the movie was never made, and the artist remained outside the film industry for many years.

In 1977, Giger created the book Necronomicon, a dire reference to that one by H. P. Lovecraft. In the book, he illustrated the weirdest creatures that looked like gremlins; there were skeletal aliens gazing over landscapes with heavy mist; distorted bodies in ghost-white tones; even hues one step away from the abyss. The book fell into the hands of Ridley Scott, who at that time, was in the process of creating the Alien. Scott lost his breath over Giger’s art and asked him immediately if he would like to be the visual interpreter of the movie. Thus, the Xenomorph was born.

Giger based the alien’s concept on two lithographs from the Necronomicon. They portrayed a metallic-looking freakish creature, whose eggplant-shaped head became the xenomorph’s trademark. The xenomorph also has dripping teeth like stalactites, a sleek and spiky body, and a tail that the creature uses as a weapon. It is a horrific species that comes from the furthest, most despairing parts of space. The Alien left a legacy in the film industry. It has become not only a cultural icon, but a point of reference for many horror, sci-fi, and obscure artistic creations today. 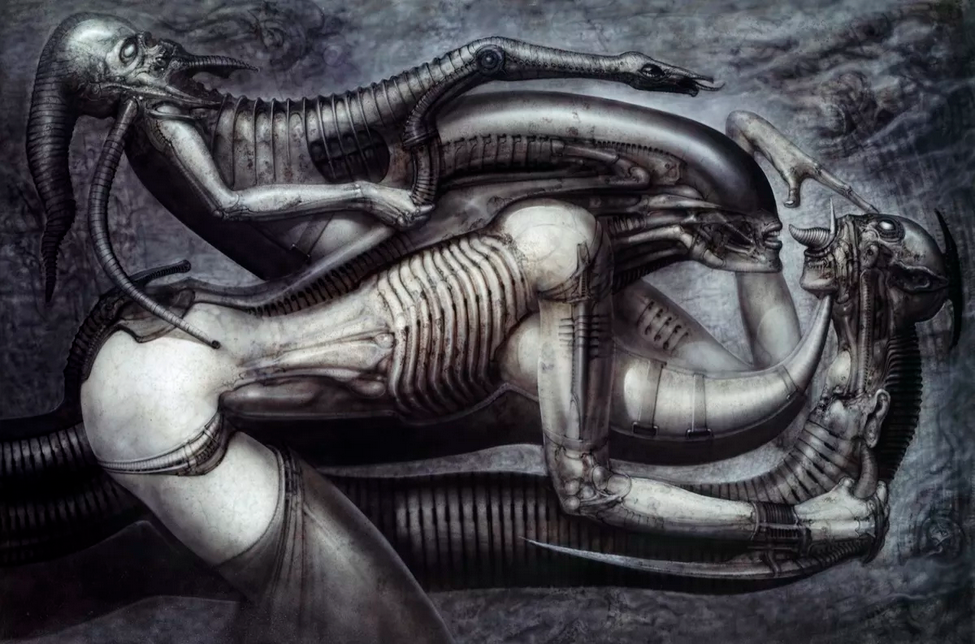 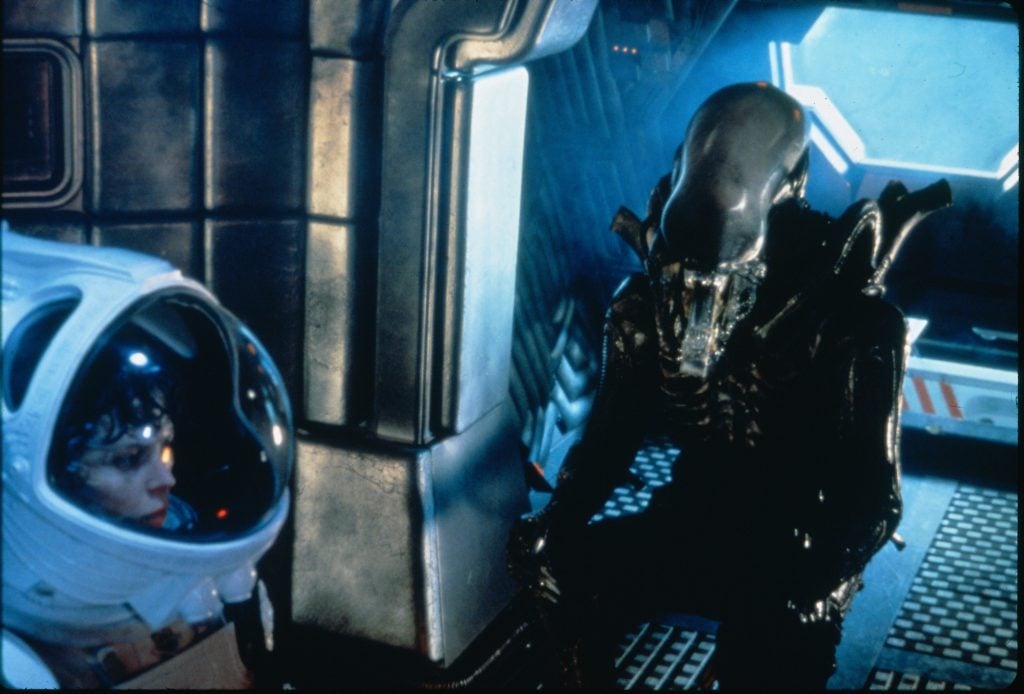 In 1977, Giger created the book Necronomicon, a dire reference to that one by H. P. Lovecraft. In the book, he illustrated the weirdest creatures that looked like gremlins.

The book fell into the hands of Ridley Scott, who at that time, was in the process of creating the Alien. Scott lost his breath over Giger’s art and asked him immediately if he would like to be the visual interpreter of the movie.

Giger won an Oscar in 1980 for the Best Achievement in Visual Effects. Soon, he worked on many other popular movies, such as the Species, Alien II and III, Poltergeist II, Batman Forever, and others.

Despite his great success, Giger felt incomplete because many of his designs could not be used in the films. However, it was not until 1998 that he got the chance to actually finalize his artistic dreams. The artist designed the Giger Museum as an extension of his dream. The popular museum, located in the Chateau St. Germain, hosts the largest collection of Giger’s paintings, sculptures, furniture, film designs, from the 1960s until today.

The museum’s top floor has Giger’s private collection. It includes artworks by those who inspired him most, i.e. Salvador Dali and Ernst Fuchs. Also, it has artworks by Dado, Bruno Weber, Claude Sandoz, Joe Coleman, Andre Lassen, Francois Burland, Gunther Brus, and many others. Furthermore, down at the bar, Giger placed the Harkonnen chairs and tables, which were designed for the unmade film Dune in 1965.

H. R. Giger passed away on May 12, 2014, in Zurich. His legacy is priceless, as he defined the very concept of space horror.