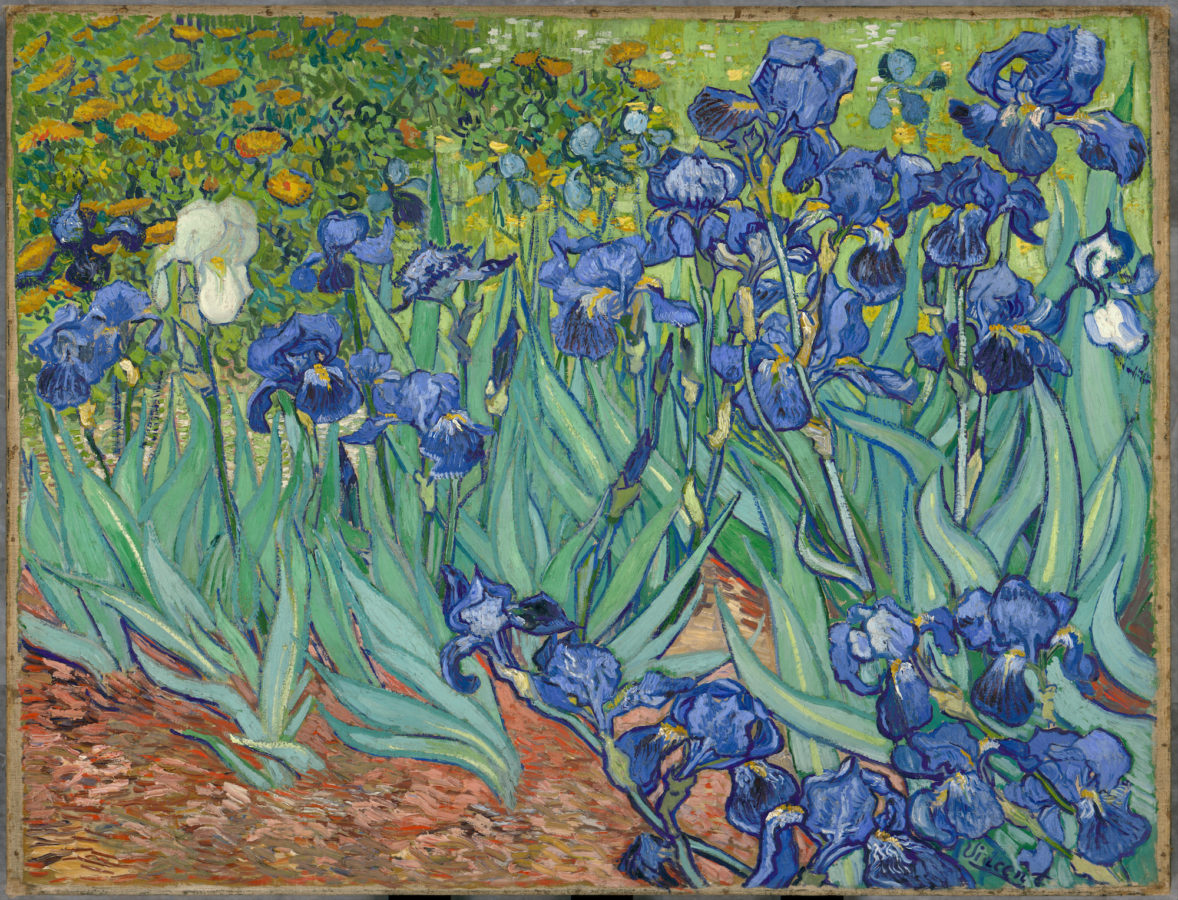 One year before his death on March 30th 1890, Vincent van Gogh chose to enter Saint Paul de Mausole, an asylum in Saint-Rémy, originally a 12th century Augustinian monastery. Isolation was what he wanted. There he created almost 130 paintings among which are his most famous ones – in the first week of his stay he began to paint his famous Irises, working from nature in the asylum’s garden. 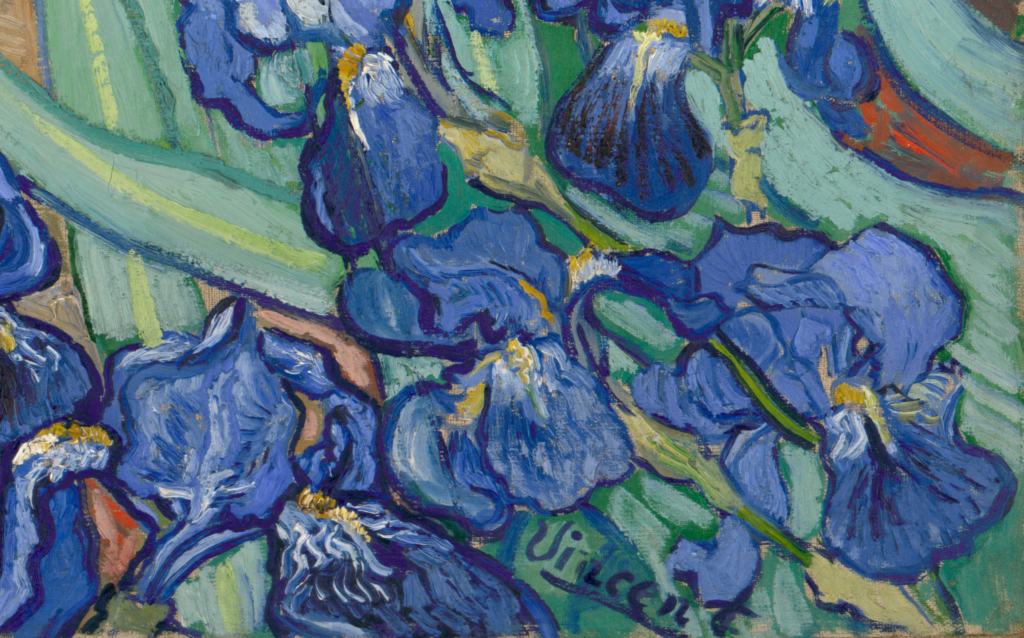 Van Gogh’s brother Theo, after submitting Irises to Salon des Indépendants in September 1889, wrote to Vincent: “[It] strikes the eye from afar. It is a beautiful study full of air and life.” For van Gogh, the painting was “the lightning conductor for the illness” because he felt that he could keep himself from going insane by continuing to paint. Observing his continued ability to paint, he felt sure that he was not really a madman. 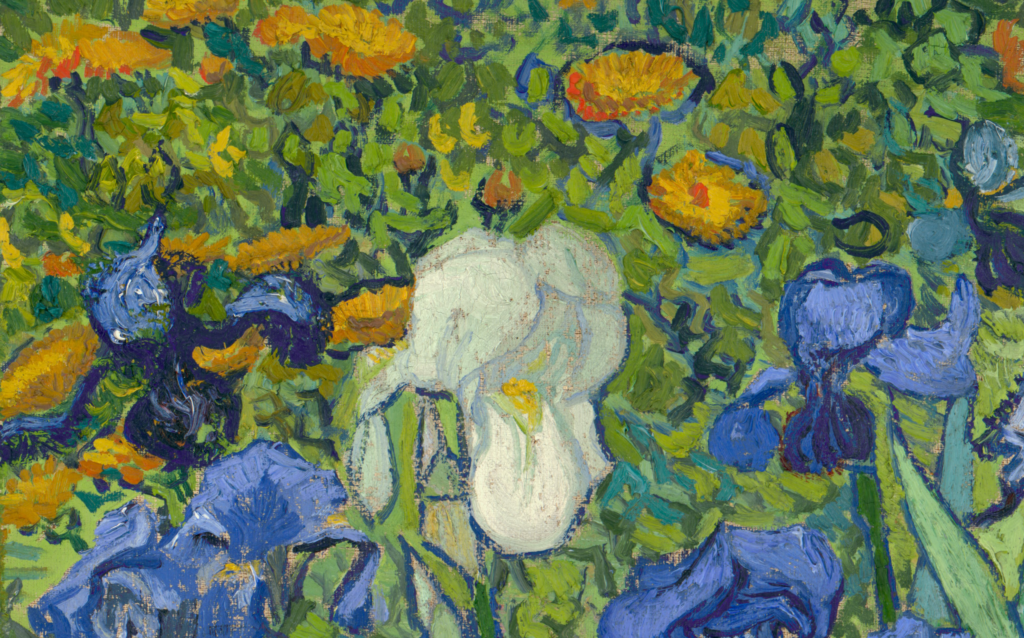 If you look closer at Irises you can observe that each flower is unique. Van Gogh carefully studied their movements and shapes to create a variety of silhouettes. The painting’s first owner, French art critic Octave Mirbeau, one of Van Gogh’s earliest supporters, wrote: “How well he has understood the exquisite nature of flowers!”. What’s interesting is, the artist treated this piece as a study. The wavy, twisted lines, broken and pointed, anticipate the later works done at Saint-Remy. 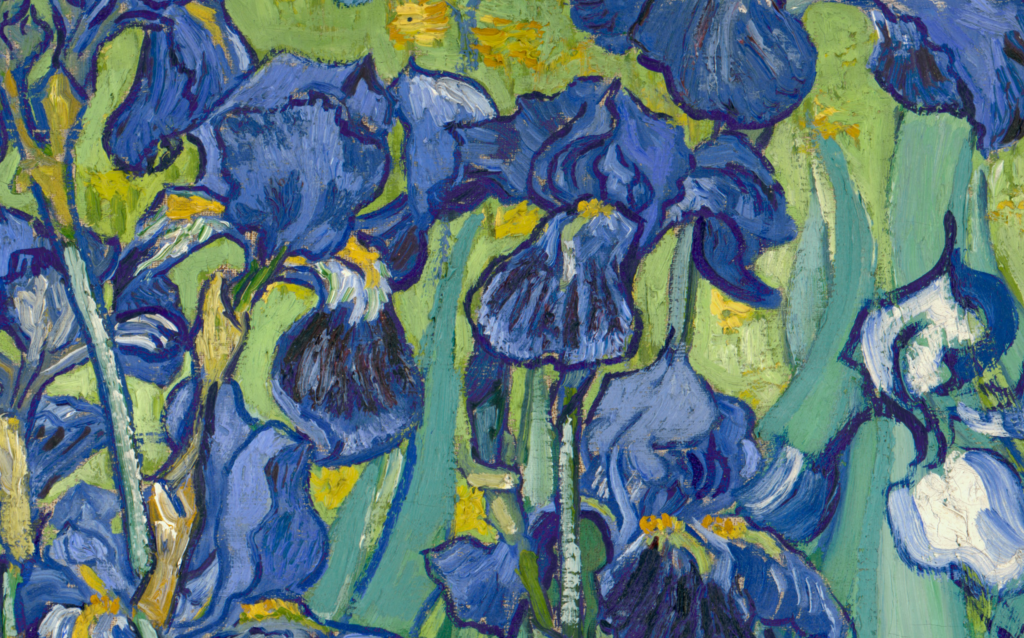 The painting was probably influenced by Japanese ukiyo-e woodblock prints, like many of van Gogh’s works. In general the ukiyo-e were very popular; Degas and Cézanne loved them too. The similarities occur with strong outlines and unusual angles, including close-up views. All in all, van Gogh created four paintings of irises.

“Irises” held the record for the most expensive artwork in 1987 when it sold for $53.9 million USD, which would be around $100 million in the current economy. Now the piece belongs to the collection of the J. Paul Getty Museum in Los Angeles.

If you find any joy and inspiration in our stories, PLEASE SUPPORT
DailyArt Magazine with modest donation. We love art history and we want to keep going with writing about it.
$5 $10 $25 $50 $100 MONTHLY
Related Topics:featured, Vincent van Gogh