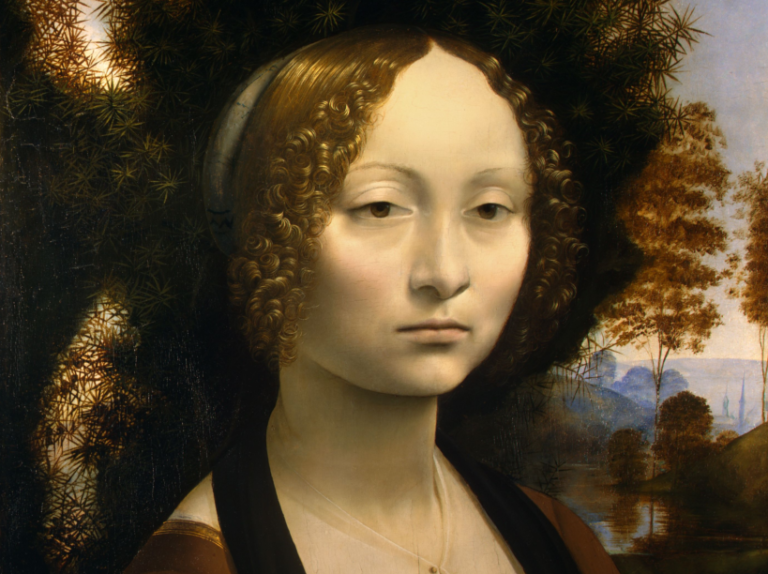 The life and work of Leonardo da Vinci have been dissected and analyzed in detail by the sharp eye of art critics and historians. Yet, the biography of the Renaissance genius still offers mysteries, one of them being the fact that four out of five surviving portraits show feminine figures. Who are the women in Leonardo da Vinci’s paintings?

During his entire life, the artist was passionately moved and inspired by women, at least this is what his canvases tell us. This particular attraction has perhaps more to do with the way he chose to portray them, as the art critic Jonathan Jones explains in his article for The Guardian.

We must remember that before Da Vinci, the artists of the Renaissance had painted portraits deeply dominated by men, trapping women in the superficiality of external beauty. Da Vinci’s female representation instead was the first one to study the personality, character, and individuality of women. He demonstrated how they were not just symbols of beauty, but also human beings. Hence, it is not the beauty that interests Leonardo, but the moti della mente.

His innovative and poetic technique that introduces this complex female representation which focuses on the expression of the face, the intensity of the look, and the body language, is explained in his Treatise on Painting, where Da Vinci gives specific guidelines on how to portray the female figure:

Women are to be represented in modest and reserved attitudes, with their knees rather close, their arms drawing near each other, or folded about the body; their heads looking downwards, and leaning a little on one side. To fully grasp the beauty of their face, you must not mark any muscles with a hardness of line, but let the soft light glide upon them, and terminate imperceptibly in delightful shadows: from this will arise grace and beauty to the face. Leave off affected curls and hairstyles or you will end up like those who have always as their adviser the mirror and the comb, while the wind, as it tosses and tangles their smartly dressed hair, is their greatest enemy. Depict hair which an imaginary wind causes to play about youthful faces, and adorn heads you paint with curling locks of various kinds.

1. Lady with an Ermine

The first of Leonardo da Vinci’s women portraits, painted in Milan around 1479, presents 15-year-old Cecilia Gallerani. It is best known as the Lady with an Ermine. She was Ludovico Sforza’s lover and, according to art critics, the animal was an emblem of docility and kindness. Here it acquires a symbolic value, representing the qualities of a cultured woman who, with her enormous passion for music and literature, had a great influence on the culture of the time.

The gesture of control that the young woman has over the long and serpentine body of the animal suggests her dominance over Ludovico. Meanwhile, the look of her eyes, with a slightly oblique vision, fascinates the observer and definitely explains why Sforza was not the only one to be attracted to her.

Leonardo painted the image of this young woman who went beyond every patriarchal convention of her hometown. She was the daughter of a rich Florentine family, but Da Vinci dressed her in plain and simple clothes so the spectators would focus all their attention on the young woman’s face. Ginevra de Benci looks towards us, her serious look goes directly to encounter the beholder’s eyes. In a note written on the back of the wooden panel, Leonardo stated that she was not only beautiful but virtuous, too. We could say that her expression is the perfect example of the phrase “the eyes are the mirror of the soul”.

The most famous female portrait in the world, the Mona Lisa, also called La Gioconda, was one of Leonardo’s favorite paintings, and he carried it with him until the day he died. Today the painting looks rather somber, in dull shades of brown and yellow. It is possible that the painting was once brighter and more colorful than it is now. This is because Leonardo used a technique known as sfumato (the blurring of sharp edges and contours by blending colors) to leave the corners of the eyes and the mouth in shadow. It was with this technique that he created the Mona Lisa‘s expression of emotional ambiguity and the enigmatic smile that has fascinated and enchanted those who visit the Louvre Museum.

The mythical woman was called Lisa Gherardini, or Lisa del Giocondo, or even Monna Lisa. She was born in 1479 into a noble Florentine family and married the wealthy silk merchant Francesco del Giocondo. With him she had five children, and she died in 1542.

4. Leda and the Swan

None of the original paintings of Leda and the Swan by Leonardo survived, but there are plenty of artworks and copies based on his composition – such as the piece below by Cesare da Sesto.

Leonardo da Vinci’s Women Are Not Only Beautiful

The artist’s vision of women verged on the limits of blasphemy for many of his contemporaries. Yet, it allowed him to create masterpieces and change the way the female was represented at the time. He showed women as enigmatic, inaccessible, sweet, sensual, elusive, ambiguous or ironic. However, most importantly, he showed them with a soul and character, always revealing to a great extent psychological introspection.