Most Famous Babel Towers In Art 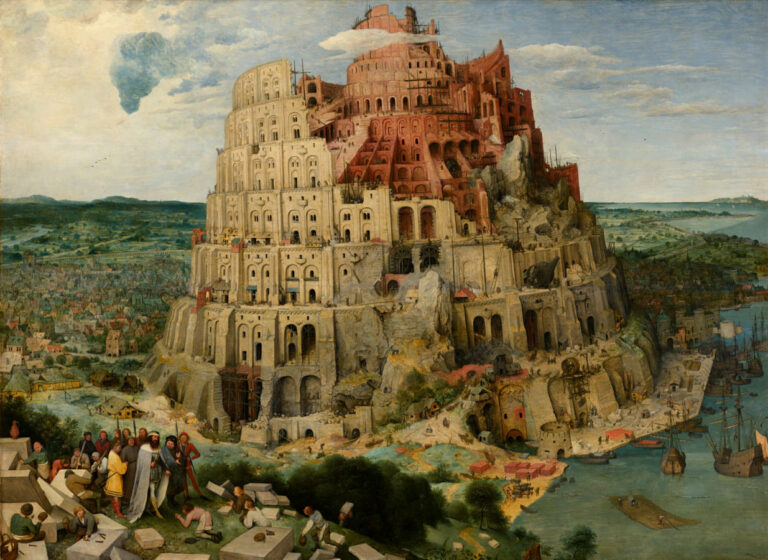 The Tower of Babel is a Near Eastern myth that is recorded in the Genesis in Old Testament and it is meant to explain the origin of different languages. According to the story, a united humanity of the generations following the Great Flood, speaking a single language and migrating eastward, came to the land of Shinar. There they agreed to build a city and a tower that was suppose too reach heaven. God didn't like this idea and act of pride and confounded their speech so that they could no longer understand each other and scattered them around the world. Horrible story. Thanks to it, English is not my native language. :O The Tower of Babel wasn't a very popular thing to depict in art. The most important depictions are of course those of Pieter Bruegel the Elder. The first, a miniature painted on ivory, was painted while Bruegel was in Rome and is now lost, the other two you will see below.

Bruegel’s monumental composition had several forerunners in Netherlandish painting. Look how huge is the tower, comparing to the flemish-style port city. Breughel was famous of his meticulous precision and encyclopaedic interest - he depicted technical and mechanical details, from the supply of the building materials in the busy harbour to the various cranes and the scaffolding on the unfinished brick foundation. [caption id="attachment_3498" align="aligncenter" width="620"] 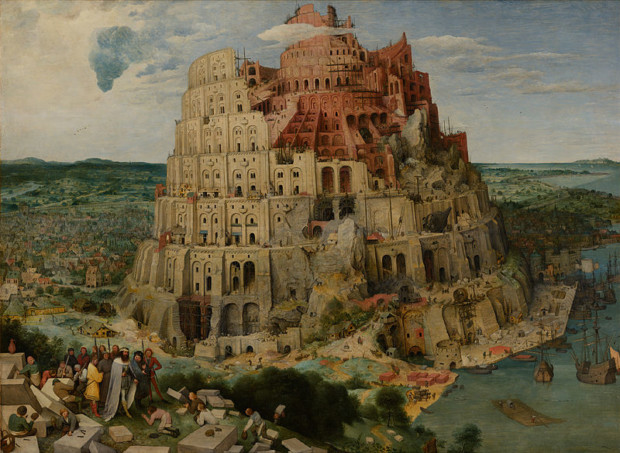 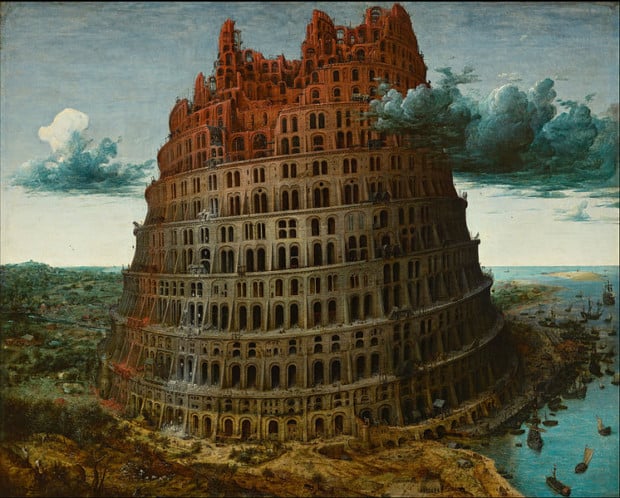 The Bedford Hours is a French late medieval book of hours. The Duke and Duchess of Bedford gave the book to their nephew Henry VI in 1430.  The artists responsible for the manuscript have not been identified with certainty, but are collectively known as the "Bedford Workshop", and the head artist is likewise known as the "Bedford Master". [caption id="attachment_3500" align="aligncenter" width="620"] 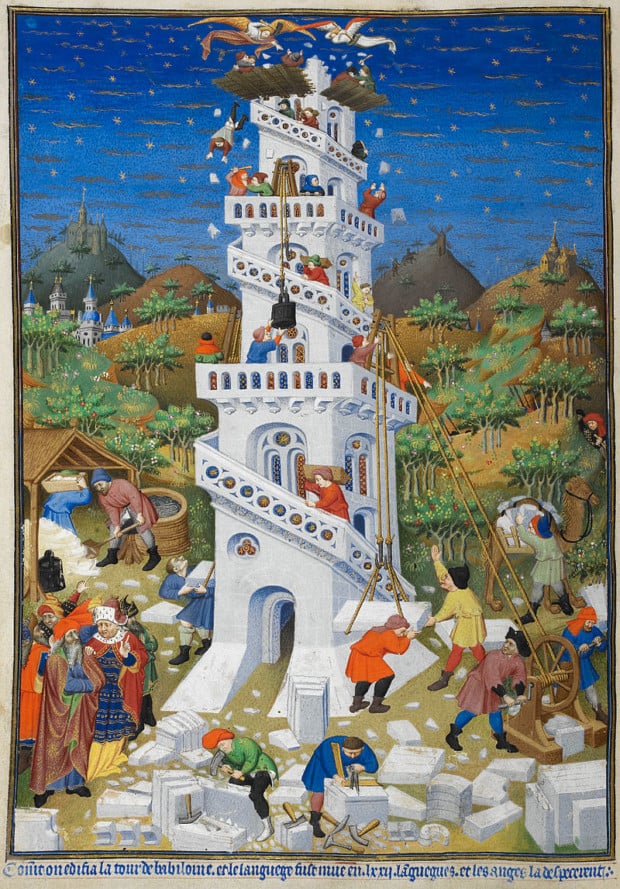 Lucas van Valckenborch was a Flemish painter, mainly known for his landscapes. He also made contributions to portrait painting, and allegorical and market scenes. Court painter to Archduke Matthias, the governor of the Spanish Netherlands in Brussels, he later migrated to Austria and then Germany where he joined members of his extended family of artists who had moved there for religious reasons. [caption id="attachment_3501" align="aligncenter" width="620"] 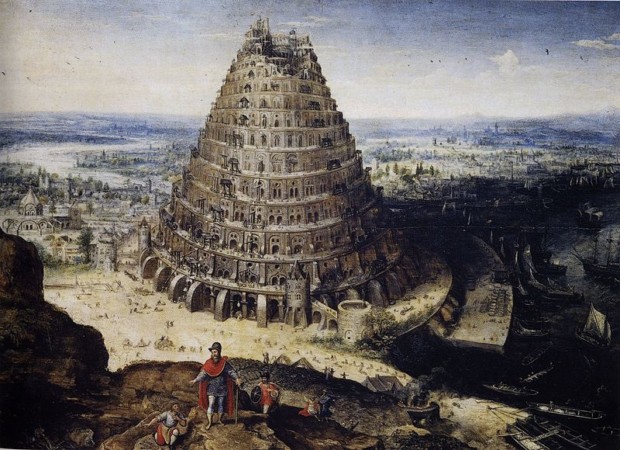 Hendrick III went to Italy when young, and returned to his native country a good painter of landscapes. His pictures are distinguished by an uncommon lightness of touch, and an excellent tone of colour. Hendrick van Cleve was as an engraver. [caption id="attachment_3506" align="aligncenter" width="620"] 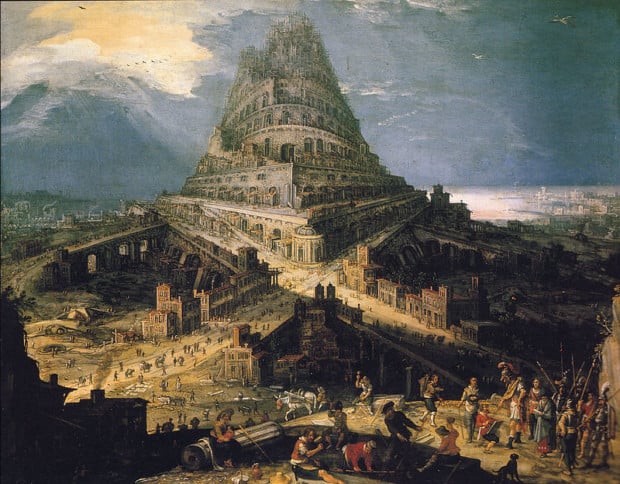 Fat Cat Art is a project of Svetlana Petrova who uses her car Zarathustra and pastes him into famous classic artworks. Here you will find more info about them. [caption id="attachment_3497" align="aligncenter" width="620"] 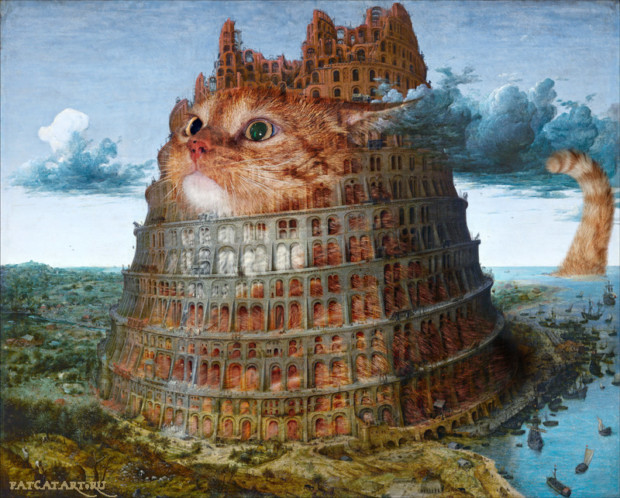 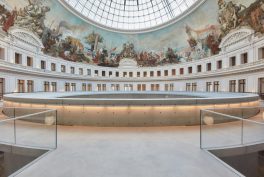 As of May 2021, Paris now has a new art museum to call its own. Located only 500 meters from the Louvre, the Bourse de Commerce Museum is dedicated [...]