The painter Vincent Van Gogh is well-known for his artworks and for a particular aspect of his personal life: the post-impressionist spent some time in a psychiatric clinic. There, he produced artworks such as Starry Night and many of his famous self-portraits.

Besides suffering from anxiety and depression, the artist also faced a crisis of epilepsy. Some experts believe that the painter suffered from xanthophyl – and this factor affected his art, since Van Gogh was to see more yellowish colors, he intensified yellows in his paintings.

In addition to Van Gogh, many other artists had similar problems. Today we’ll introduce four artists who suffered from a mental illness – and how it affected their art.

Louis Wain was a born in 1860 English illustrator who became well known for his illustrations of anthropomorphic cats.

The big-eyed cats, who are usually in social situations, such as games or dating, were not initially created on a commission. Although Wain had been already known by the public, he began to draw cats to amuse his wife.

Unfortunately, shortly after he married, Wain lost his wife to cancer. And her death was the trigger for a deep depression in the artist’s life.

At age 57, he was diagnosed with schizophrenia, a disorder that affects not only a person’s way of thinking, but also their behavior.  Wain began to act aggressive, so he spent the last 15 years of his life in psychiatric institutions.

It was not only his personality that was affected: Wain’s works of art also began to have a style less and less similar to his initial artworks. His cats, before smiling and cuddly, began to show different traits, they turned more geometric and colorful. Most of these psychedelic kittens were born when Wain was hospitalized at Napsbury Hospital, where the artist died. 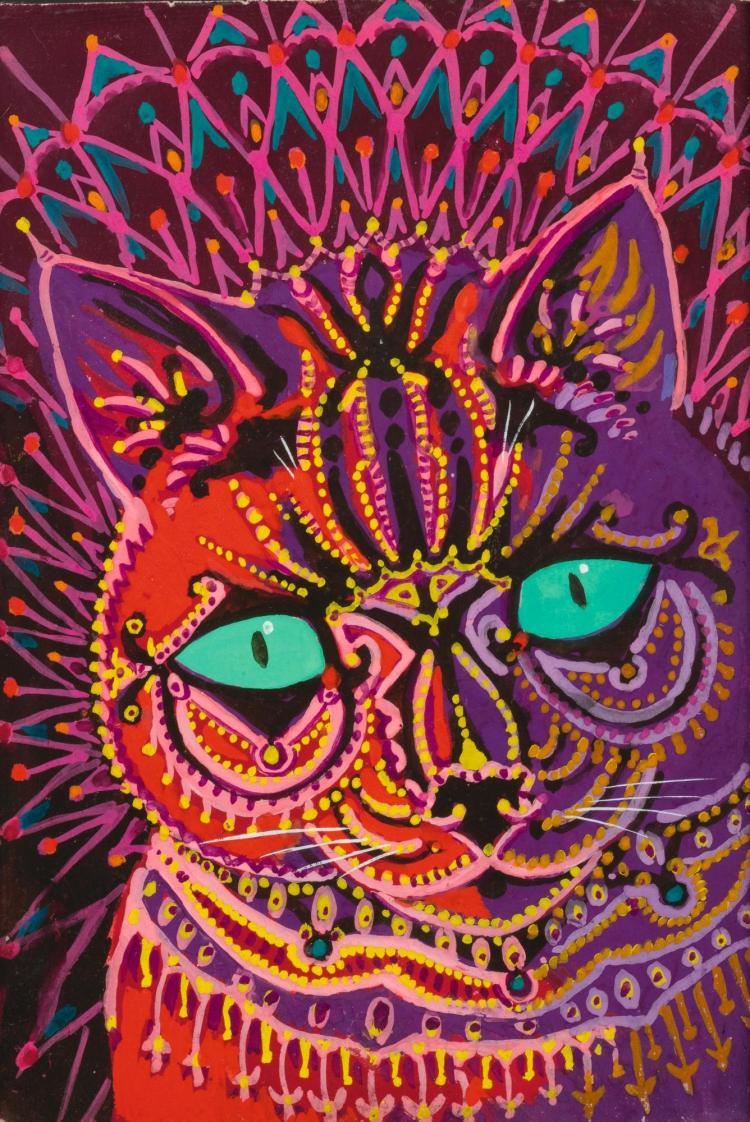 “I can not get rid of my illnesses, for there is a lot in my art that exists only because of them,” wrote the Norwegian painter Edvard Munch, famous for the painting The Scream and for being one of the main artists of the expressionist movement.

Munch’s family background already predisposed him to possible mental health problems. His mother and one of his sisters died of tuberculosis when he was still very young. Her father suffered from depression and her other sister was diagnosed with schizophrenia. Munch did not go unharmed. He had a mental breakdown in 1908, which was aggravated by alcoholism, and was admitted to a mental health clinic in Denmark.

In addition to the known mental problems, the painter still faced other issues: in 1937, his works were confiscated by Hitler’s government, in the exhibition that the dictator called “degenerate art“.

Munch wrote that “sickness, madness, and death were the black angels that guarded my crib,” and even came to be diagnosed with neurasthenia, a clinical condition associated with hysteria and hypochondria. His work is characterized by figures whose sense of despair and anguish are evident. The strokes and colors that Munch uses in his compositions often demonstrate his own  state of mind.

The third artist on our list is the Spanish painter Francisco de Goya. At 46 years old, Goya was confined to bed, lost hearing and was very sick with something that was not diagnosed at the time. His deafness had several justifications, such as syphilis or lead poisoning. However, the artist also presented mental disorders which affected his work.

Attacks of hallucination and delirium were also frequent during the most critical period of the painter’s illness. External factors such as the Napoleonic Wars deeply marked the painter, too. He portrayed in his works the gravity of human melancholy, with paintings depicting human suffering becoming more and more common. 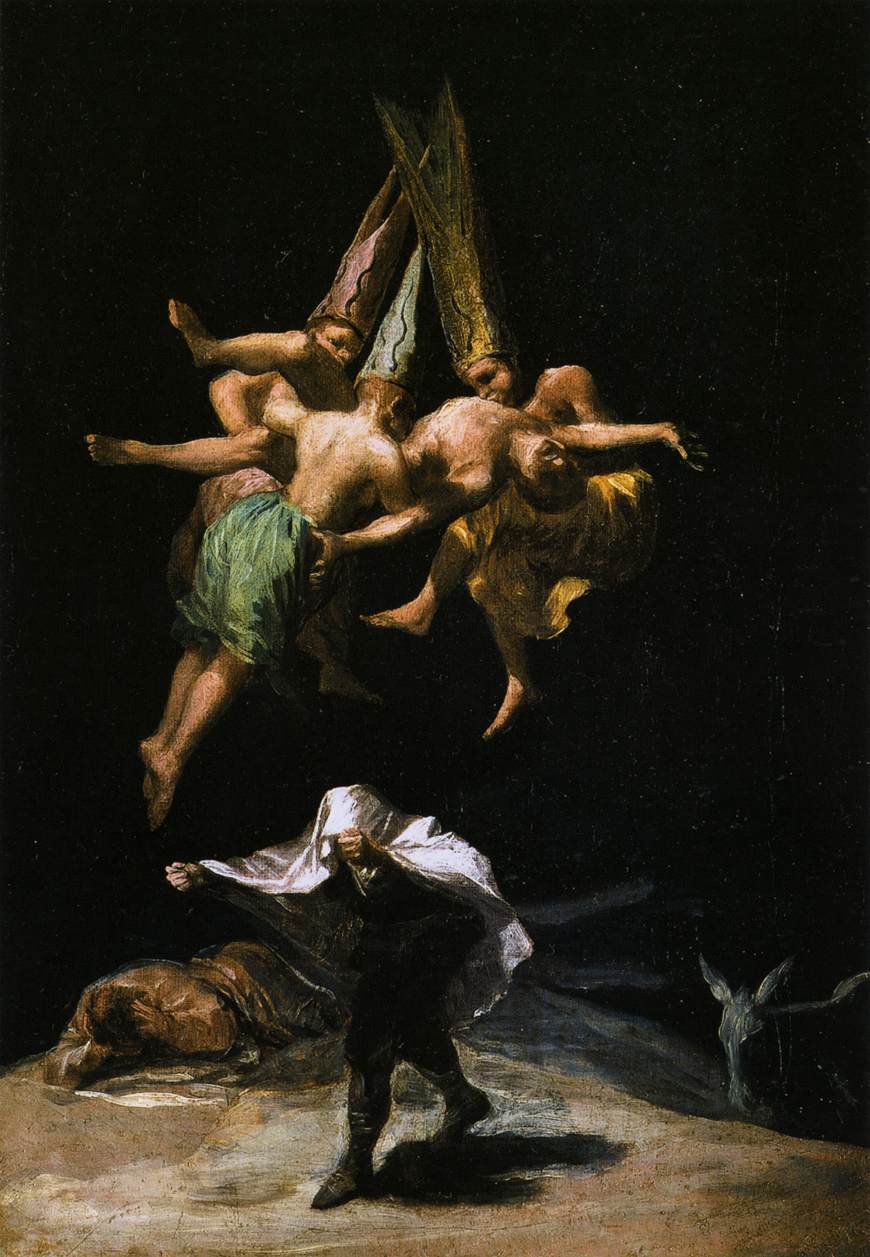 The Greek Yannoulis Chalepas is a different case. Not only is he the only sculptor on our list, but the mental illness he had had no direct effect on his style. Nevertheless, he spent several decades without producing anything or destroyed his works as soon as he created them.

Chalepas began his artistic career relatively quietly and even opened an atelier in Athens after studying in Munich. However, around 1878, he began to show the first symptoms of mental illness. Ten years later, he was diagnosed with dementia, being only 36 years old.

Chalepas’s mother believed that art was really responsible for his son’s mental state, so she tried to keep him away from sculpting. Only after her death in 1916, he did actually return to work. Researchers agree that in this period he began to create sculptures with more freedom and was not so attached to neoclassical ideals.

The subject of mental illness and art has often been discussed, especially in recent years. It is undeniable that there is a relationship, especially if we think of art as an elementary form of human communication. From this perspective, artistic production would not only be a response to disease but a form of output, an escape valve.

If you find any joy and inspiration in our stories, PLEASE SUPPORT
DailyArt Magazine with modest donation. We love art history and we want to keep going with writing about it.
$5 $10 $25 $50 $100 MONTHLY
Related Topics:featured, mental illness