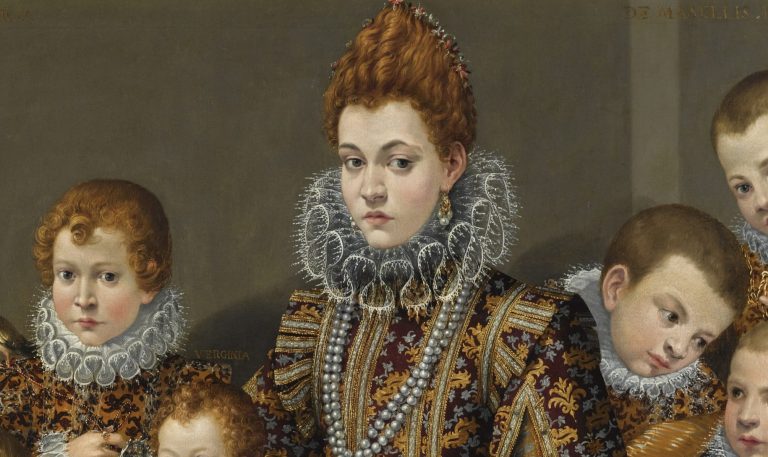 December 5: Fede Galizia: The Great Old Master of Her Time

There weren’t many women who became successful artists in Renaissance Europe. However, there were probably more than most people think, and we try here at DailyArt Magazine to highlight them as often as we can. Lavinia Fontana (1552-1614) was definitely one of those successful women artists in European history.

In fact, she seems to have been the first female to have a successful career in the art world without being connected to a court or convent (earlier successful women, such as Plautilla Nelli, often flourished as part of a convent). This made Fontana quite the groundbreaker.

Lavinia Fontana learned painting from her father, Prospero Fontana, who was a highly-respected artist in Bologna. For a long time, an artist father was basically a prerequisite for female artists, since artistic training was otherwise unavailable for women. Better-known female artists, such as Artemisia Gentileschi (1593-c. 1656) and Angelica Kauffman (1741-1807) were taught by artist fathers as well. However, as was also true with those other women, it was Fontana’s talent and high-quality work that created her success, not family connections.

Fontana is best known for her portraits, of which she made dozens. Many show very formal and well-dressed Italian nobles and dignitaries. Apparently, Bolognese noblewomen were her most dedicated patrons, but local religious figures like Pope Gregory XIII commissioned their portraits from her, too. Sources say that many of her portraits were “lavishly paid for”, which certainly sounds like a success story. She was so well regarded as a portrait painter that in 1603, Pope Clement VIII invited her to come live in Rome and paint Papal portraits.

Fontana also painted religious works, including several altarpieces for Italian and Spanish churches. The fact that she received commissions to paint altarpieces is unusual for a female artist of this time. That she also made historical paintings is even more unusual. But neither is as noteworthy as the fact that she sometimes included nude figures, which were generally off-limits to female artists for many centuries. Her nudes often appear as classical figures like Venus or Minerva.

Lavinia Fontana married a fellow artist who was also her father’s student. In a surprisingly modern arrangement, Fontana painted to support the family while her husband assisted in her work – he painted the draperies – and in raising their many children. But those 11 children didn’t stop her from many impressive achievements. In addition to everything else, she got her doctorate from the University of Bologna and she also became a member of the Academy of Rome.

She spent the last decade of her life living and working in Rome, where she was so highly esteemed that this beautiful bronze medal was sculpted in her honor. She was also selected by Judy Chicago to have her name appear on the Heritage Floor of Chicago’s famous The Dinner Party installation at the Brooklyn Museum, where some of our other favorite female artists appear as well. Alongside her other works, Fontana painted several self-portraits showing herself as the successful artist and well-educated woman that she was. Seems like she earned it.