Petticoats, Pennies, and Politics: A Short History of the Suffragette Penny

Have you ever found one of those old brown British pennies? In an antique shop or in one of Grandma’s old handbags? Just a small, flat copper disc? Let’s take a closer look at one of those coins – the Suffragette Penny.

You pick it up and hold it, and it warms gently in your palm. Lift it to your nose, it smells coppery, metallic. Rub your fingers over the surface, it’s smooth, worn from passing through who knows how many hands over so many years.

Who might have held that coin back in 1903 when it was first minted? A child perhaps, hoping for a mouthful of sweet licorice. Or a factory worker, buying a ha’penny stick of butter and a candle to light the meager breakfast table? Someone pausing on a busy London street corner perhaps, who would need three pennies to buy their copy of the Times newspaper. And, if you fancy something a little stronger, a quart of gin would cost you one penny.

The truth is that anyone and everyone handled those small brown coins. And that, of course, was the beauty of the Suffragette Penny. A message hammered onto a penny was seen by hundreds, thousands of people.

Let’s take a closer look. On one side we have Britannia in all her glory. She has been popular as a goddess figure since the first century and appeared on coins in the Roman era, but here she is the personification of the British Isles. Her spear becomes a trident, to emphasize British maritime power, but in this case, does her proud strength also remind us of the Suffragette?

Turn the coin over and we see a balding, bearded male - King Edward VII. But stamped over his face and neck, in crude letters, we see the words ‘Votes For Women’. This is a literal defacement of the King of England, individual letters hammered into the metal, one by one, with considerable force. It was a criminal act, subtle and subversive, with real shock value. It was a stroke of genius in the long battle for women's rights. Pennies were of such low value and were produced in such high numbers, that recalling them would have been impossible.

Can you imagine women meeting secretly, bent over a table or bench, with hammers and metal stamps, bashing out their message to the world? What else did the Suffragettes do?

A mass campaign of window smashing. Arson attacks. Marching on Parliament in 1913. Many of these women were arrested and violently force-fed in prison. They lost their homes, their families, some lost their lives. ‘Deeds Not Words’ as they said themselves.

The slashing of the Rokeby Venus painting by Suffragette Mary Richardson has been covered by Zuzanna Stanska here.

Move forward 100 years and take a look at this modern Suffragette British 50 pence coin. This was issued in 2003, marking the centenary of the WSPU – the Women's Social and Political Union. One one side, the Queen of England, and on the other a suffragette, chained to a railing, next to a placard that reads ‘Give Women the Vote’. This time, 100 years on, it was legal to put that on a British coin. These 50p pieces are still in circulation if you are lucky enough to get one in your loose change.

The 2018 coin was struck at the Royal Mint in Llantrisant in Wales, by Helen, the great-granddaughter of Emmeline Pankhurst. The 1918 Representation of the People Act gave voting rights to women over 30 who owned property. Helen Pankhurst said:

"There is so much to be said about coins and their value in society. I think Emmeline would be very amused and proud for how things have changed and she would be remembering those defaced coins."

We must wait another 10 years, until 2028, to celebrate the centenary of all UK women getting the vote. And of course, across the globe, so many women still fight for equal rights. As the Suffragette song goes:

“Rise up women, for the fight is long and hard”

Sometimes that fight means civil disobedience. What do you think? Is it ethical to break the law? How far would you go?

In the 19th century Russia historical painting was freed from formality and canons. We find a good example of this in the work of Vasily Surikov...

The Image of Discord: Pisanello’s Medal of John VIII Palaiologos

Antoni di Pisanello’s most famous medal conceals a story of schism, war, and the end of an era. A small piece with a huge history. The... 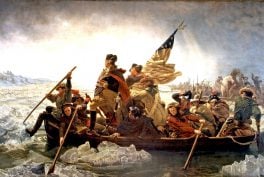 Throughout history, artists have documented the world around them. Consequently, this has culminated in some of the most famous historically-based... 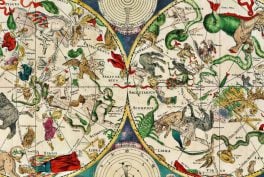 For hundreds of years the sky has been the center of attention for many ancient tribes and cultures. Our history has been a testament to the stars.