The Art Of Thanksgiving By Norman Rockwell 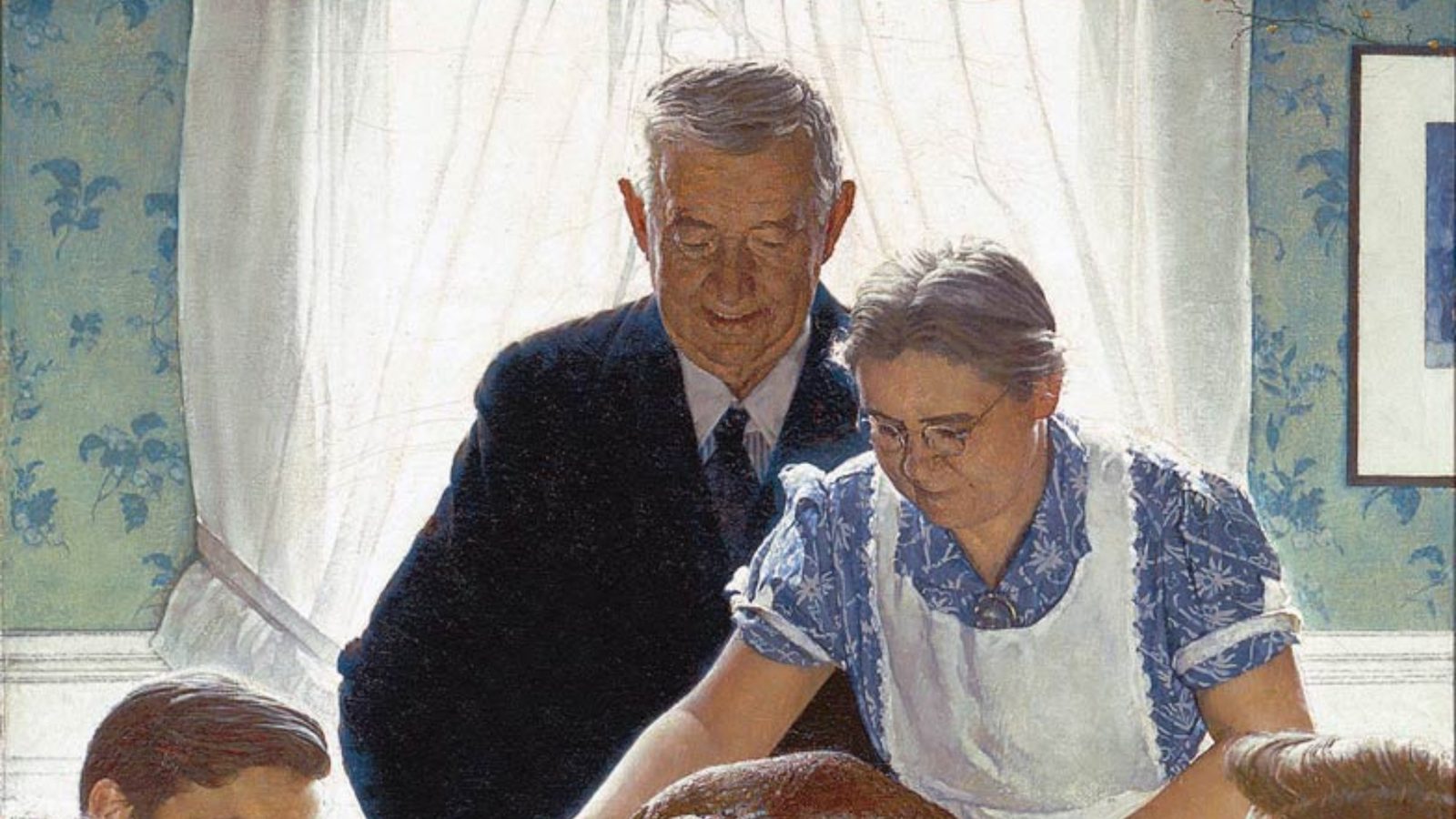 Norman Rockwell was a 20th-century American author, painter and illustrator. He is most famous for the cover illustrations of everyday life he created for The Saturday Evening Post magazine over nearly five decades. Some of them become national icons and many of the most familiar ones pertain to the Thanksgiving celebration.

Here are some of them, and I wonder how much more there are: 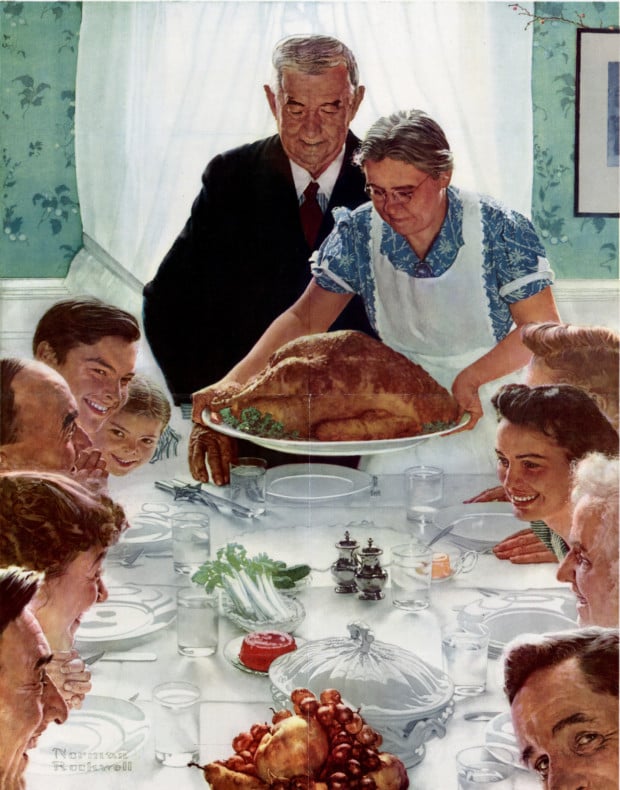 Freedom From Want, also known as The Thanksgiving Picture or I’ll Be Home for Christmas, is the third of the Four Freedoms series of four oil paintings by American artist Norman Rockwell. The works were inspired by United States President Franklin D. Roosevelt’s 1941 State of the Union Address, known as Four Freedoms.

The painting was created in November 1942 and published in the March 6, 1943 issue of The Saturday Evening Post. All of the people in the picture were friends and family of Rockwell in Arlington, Vermont, who were photographed individually and painted into the scene. This illustration t has become an iconic representation of the Thanksgiving holiday and family holiday gatherings in general. 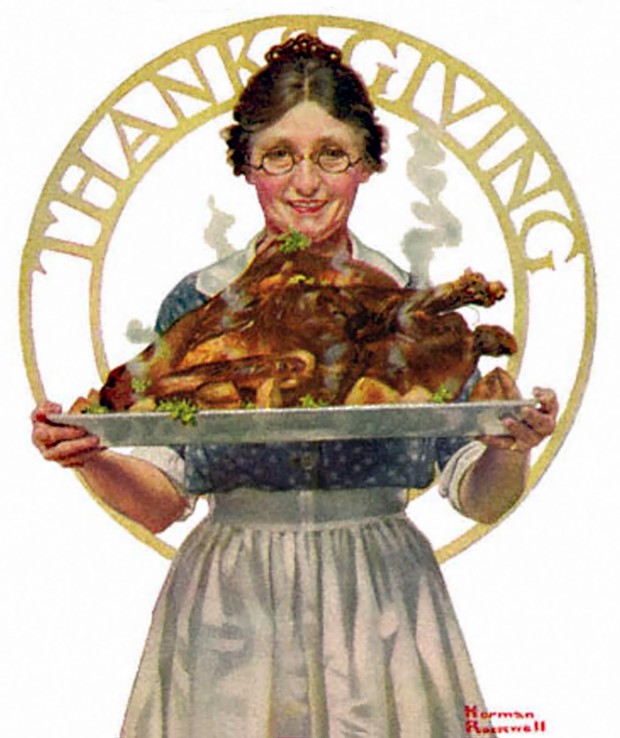 Rockwell’s interpretations of “Freedom of Speech,” “Freedom to Worship,” “Freedom from Want,” and “Freedom from Fear” proved to be enormously popular. The works toured the United States in an exhibition that was jointly sponsored by the Post and the U.S. Treasury Department, raising more than $130 million for the war effort through the sale of war bonds. 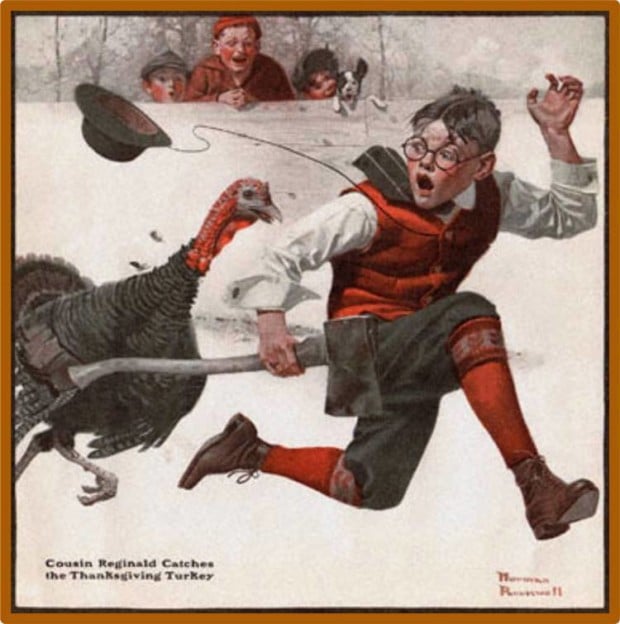 This is an early example is Rockwell’s illustration, “Cousin Reginald Catches the Thanksgiving Turkey,” and it appeared on the 1917 cover of The Country Gentleman. Rockwell painted fifteen humorous covers featuring Cousin Reginald and related characters. 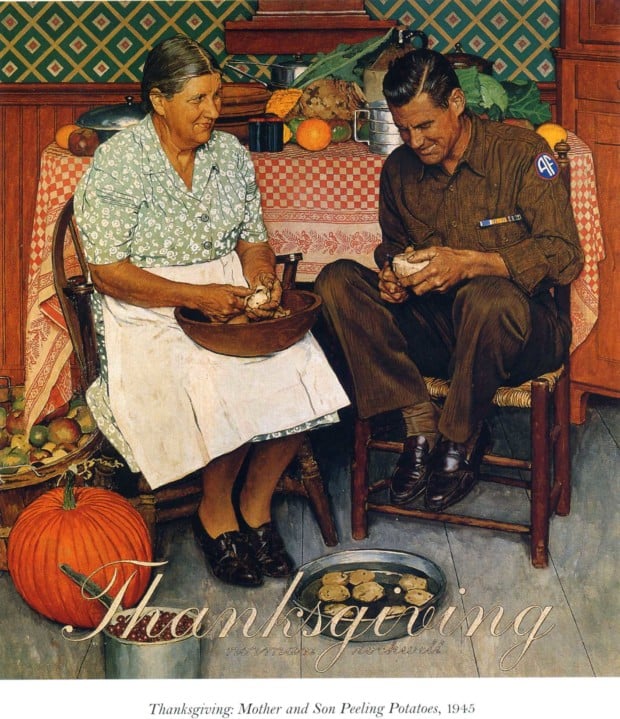 During the Cold War, Rockwell’s images affirmed traditional American values, depicting Americans as prosperous and free. His works sometimes display an idealized vision of America’s rural and agricultural past. Rockwell summed up his own idealism: “I paint life as I would like it to be.” 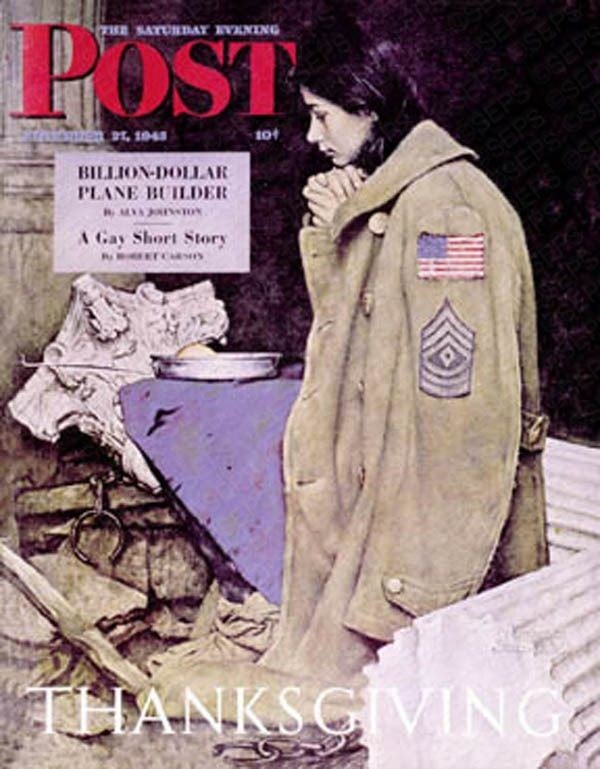 Rockwell’s Thanksgiving illustrations received mixed criticism over the years, but this fact didn’t undermined the influence the painting had, and still has on American popular culture. 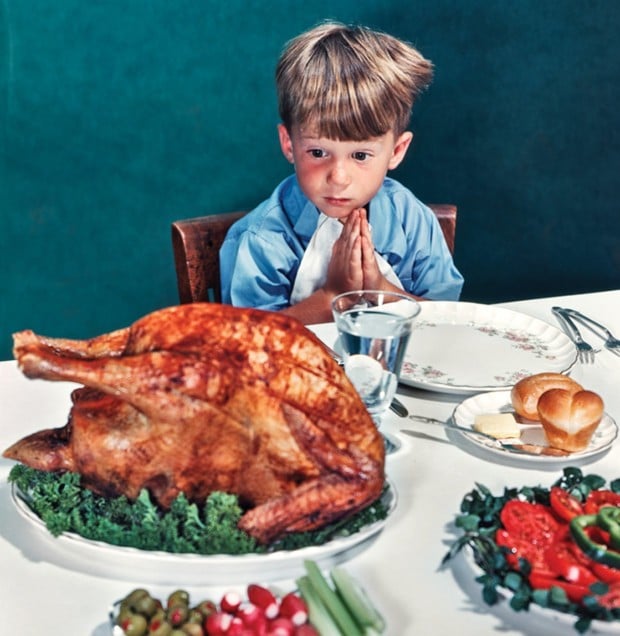 Most of the Rockwells works are collected by The Norman Rockwell Museum is located in the artists’ hometown of Stockbridge, Massachusetts. It houses the world’s largest collection of original Norman Rockwell art, including beloved paintings from The Saturday Evening Post, the “Four Freedoms,” and the best in the field of American illustration.