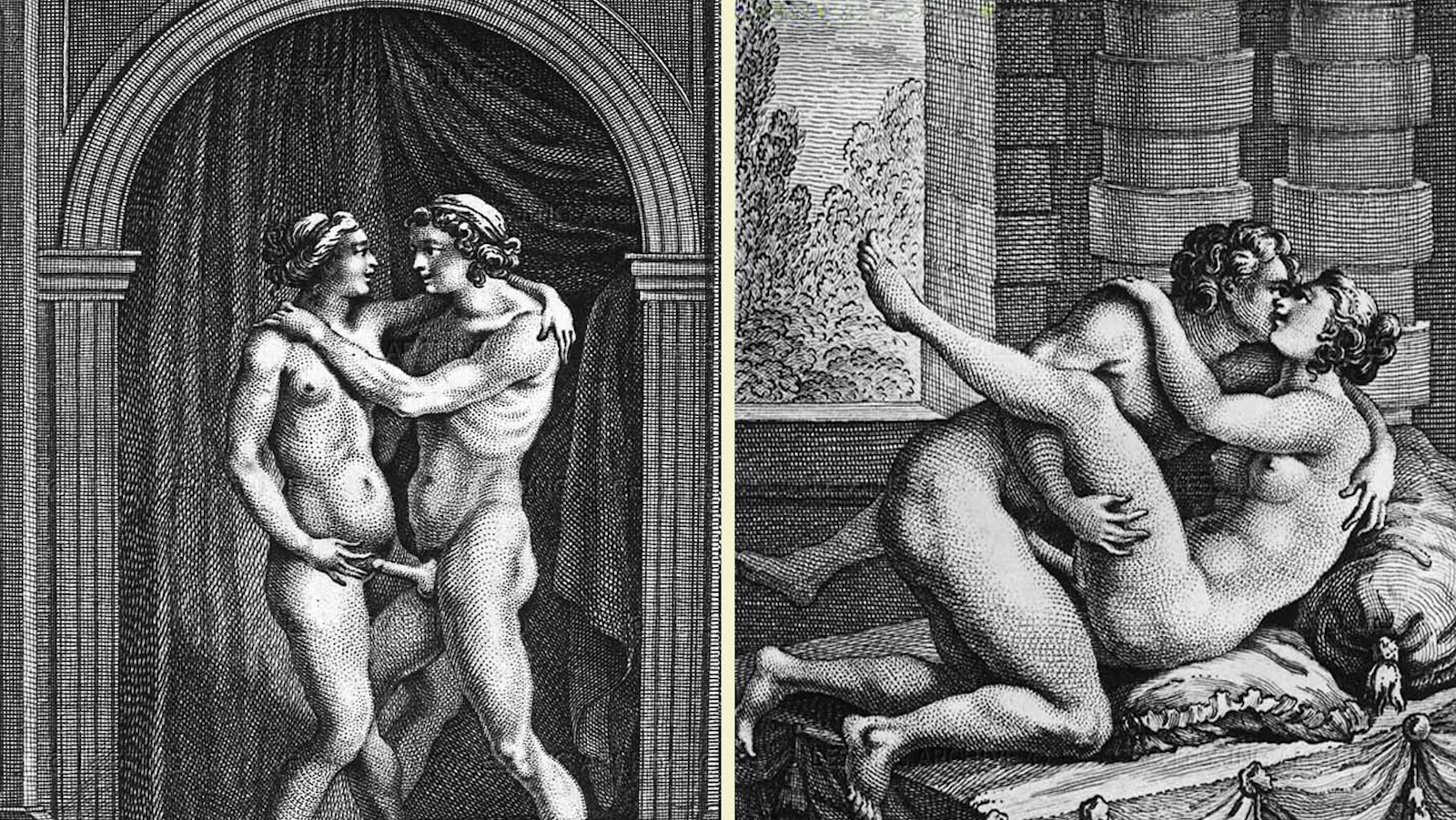 But back to I Modi.

There is a popular story that the prints of I Modi were actually based on a series of erotic paintings that Giulio Romano was doing as a commission for Federico II Gonzaga’s new Palazzo Te in Mantua. In another version of the story Romano made the drawings on the interior walls of the Vatican that he was supposed to be decorating (ha!). But it seems that these stories are definitely myths. According to recent research, Giulio Romano gave the drawings to Marcantonio Raimondi as a parting gift when Romano left Vienna to decorate the Palazzo Te in Mantua. Raimondi then made engravings of these drawings.

In 1527, Aretino, poet and political satirist, campaigned for the release of Raimondi.

Angelique and Medor from I Modi

Mars and Venus from I Modi

As you can see the images nominally depicted famous pairings of lovers (e.g. Antony and Cleopatra) or husband-and-wife deities (e.g. Jupiter and Juno) from classical history and mythology engaged in sexual activity, and were entitled as such. The bodies of those depicted show clear influences from classical statuary known at the time. These 18th-century engravings mixed classical myth and history within a contemporary setting—though their intention is still the same—to arouse and “educate” users to the joys of sex.