Artistic Families: Does Having an Artist Parent Seal Your Fate? 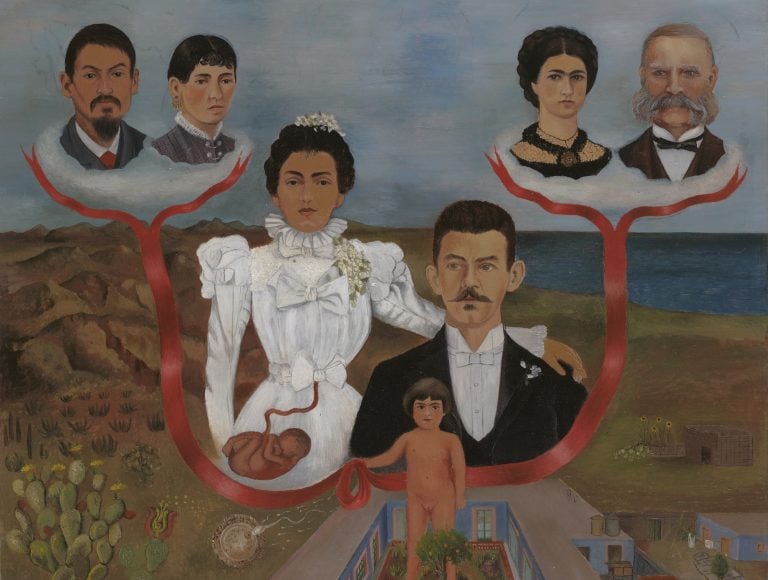 Imagine growing up with an artist mother or father. Watching them create art or making work together could spark your artistic passion. And, influenced and inspired by your parents’ creativity, there’s a good chance you grow up to become an artist. Historically, there are some famous, artistic families whose children seemed destined to become artists themselves. Even today, there are many contemporary artists whose children have decided to pursue the dream of becoming an artist as well. Here’s a look at some famous, artistic families from past to present.

The great, Spanish artist, Pablo Picasso (1881-1973) showed incredible artistic talent from an early age. At just seven years old, he began to learn how to draw from life and paint with oils under the instruction of his father, Spanish painter Jose Ruiz Blasco. His mother, Maria Picasso y Lopez also supported his becoming an artist. However, it was Ruiz Blasco who provided Picasso with the formal artistic training that helped him to develop his artistic skills.

By age 13, Picasso had outshone the artistic abilities of his own father. Jose convinced the officials at the School of Arts in Barcelona to allow Picasso junior to take the entrance exam. Picasso aced the exam in a shorter time than was expected and began attending the art academy. When he was 16, he was sent to Madrid, thanks to the financial support of his father and uncle, to attend the prestigious Real Academia de Bellas Artes de San Fernando.

After a short stay at school, rebellious Picasso went off in his own direction to pursue his passion. Over the years, the artist’s oeuvre expanded to several disciplines that included painting, sculpture, ceramics, printmaking and theater design. As a result, Pablo Picasso is remembered for being one of the most influential artists of the 20th century.

With his muse and lover, Françoise Gilot (French painter b. 1921) Picasso had two children, Claude (b. 1947) and Paloma (b. 1949) both grew up to be artists in their own right. Paloma became a fashion and jewelry designer renowned for her designs for Tiffany & Co while Claude pursued photography, becoming a photojournalist for several acclaimed publications including Vogue, Saturday Review, and Time magazines.

Another artistic family was the Averys. American painters Milton Avery (1885-1965) and his wife, Sally Michel Avery (1902-2003) lived and worked in New York City starting in the late 1920s. Despite an early life full of tragedies, Milton headed in the direction of becoming an artist. He attended the Connecticut League of Art Students in Hartford, Connecticut where he received a conventional, art education. Two years after he met Sally Michel in 1924, they married.

Sally encouraged Milton to pursue his art full time and she financially supported the family for years by working as a commercial illustrator. In 1932, their daughter, March Avery was born. After the birth of their child, Milton attended the Art Students League of New York for over a decade. During this time, he met Roy Neuberger, an American financier who supported the arts. Neuberger admired Milton’s work and offered to support the artist. He exposed Milton’s work to a wider audience in various art museums across America.

Milton Avery achieved fame and recognition as an artist with the encouragement of Sally and Roy. He became known as a master colorist who depicted scenes from ordinary, domestic and city life, natural landscapes, still lifes and portraits. His use of color and simplified forms set him apart from other artists of his time.

Sally’s paintings conveyed a poetic, color harmony with her depictions of everyday people and landscapes. She worked on a small scale and laid the paint on thick. Sally’s work is now part of collections in major museums throughout America and in Jerusalem.

Their daughter, March Avery (b. 1932) also became an artist, finding her talent in painting. From early childhood, she explored the world of art by making drawings, paintings and sculptures. It seemed only natural to her parents that March would grow up to be an artist. Milton advised her not to attend art school, so she didn’t. Instead, she followed her intuition and created oil paintings that mirrored our world using bright and muted tones, sometimes exaggerating the colors.

March shares the same devotion and discipline as her parents. Her son, Sean A. Cavanaugh (b. 1969) carries on the family painting tradition, making it three generations of artists. Sean’s focus is on realistic landscapes made with oils, watercolor and gouache. Both he and his mother live in New York City.

American artist Julian Schnabel (b. 1951) is a painter and filmmaker. He rose to international fame in the 1980s with his “plate paintings’’ – large-scale paintings made on broken ceramic plates. Julian studied at the University of Houston where he received a B.F.A. Following his graduation in 1973, he studied at the Whitney Museum of American Art for three years, completing an independent program. Following the success of his first solo exhibition in New York City at the infamous Mary Boone Gallery, Julian’s reputation started to rise and he quickly became an art world star.

During the 1990s, Julian switched media and began working with film. He became equally successful in this new medium and is best known for Basquiat, Before Night Falls and The Diving Bell and the Butterfly. He received several awards for all of these films including the Grand Jury Prize at the Venice Film Festival and best director at Cannes Film Festival in 2007.

Married three times, Julian has six children. One of his sons, Vito Schnabel (b. 1986) is an art dealer and owner of the Vito Schnabel Gallery based in Switzerland and Vito Schnabel Projects in New York. Vito’s love for art propelled him to support artists and share their work on a broad spectrum. His gallery represents established and emerging contemporary artists that include his father, Julian Schnabel, Italian artist Francesco Clemente, painter Ariana Papademetropoulos and many other notable artists.

African-American artist, Betye Saar (b. 1926) is best known for her mixed media assemblages that address issues surrounding race, femininity and personal memories. She was born and raised in Los Angeles and Pasadena, California. Betye started out studying design at the University of California and later switched her focus to printmaking. During graduate school she met and married Richard Saar, an art conservator and ceramicist.

They had three daughters: Lezley, Alison, and Trayce. The first two became artists and the youngest, Trayce, became a writer. Betye was politically active during the late 1960s and was involved in the Black Arts Movement of the 1970s. She set up a workspace at home and her children made art alongside their mother. Betye also exposed her girls to art in galleries and museums where they learned about the diversity of artists and fed their creative fires.

Inspired by the artwork of their parents and their creative upbringing, Lezley Saar (b. 1952) and Alison Saar (b. 1956) chose the paths of artists. Lezley worked as a studio assistant for both of her parents, later becoming a painter and mixed-media artist. Her artwork expresses themes of gender, race, and beauty.

Alison started out working with their father as an art conservator before finding her artistic voice. She is a sculptor, installation, and mixed-media artist who works with discarded and found objects. Her artwork focuses on Black female identity, spirituality, and the African diaspora. Betye, Lezley, and Alison have all exhibited their artworks throughout the US both separately and together. They have also received several awards for their artworks and have works in major museum collections around the United States.

Do you know any other artistic families? Let us know!