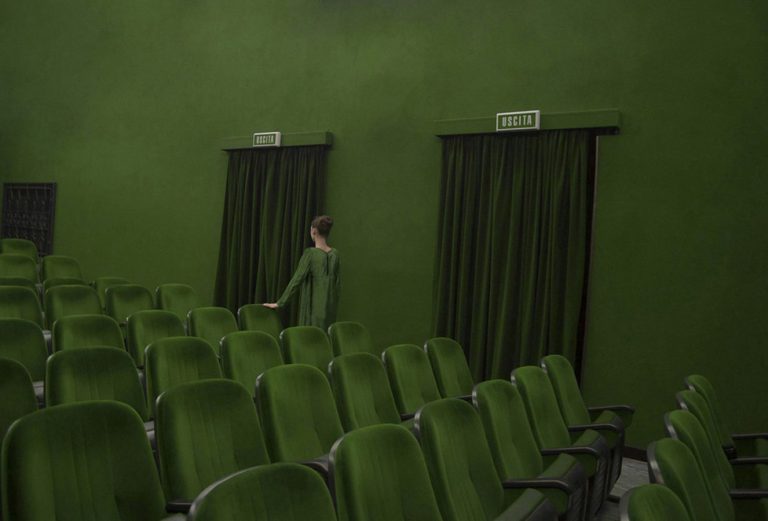 Cristina Coral is an award-winning photographer based in Italy, specializing in creative and fine art photography. She describes herself as a “daughter of art”, photographing what she feels rather than what she sees. Her dreamy and mysterious photographs are like a mirror in which the inner dialogue resides.

Approximately 10 years ago, Cristina Coral chose photography as her primary means of expression after she immediately understood the infinite possibilities that this medium could give her in terms of experimentation and discovery of her surroundings – but mostly of herself. Photography became an imperative language of hers, and as Coral says, her creative process arises from intuitions, observations of reality, reflections, and processes driven by inner dialogue.

Throughout her career, she has collaborated with a variety of brands and magazines such as Vogue, Huffington Post, and Marie Claire. Her works have been exhibited at Galleria Carla Sozzani or Leica Gallery in Milan, at Somerset House London, at Base Milan for the PhotoVogue Festival 2016, at Santa Maria della Scala in Siena, and Contact Photography Festival Toronto.

Living in Italy and having an Italian cultural background influenced her work in many aspects. Her birthplace Trieste, a beautiful city located in the northeastern part of Italy, has been a melting pot and a crossroads for different cultures and religions in addition to a meeting point for painters, philosophers, writers, and musicians from both East and West. It’s a city somehow lost in history.

Besides that, Coral has lived her childhood in an artistic environment because her father, Giampaolo Coral, was a famous Italian composer of contemporary classical and chamber music. The memory of her father, his creativity, and music have contributed to increasing her sensibility and artistic vision and his guidance played a fundamental role in her artistic maturation.

Through the digital eye of the camera lens, she explores the complex relationship between subject and environment. By choosing certain places, interiors, corners, objects, female figures, clothes, and the overall color palette, Coral reaches a photographic dimension that satisfies both her aesthetic sensitivity and our reception.

The locations and settings which the photographer chooses, characterized for their diverse equality, seem to be almost suspended and enclosing the shape, the composition, and the entire structure of her images. They are often the starting point of the story which lies behind her photographs and the key to understanding.

Everything is conditioned by my state of mind: my photography is a kind of suspended vision which goes beyond time.

– Cristina Coral in the interview with the author.

The color palette, the light, the outfit, and the settings contribute to create the aura in order to depict an introspective feminine gaze. Every single aspect plays a major role in her photography, in defining her work in toto. Her research of aesthetics towards beauty is a consequence of a very detailed analysis.

Every story refers to a specific context in which the female figure emerges with a defined story. All her photographic projects are different; some of them are more intimate and introspective such as Hidden beauty or Room stories, others like Alternative perspective or Making architecture have spaces, geometries, and Minimalism as their major players. According to Coral, photography is a private act and the final work exists firstly for the purpose of the creator and must not be communicated but evoked.

Coral admitted to recognize and identify herself in her style which may have come from her personal aesthetic, through and from her way of observing, understanding, and interpreting reality.

Being a photographer driven by passion and curiosity, she considers many things and aspects of everyday life impressive and appealing. When she was younger, she went often to the cinema, the theatre, and the opera with her father from which she also took inspiration to create her photographs featuring mysterious female figures standing behind velvet curtains or sitting in the cinema hall.

The theatre as a place of oblivion allows you to get lost in a dream, far away, in the mystery.

– Cristina Coral in the interview with the author.

With her belief that memories make us who we are, they are also relevant and very present in her work. She is currently working on a project named Overlap of Memories. According to Coral, these are “non-images” of an ancient journey through different realities. She describes the project as a profound experiment and an attempt to lead the observer towards rebelling memories, overlapping their meaning and origins.

This visionary conceptual approach to the use of mixed media defines the artist’s background and roots. The bizarre usage of analog photographs under different formats, among textile layers, can be seen as an asset to an encrypted nostalgic scenario that might be evoked only through memories.

Coral’s photography is minimalistic, enigmatic, and well-balanced. Seemingly simple, but rather, forward-thinking compositions create not only an eye-pleasing sensation and breathtaking atmosphere but also the stories behind her photographs draw us into an environment that only Edward Hopper would create with a brush. They bring a kind of familiar aspect into the almost standard conformist, contemporary aesthetic.